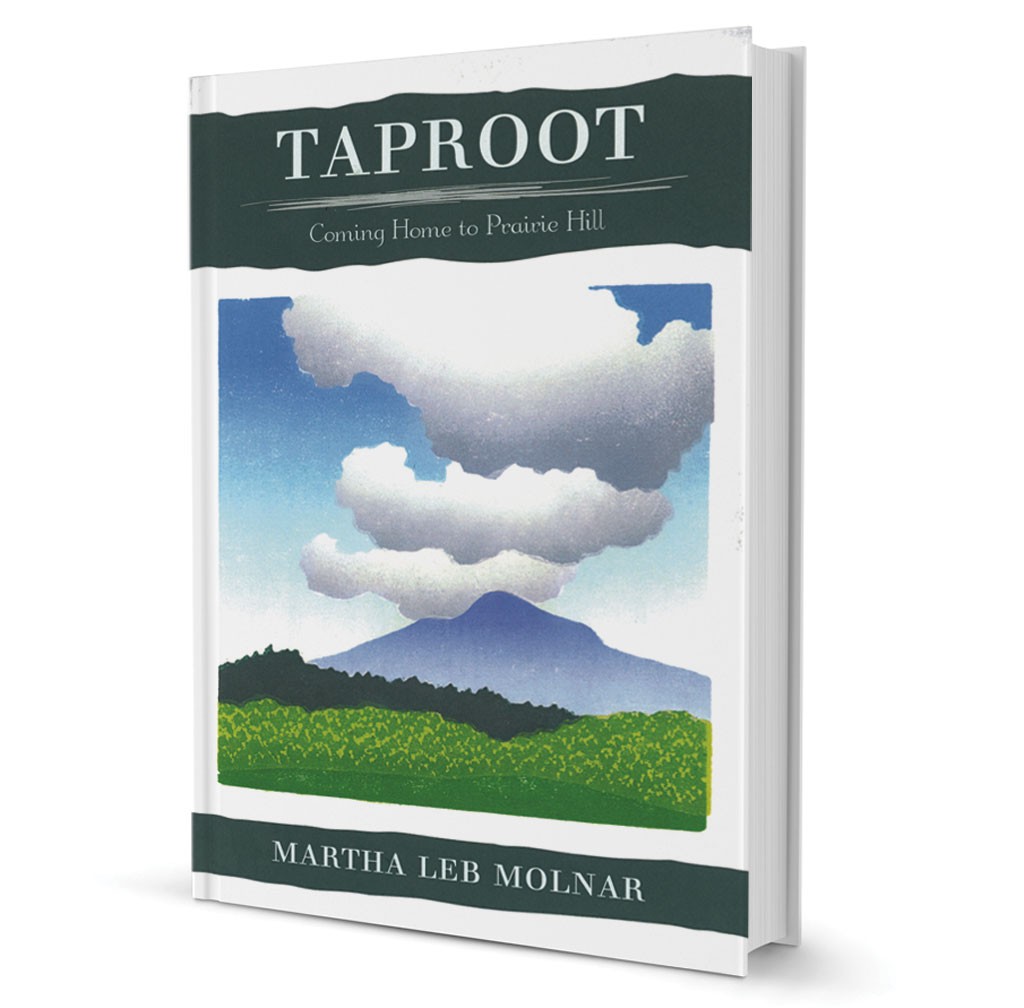 Whenever I read a press release for a new memoir by somebody from the Big City who decided to move to Vermont, I groan. It takes no more than a decade of residence to make one jaded and weary of the newcomers' excited refrains: The landscape is an inspiration. The old-timers are lovable once you get past their taciturn façades. The general store is oh-so-quirky. Winter is daunting, and mud season royally sucks.

Every now and then, though, a coming-to-Vermont memoir offers more than the you-don't-say familiar insights. Martha Leb Molnar's new book Taproot: Coming Home to Prairie Hill drew me in with its early acknowledgment that sometimes we feel pulled to a place for no apparent reason. "We must be hard-wired for our hearts to open to specific places," the Castleton author writes.

The story of Molnar's attraction to Vermont — where she and her husband moved permanently from Westchester County in 2008 — begins with her childhood in communist Romania. Her parents, both Holocaust survivors, had no affinity for the countryside; they believed that "safety, such as there was, was to be found in cities," Molnar writes. Yet when 6-year-old Martha wandered into a forest adjoining an urban hospital, she "discovered wilderness" — and "was bewitched."

Many decades later, as a successful New York professional with three grown children, Molnar would "discover wilderness" again — in Vermont. Thus began a long saga of combing realtors' listings and hiring contractors that eventually ended with the author contemplating Birdseye Mountain from a Frank Lloyd Wright-inspired "prairie house" on a hill once occupied by a dying orchard.

Molnar relates this narrative in chapters that alternate between present-tense meditations on seasonal changes, flora, fauna, the intractability of invasive garlic mustard ("a weed on steroids"), and the difficulty of sitting still and being here now when your natural mode is "fidgety." While the demarcation of these sections from her central "plot" could sometimes be stronger (it's an issue of tense consistency), they hold reams of stellar prose. Take Molnar's description of the last lake swim in late fall ("The daggering light makes the waters translucent"), or of Vermont spring as "a riot of irrepressible gusto, of flowering, leafing, wriggling, budding, of energy suffusing birds, bees, plants and me too."

The author has clearly taken to life in her adopted state: These days she is a Vermont Public Radio commentator, active at the Rutland Jewish Center and the founder of Castleton's "Science Pub" series, where inquisitive folks hear a lecture by a prof or other expert in a pub setting. But, despite this evidence of "fitting in," Molnar candidly (and humorously) admits that she didn't come to Vermont for the social life. Writing about the "New Localism," she assures us that she feels plenty of "benevolence toward my fellow humans ... I especially feel this immense good will whenever I'm away from them."

Much as she loves her neighbors, the author writes, she's discovered with some dismay that in Vermont "an open invitation means showing up any time, without forewarning. As we learned when neighbors came and stayed. For hours. Not just a couple of hours. Multiple hours, whole chunks of a day."

The urban-rural culture clash leads to some amusing situations — as when the couple hires a pair of "stone artists" to build their patio who refuse guidance, averring that "The stones will tell us" where they want to go. (Those stones turn out to know what they're doing.) Vermont, Molnar discovers, isn't an easy place to micromanage anything, particularly the new construction of a "green" house in a distinctly nonlocal style.

For all her frustration with the state's inertia (particularly Act 250's byzantine demands on new septic systems), Molnar pays tribute to Green Mountain patience. She lauds the state's looser class structure, in which work is "rarely discussed and never used to establish rank." "In Vermont, much of the time, you can't tell a book by its cover," Molnar writes. "Its people don't fit into covers, no matter how roomy, oddly shaped, elastic."

Such statements, of course, are generalizations from an outsider's perspective, and bound to be contradicted by individual places and circumstances. (When it comes to work and rank, Burlington isn't Rutland isn't Castleton.) But that outsider's perspective is illuminating — and, given the lyricism of Molnar's prose, often inspiring. She demonstrates that, no matter how many newcomers sit down to write about Vermont, the talented ones will still find something new to say.

The original print version of this article was headlined "Quick Lit: 'Coming Home' to Vermont"