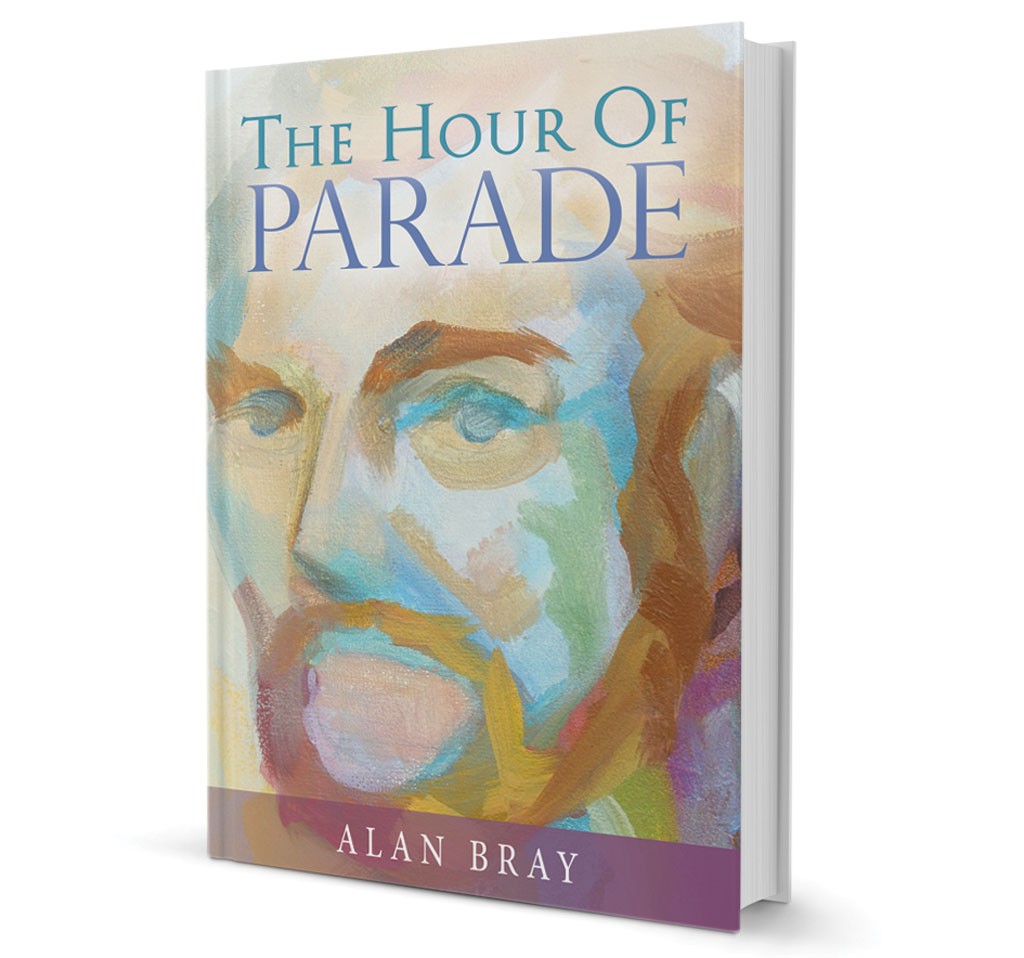 The Hour of Parade, by Etna, N.H., author Alan Bray, is a psychological novel on par with Irvin D. Yalom's When Nietzsche Wept. Both writers have used their experience in the field of psychotherapy to enrich and complicate their fictional characters. (Bray retired to New Hampshire from a psychotherapy career in Michigan.) Both writers also use historical fiction — Bray's novel is set in 19th-century Europe — to expose those things that make us both flawed and admirable as human beings.

It's rare to find a self-published novel of this quality in craft and execution. Bray uses third-person omniscient narration to get us inside the heads of his characters, and he beautifully details his period settings: military uniforms, ladies' apparel, apartment living with servants, the cobbled streets of Munich jammed with churches and cafés. Take this passage: "His footfalls echoed and disappeared against windows made from sheets of plate glass. The street much better drained than those in Brest-Litovsk or Kraców, the gutters swept clean. But here and there, patches of dark ice touched the cobblestones, and he shortened his stride to avoid a fall."

Opening during a lull in the Napoleonic wars, the novel explores a Russian cavalry officer's conflicted efforts to avenge the death of his younger brother at the hands of a French cavalry officer. Alexi Ruzhensky's brother, Mischa, was killed in one-on-one combat as the prelude to a larger battle. Differing reports of how each combatant handled himself complicate Ruzhensky's task, which was imposed on him by his father, a wealthy landowner and former general.

When Ruzhensky tracks down his brother's killer in Munich and comes to know him, he begins to doubt the side of the argument that would justify making Louis Valsin pay for Mischa's death. Valsin and Ruzhensky have much in common: Both are haunted by the death of Alexi's brother; both love the same woman. Furthermore, both feel helpless in the hands of fate as the potential for violence seethes below the surface of their developing friendship and their shared concern for personal honor.

Bray creates two leading men and two leading women who are achingly realistic because they are psychologically complex. We care about them. The men are strong of will, intelligent, conflicted. The women are stronger of will and more conflicted, as they must deal with even more complications in their lives.

This is an era in which single women, even when in love and loved in return, are still viewed by their "keepers" as mistresses and by those on the street as whores. Loved or not, they are easily discarded and worry constantly. The interior monologue of one exposes her uncertainty: "The future, it's not a time Valsin and I can speak about, not a time I should even think about. With luck, we'll be together till spring, maybe a little longer. But beyond that, as hard as I look, all I can see is falling once again into a black ditch I can't climb out of, swallowed up."

By contrast, the men are most concerned with battles past and future, with questions of honor and allegiances, while weighing love in the balance. Everyone is off-balance and looking for answers.

Rather than focusing on the armies clashing in this age of warfare, Bray keeps his conflicts mostly psychological. Battle scenes appear in small snatches of memory as characters try to reconcile their understanding of themselves and events. Much of the novel's tension comes from Ruzhensky's unwillingness to complete his dying father's request for vengeance, and from his discomfort with his father's expectations that he marry well and take over as lord of the estate. None of these scenarios sits well with Ruzhensky.

Even though we are drawn to the characters, the book features enough improbable plot tangles to make the reader pause. For example, Bray describes a significant female character dressing as a man, going into battle on horseback and wounding a significant male character who later becomes her lover. This almost fantastical scenario stands out in contrast to the writer's obvious careful research on 19th-century Europe. Bray has presented the remarkable as fact. If we read in a newspaper that a construction worker fell several stories and was saved from injury in the final seconds of descent when his suspenders latched onto a protruding beam, we shake our heads and praise the man's good luck. But when we encounter such a scenario in fiction, we shake our heads and say, "Not very likely."

With Bray's book, however, we shake our heads and continue to read. The novel's strengths in portraying character outweigh its plot manipulations.

Over those characters and the streets of Munich loom the onion domes of the city's cathedral, much like the moral barometer of an ever-present church in a novel by Flaubert. Like Flaubert, Bray leaves good and evil unclearly defined in this tale. Unlike Flaubert, he keeps his chapters short and intense with emotion, and very modern in exposing the multiple selves we carry around with us.

The original print version of this article was headlined "Quick Lit: Love and Death in the Age of Revolutions"