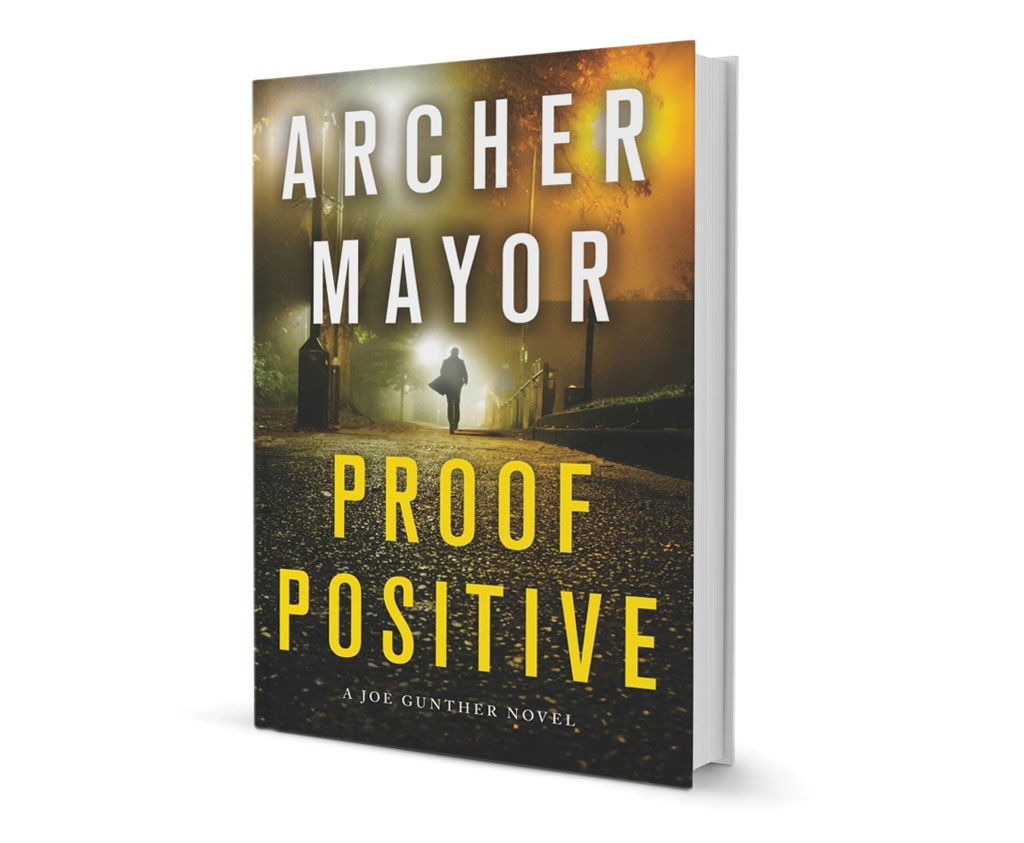 Benjamin Kendall, a Vietnam vet with PTSD and a severe hoarding disorder, is found dead in his home, crushed by a mountain of papers. But was it an accident? Or made to look like one? Medical examiner Beverly Hillstrom finds the autopsy results inconclusive — and unsettling. And not just because Ben Kendall was her cousin.

Archer Mayor wastes no time in presenting a body, and setting up a riveting whodunit, in Proof Positive. That is the point, after all, of detective fiction, and the Newfane author gets to it with alacrity. What sets his Joe Gunther novels — this is Mayor's 25th — apart in the crowded field of murder mysteries is their Vermont setting. Readers who happen to live in the Green Mountain State get the bonus of familiarity: with the landscape, towns, history and even, at times, the very buildings in which the stories unfold.

Then again, most local readers are likely not familiar with the seedy underbelly of Vermont that Joe Gunther — head of the state's (fictive) Bureau of Investigation — and his stalwart crew routinely navigate.

As fans of the series know, down-to-earth Joe and crisply brilliant Beverly, longtime professional colleagues, became lovers several books ago. (To his credit, Mayor has always given the role of romantic lead to a strong and competent female character.) But Beverly, after examining the remains of her cousin, doesn't call Joe for a hug; she calls him for help.

Ben had been a photographer during the war, Beverly tells Joe, and recently picked up the camera again ... to shoot strangely beautiful, enigmatic images of the piles and tunnels inside his home. Surprisingly for a recluse, he allowed Beverly's daughter, Rachel, a student at the University of Vermont, to make him the subject of a video documentary. When Rachel discovered Ben's cache of photos from Vietnam, she persuaded him to include some of them in an exhibit at UVM's Fleming Museum, alongside his artful photos of trash.

Unfortunately for Rachel, as Joe soon discovers, someone else wants the rest of Ben's wartime photos — desperately enough to kill for them. But who — and, all these decades after Vietnam, why?

The escapade that follows sends Joe on a search that extends as far as Philadelphia, where a woman has been found tortured to death. She, of course, is germane to Mayor's quickly thickening plot. Hers and Ben's are not the only bodies that will turn up in this tale. And Joe's job is not only to solve the murders, but to protect Rachel from the same fate.

While Mayor is adept with adrenaline-rush pacing, he has a more satisfying talent for pausing just long enough to develop a scene, or a character, with evocative description:

Owen Baern drove an unmarked four-wheel-drive vehicle to the end of a badly rutted, overgrown dirt road that finally ran out of ambition at a clearing on the edge of Ben Kendall's property. It was past the foliage season, and what leaves were slated to fall had done so, leaving a skeletal superstructure of stark and empty hardwoods crowding in from all sides, as well as a dark blanket of rotting vegetation underfoot. To Joe's eyes, it set the perfect backdrop to the bleak, time-pummeled collection of aging buildings before him, guarded by a thrown-up palisade of twisted and rusting machine parts that made the totality look like some sole survivor's last stand in a postapocalyptic wasteland.

Mayor's novels have a literary quality in moments like these — moments that are sometimes like the precious few seconds at the top of a roller coaster.

Proof Positive offers the inevitable red herrings, subplots and twists of the genre, but it also enriches its readers simply by dropping us into the lives of Mayor's central characters, just as the 24 volumes before it did. And while the author has allowed his engaging cast to evolve over time, we can be grateful that neither Mayor nor his players have yet aged out of their roles.