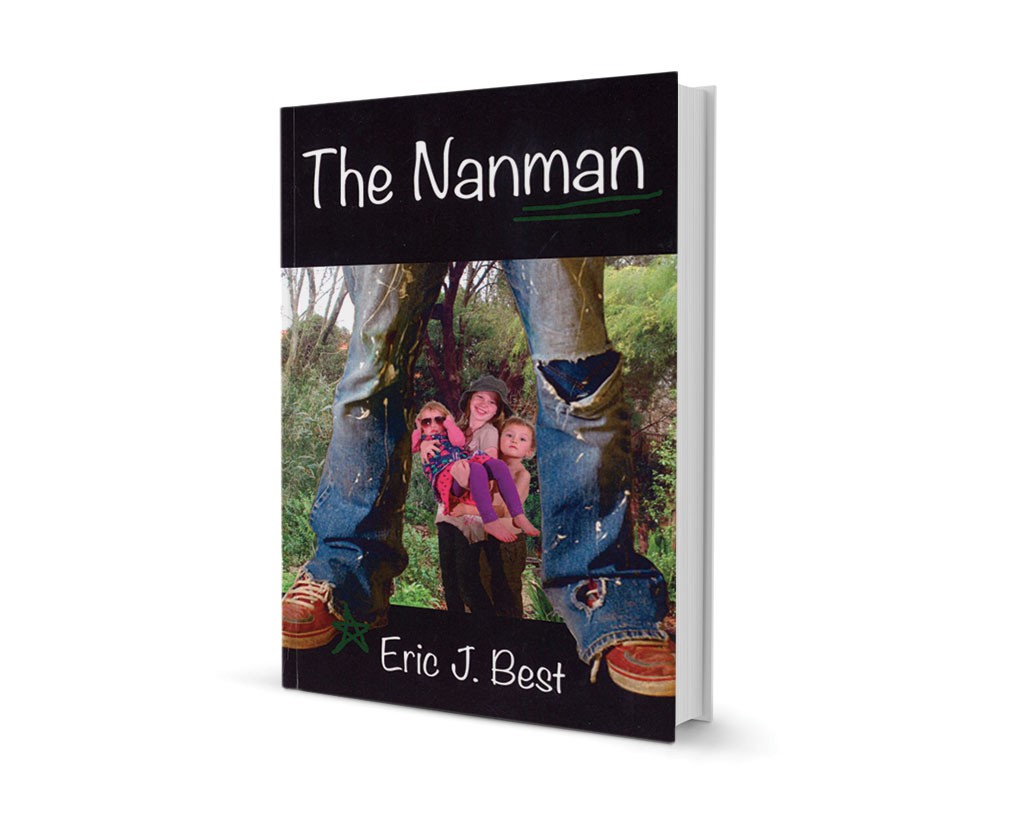 Would a harried single mom feel tempted to answer this unorthodox classified ad? That's the premise of The Nanman, a new self-published novel from Vermont author Eric J. Best. Best has been putting out a gritty futuristic series called The D Generation, so this high-concept romantic comedy set in Burlington is a major change of pace for him. It's also surprisingly charming.

The guy who placed the ad — while he was tipsy — is Dez Daniels, a devoted stay-at-home dad whose wife just deserted him and took the kids with her. He needs an income, fast. The woman desperate enough to call him is Cecile O'Brien, a stressed-out professional whose husband pulled a similar disappearing act — only he left her with three rowdy kids and no nanny. Logistically, they're a match made in heaven. Romantically ... well, that takes more time.

It sounds like a Jennifer Aniston movie: Laid-back, granola Super-Dad (Dez lectures Cecile on the virtues of raw milk) transforms brittle urban woman and her hectic home. Unlike most rom-com writers, though, Best gives his central characters enough emotional depth and sassy repartee to have believable chemistry. Both are reluctant to jump into love after failed marriages, and neither is waiting around to be "transformed" by a perfect partner.

The book has serious undertones, too. Best makes a convincing argument for dads who choose to stay home, backed with parenting cred. (A passage where Dez catalogs the different species of mom at Al's French Frys, from "passive" to "hyper-vigilant," is particularly amusing.) The author eschews stereotypes about Mars and Venus in favor of frank reflections on the difficulties of a homebound parent of either sex relating to one who spends all day in a fast-paced, exciting workplace. Dez wonders if his wife left him because he'd become soft bellied and "passive," like the traditional housewife. "Marriage was tenuous in this kind of society," Best writes, "but what was the solution: go back to the fields?"

Given the complexity of these concerns, it's unfortunate that Dez's ex comes across as a cardboard villain. The book has other flaws that could be fixed by a rigorous edit. But overall, it's a brisk beach read with surprising insight for its genre, and Best is a writer to watch.

Before Chittenden County filled with type-A professionals debating the benefits of raw milk, large sections of it were practically rural. Among them was Weed Road in Essex, where Grant Corson moved in 1961 and still lives today. The retiree reminisces about his decades on the grassy road — where he raised "one homemade daughter" and six adopted kids — in a self-published series of essays called The Weed Road Chronicles, many originally published in the Essex Reporter. Whether Corson is relating old-timers' stories about the Great Flood of 1927 or waxing eloquent on the many uses of duct tape, it's vintage Vermont.