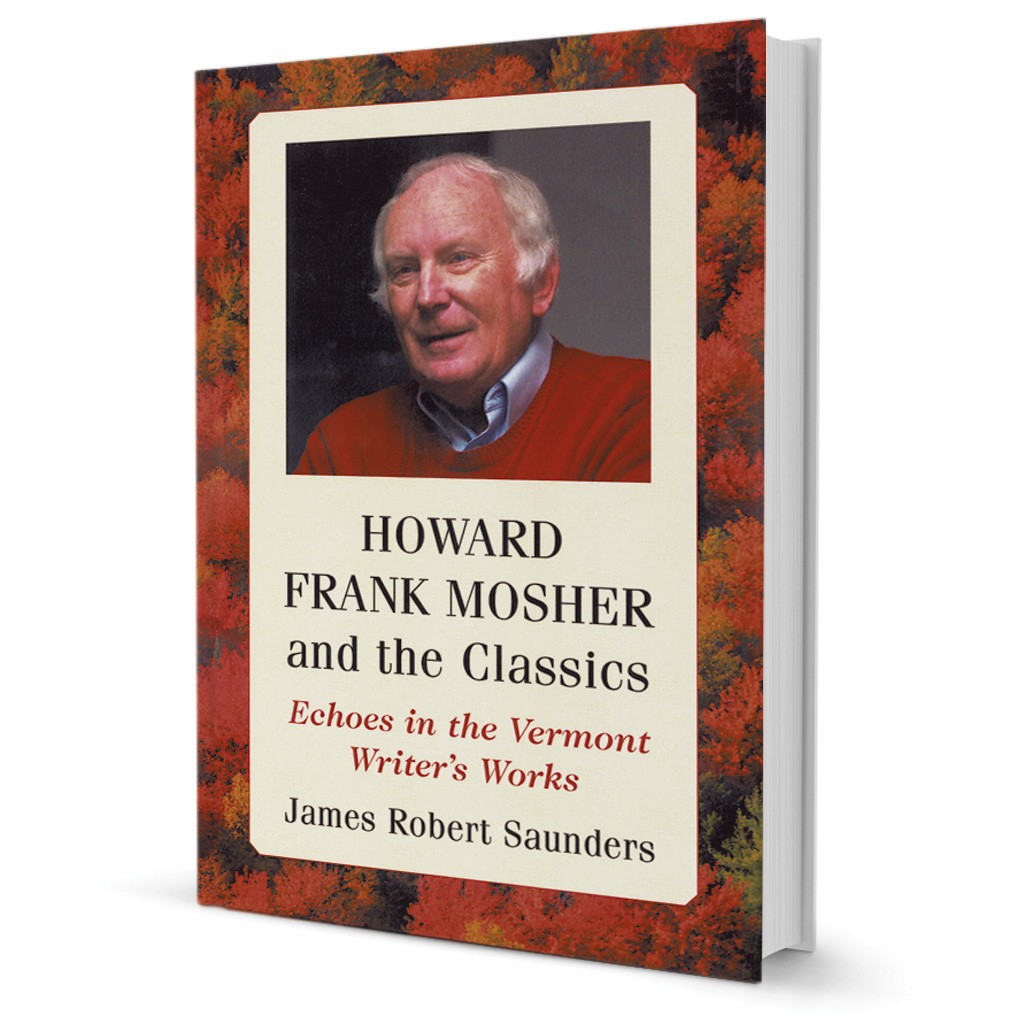 "I've been hiding out." That's what Howard Frank Mosher reportedly told Purdue University English professor James Robert Saunders in 2010, after Saunders asked him "how he ever avoided being discovered."

While Vermonters may want to keep the drily self-effacing writer their little secret, Saunders wasn't having it. A fan of the Northeast Kingdom author's works, the Indiana prof had noted a dearth of Mosher scholarship. He decided to remedy the problem, and the result is Howard Frank Mosher and the Classics: Echoes in the Vermont Writer's Works, published in March.

In this accessible scholarly work, Saunders traces Mosher's literary lineage, drawing parallels between his novels and classics such as The Red Badge of Courage, Huckleberry Finn, Moby-Dick and To Kill a Mockingbird. Conversations with Mosher and study of Vermont history also inform his work. In examining the depiction of female exploitation in Mosher's novel Marie Blythe, for instance, Saunders notes that "Vermont was at one time notorious for its carnival strip shows" and discusses Susan Meiselas' photographic record of those entertainments.

It's good to be reminded of the grittier side of an author who's come to be associated with all things olde-tyme Vermont — even if it took a Hoosier professor to give Mosher his due in book form.

The Bookstock Literary Festival has announced its headliners: poets Billy Collins and Louise Glück, both former U.S. poet laureates. A keynote speaker will be novelist Anita Diamant, author of book-club favorite The Red Tent. Look for them in Woodstock during the sixth annual fest, which runs July 25 to 27. More info at bookstockvt.org.

Peggy Sapphire of Craftsbury has won honorable mention in the health category of the 2014 Eric Hoffer Book Awards for The Disenfranchised: Stories of Life and Grief When an Ex-Spouse Dies. The collection of experiential essays and poetry by various writers, which the poet and educator contributed to and edited, was lauded for its sensitive treatment of "grief one step removed by a previously dissolved marriage."

The Disenfranchised: Stories of Life and Grief When an Ex-Spouse Dies, edited by Peggy Sapphire, Baywood Publishing, 246 pages. $29.95 paperback.