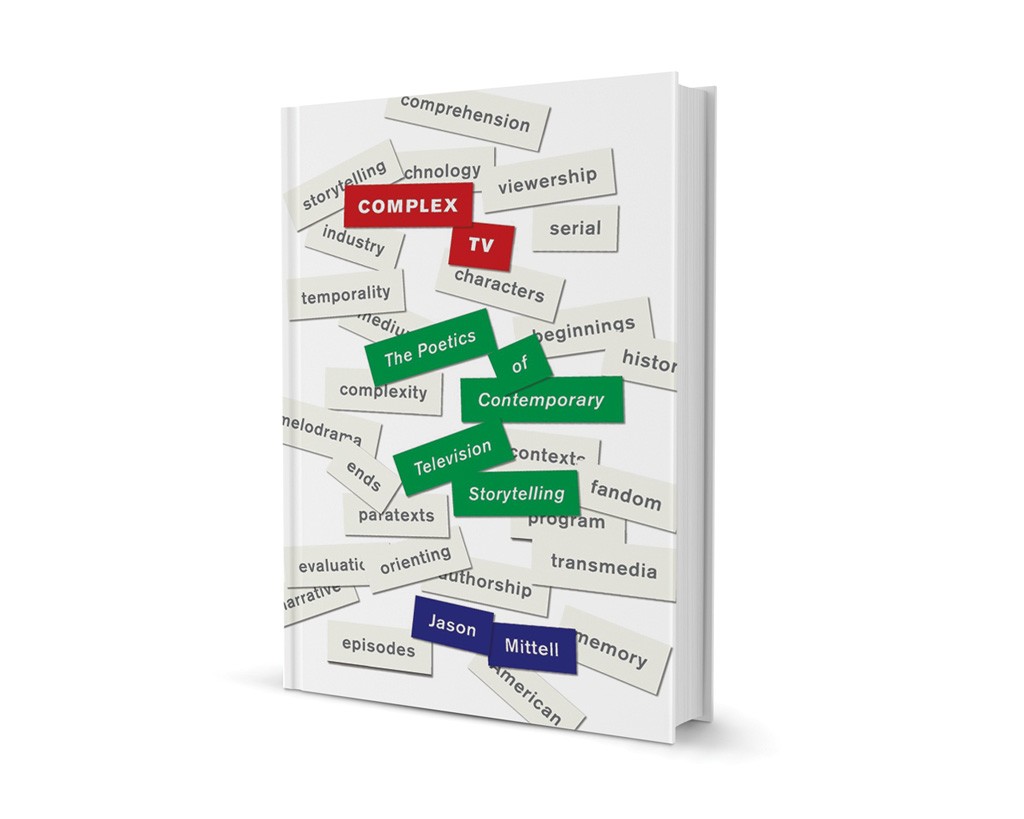 Pop quiz: Why was the ending of "The Sopranos" controversial? Who said, "I am the one who knocks"? Which show made its fans obsessed with a briefly glimpsed map painted on a blast door?

If your answer to all of the above is "No idea" or "I don't even own a TV," then you're not the ideal audience for the new book from Jason Mittell, a professor of film and media culture and American studies at Middlebury College. But if the questions made you nod in recognition, and your "TV set" is just as likely to be a laptop or tablet, then you'll find worthwhile insights and provocations in Complex TV: The Poetics of Contemporary Television Storytelling.

So what exactly is "complex TV"? Mittell emphasizes that it's not a synonym for "quality television," the term some critics have used to defend the fancier offerings of the so-called boob tube. Rather, complex TV brings the mechanics of storytelling to the fore in a way that forces viewers to think — and sometimes obsess — about them.

In the traditional episodic model of TV storytelling, the fictional world "reset[s] back to a steady-state equilibrium at the end of every episode" — think of Maggie Simpson never leaving babyhood. Starting in the '90s, popular prime time shows increasingly embraced a second model: serialization. Fans of "The X-Files" tuned in not just for the monster of the week but for an overarching mystery.

While the serial format started with daytime dramas, Mittell demonstrates how complex TV diverged from its soapy forebears. Some of these shows are structured around intricate mysteries, such as "Lost" and "Twin Peaks"; others experiment with unusual narrative devices, such as the real-time gimmick of "24." Almost all of them play with expectations to intrigue and disorient the viewer, and most of them rely on the assumption that viewers will watch every episode and engage in online discussion.

In other words, fans of complex TV bear scant resemblance to the archetypal couch potatoes who watch whatever's on. Anyone who's ever flipped to a random episode of "Breaking Bad" or "Game of Thrones" will know why — these shows don't make much sense out of order.

For decades, Mittell writes, scholars have used "the language of literature or film" to analyze TV narratives, based on "the assumption that television storytelling is simplistic." But complex TV demands its own vocabulary, and Mittell provides it, exploring concepts such as "forensic fandom," "drillability" and "authorship by management."

Mittell's book is designed for students and scholars of contemporary American media, and it's not the easiest browse for the lay reader. Terms such as "reader-oriented poetics," "reflexive storytelling strategies" and "parasocial engagement" fly thick and fast.

But Mittell is also a complex TV fan — he served as a site administrator of the popular "Lost" fan wiki Lostpedia — and his own engagement is evident on every page. Unlike many academic critics, he admits to having favorites (for the record, they're currently "The Wire" and "Breaking Bad").

Mittell's chapter on "Evaluation" explores how viewers arrive at those likes and dislikes, elaborating on his own distaste for "Mad Men" as an example. Even Don Draper's admirers will admit Mittell makes fair points — and, more importantly, doesn't fall into the common academic trap of treating the opposing viewpoint as a political or aesthetic regression.

These days, the web is full of amateur "TV scholars." Fans of all ages can quote readily from TV Tropes, an exhaustive — and addictive — wiki of every cliché or narrative device ever used on the small screen. (Did you know that "The Wire" contains several examples of the Dying Moment of Awesome trope?)

Despite his academic bona fides, Mittell has no interest in pulling rank on those analysis-obsessed fans. Instead, he lets their insights enrich his effort to establish complex TV as a legitimate subject of academic study. That legitimation project may not matter to anyone outside the ivory tower. But Mittell's compelling arguments about topics such as anti-heroes and melodrama help us see the bigger picture when it comes to the small screen.

And perhaps the big one. Why are the Marvel movies increasingly overwhelming for a casual moviegoer? Building on Mittell's thesis, I'd argue that their makers are trying to cram the narrative strategies of a complex TV show into a cinematic spectacle. These days, every piece of popular entertainment seems to belong to a series or a "saga" sprawling across different media. How did young fans develop the attention spans they need to grasp these vast story worlds? This book suggests we give some credit to the much-maligned, soon-to-be-obsolete TV set.

The original print version of this article was headlined "Quick Lit: Professor TV"