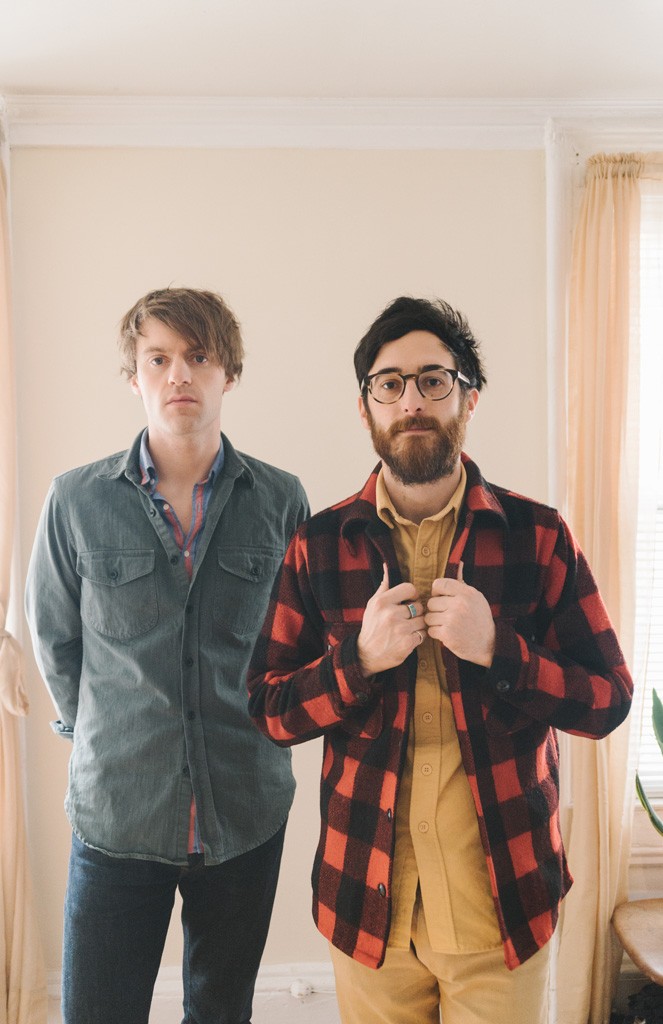 Since forming in 2005, Brooklyn's Woods have evolved from a recording duo noted for lo-fi, experimental folk into a commanding live act whose multifaceted suites have grown increasingly psychedelic. On their latest album, With Light and With Love, Woods marry their affinity for spacey drug music with their humble bedroom-pop roots. The result is a record that's both sonically expansive and emotionally intimate. The album leans as heavily on the clamor of unconventional percussion, singing saw and an old saloon piano as it does on classically sticky melodies and powerful pop hooks.

In advance of the band's show at the Higher Ground Showcase Lounge this Sunday, May 11, Seven Days caught up with Woods cofounder and multi-instrumentalist Jarvis Taveniere by phone from the road in Texas.

SEVEN DAYS: Do you guys enjoy the grind of touring?

JARVIS TAVENIERE: I enjoy it. It's fun to play every day and get tight. It's also a weird headspace. I feel like you have to become a character, just go crazy in the van to become a maniac version of yourself. It can make for some fun shows.

SD: Deal. How has your approach to making records changed over that span?

JT: Well, the first four were made basically without a band. They were just recording projects. We were hiding from the world in our bedrooms and living rooms and making things that we thought were cool. We really weren't thinking of the outside world and who would hear it. We didn't think about technical stuff people might think about when making a record, what the press would think or any of that. But now we're a full-time band, so it's a different beast.

SD: So you're more conscious now of what the outside world might think?

JT: Maybe a little. One thing that has always been the key and has stayed the same is that we only record when we're excited to do it and we feel comfortable, as opposed to going into a studio we don't know very well. We take comfort in capturing our enthusiasm. It's a natural progression.

SD: But this was the first time the band has recorded in a proper studio.

JT: It was cool. And it's a studio I had worked in previously with Quilt, who we're on tour with now. We had a bunch of material we had been working on and just kind of slipped in when the Quilt sessions were done. And it was comfortable because I knew the engineer already. So it was just an extension of what we usually have done. The biggest difference was me being able to not think like an engineer and just be in the band.

SD: And you tracked the band live this time, which was different from other records, right?

JT: That was a big difference. We had been on tour for, like, two years after the last record. So we were becoming a good band and we were interested in capturing the way we interact and play off each other.

SD: Would you say that was the key to the album, then, translating the live band to record?

JT: I would. We had been such a studio band for so long and were finally confident as a live band. So we wanted to make a record that captured that but wasn't a huge departure style-wise. In my mind, it's almost a "best of," a record that touches on all the things we play around with, whether that's 10-minute, one-chord jams, or folk stuff, whatever. We wanted to see it through, instead of half-finished ideas, which is kind of what the first records were, intentionally.

SD: I read a recent Noisey interview you did in which you talked about Woods sometimes getting lumped into the jam scene. I had no idea that was an issue for you. I don't think I would ever mistake Woods for a jam band.

JT: It's not jam-band people who do that. It's more the indie-rock people, who see some sort of musical references to hippie music. It's something that's sort of true. But it's funny when you hear people say we're some kind of hippie thing. I don't think it's hippies saying, "You guys are one of us." I wish. That might make things interesting.

SD: Well, there are certainly few fan bases as rabid as jam-band fans. Could be a good career move for Woods.

JT: It's true. We tried to break into the jam-band scene half-jokingly once. Who do we know? Who can we call to get the opening slot for some jam band? It's funny. This doesn't always happen, but there are certain parts of the set where we jam. And there are structures when we stretch songs out and we'll know to change together. And then people applaud after that, like when you go to a jazz show after someone solos. It happened last night in Houston and I was, like, "Fuck, we gotta get in the jam-band scene. Where are our people?" I like playing pop songs, but when you tap into something, a jam or whatever, and do it well, and the crowd is with you, it can be pretty amazing.