Q: Describe a time when you discussed with your child the importance of telling the truth. | Kids VT | Seven Days | Vermont's Independent Voice

Q: Describe a time when you discussed with your child the importance of telling the truth. 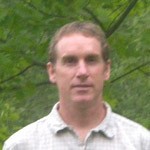 In elementary school, our daughter and her classmates were asked to share stories about family. When she described a very sensitive family event — the passing of an older sibling — her teacher questioned the veracity of her story. The questioning of her honesty by a previously trusted adult was devastating for her.

After a day or two, our daughter tearfully spoke to us about what happened. Since the adults in her life had always emphasized the importance of being honest, our daughter was bewildered, and saddened, by this experience. A conversation ensued with the teacher. She admitted questioning our daughter's story, attributing it to a young child's fantasy.

After making a plan with the teacher to rectify the situation, we moved on to numerous follow-up talks with our daughter. In an interesting twist, these talks often came back to the challenges of telling the truth, even when the truth seems glaringly apparent in both your head and your heart. The notion that honesty and truth trump all else was not the message learned by our daughter in this particular experience. She did, however, learn the power of sharing her story with other trusted adults, seeing them advocate on her behalf and witnessing an adult take ownership of a misguided step. 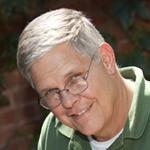 When our son, Zach, was in eighth grade, he had one of those typical 10-point quizzes in his science class. He got it back with a perfect score. The classroom practice was for the teacher to go over the quizzes, and when the teacher did this, Zach realized that one of his answers was wrong, but the teacher hadn't marked it wrong. He wasn't sure what to do.

He didn't do anything in the classroom, but he asked Leslie [my wife] and me about it. He had this interesting logic: The teacher made the mistake, so why should he have to pay for that?

My point about telling the truth has always been that, at the end of the day, you have to be able to live with yourself — the notion of personal integrity. Zach did go to the teacher and explain the situation. The teacher took the quiz from him, put a -1 on top, changed Zach's mark to a 9 and then wrote "+1 for honesty." The teacher handed the quiz back and said, "Congratulations, you got a perfect score." This validated Zach's thinking about the importance of telling the truth and the idea that telling the truth ... leads to its own rewards. 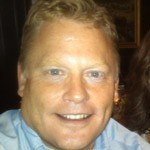 One of the lines I keep repeating is, "Honesty is the best policy, even if it hurts." I also tell my sons, "Look, guys, if you don't tell me the truth, I can't help you out of a difficult situation."

I've sometimes told them a story from my dad's childhood. When he and his two brothers were young, their mother bought them black Oxford shoes. I guess my dad scuffed his up pretty badly. He asked his older brother about it, and his brother told him to take a match, light it, blow it out and rub the burnt end on the scuff marks. So my father went into his closet and closed the door. He came down a few moments later, saying the closet was on fire. He and my uncle discussed whether they should tell anyone about it. Long and short of it — the house burned down.

I use this as an example of when it's better to tell the truth right away. [My wife and I] haven't had any problems, mainly because we played the heavy card early — letting our sons know what we expect from them — just like my parents did. 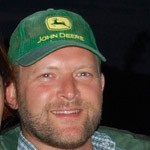 My 4-year-old daughter has an active imagination and makes up stories on practically a daily basis. They're very detailed. On numerous occasions, my wife and I have asked her caregiver or preschool teacher about specific events she told us about, only to find out these things never occurred.

It is pretty innocuous at this point, but there have been times we have wondered if we should take it more seriously. On the few occasions when we have questioned a story we knew was improbable, she has been so adamant that the events transpired that we just chalked it up to a healthy imagination and let it be. We figure she will grow out of it, which actually strikes us as kind of sad because we appreciate her creativity.

Of course, if the storytelling continues, and someday her stories are a cover to get her out of trouble for one reason or another, we'll have to put the brakes on. In the meantime, we just hope she puts her skills to good use and maybe becomes a successful fiction writer some day.

"Go Ask Dad" is a monthly feature in which we ask fathers to answer a question. Got a question, or a pop you'd like to hear from? Email us at ideas@kidsvt.com. Erik Esckilsen is a freelance writer and Champlain College instructor. He lives in Burlington with his wife and twin daughters, and their dog.