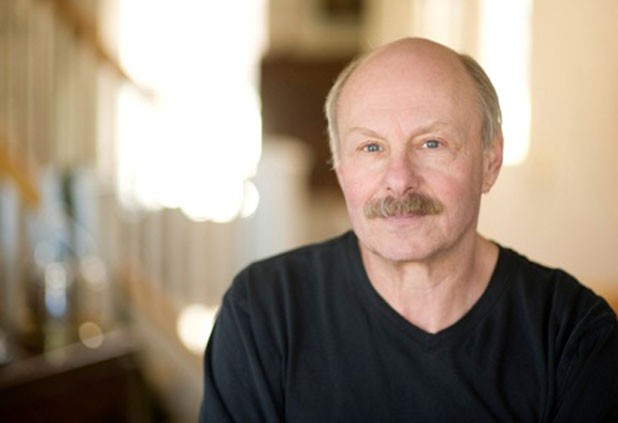 Radical environmentalist James Howard Kunstler shares an Old Testament prophetic shtick with radical abolitionist John Brown — who, not surprisingly, is one of his heroes. Just as Brown thundered righteously against slavery and foretold its end in a bloody cataclysm, so too does Kunstler call down damnation on today’s consumerist and car-centric society, which, he predicts, will soon meet its doom.

The author of five novels and 10 nonfiction books, Kunstler, 63, ranks as the country’s foremost critic of all things suburban. His influential 1994 polemic, The Geography of Nowhere, attacked suburbia on cultural and social as well as environmental grounds. Kunstler drew further conclusions about the unsustainability of automobile dependence in The Long Emergency (2005), in which he argues that an approaching scarcity of oil will force Americans to re-create smaller-scale, more self-reliant communities.

His forthcoming book, Too Much Magic, will examine what Kunstler describes as the “techno-narcissistic” view that American ingenuity will ward off the worst effects of climate change and produce alternate forms of energy that will allow the country to remain affluent and cosseted.

Seven Days interviewed Kunstler by telephone in advance of an upcoming lecture at the University of Vermont entitled “The End of Cheap Energy.” He spoke from his home in Greenwich, N.Y., about 15 miles from his former town of residence, Saratoga Springs.

SEVEN DAYS: Why did you move?

JAMES HOWARD KUNSTLER: I found a place with two or three flat acres where I can garden and that’s within walking distance of the village of Greenwich. Saratoga was getting too expensive for me.

SD: You’re giving a talk next week at the University of Vermont. What’s it about?

JHK: I’ll lay out the need for new arrangements of daily life that are way beyond what many people can imagine today. I’ll examine the crazy idea that we can switch the type of fuels we use and still keep all our shit running. I’ll attack the notion that we can run Walmart on wind, solar and algae. That’s part of the bundle of delusions that’s very dangerous and is going to get us into a lot of trouble.

The truth is that none of the alternate fuels we know about now will provide us with even a fraction of the power needed to run all the systems and subsystems required for American life as currently configured. It’s impossible, really.

SD: But there’s all this talk now about vast new reserves of fossil fuels available in shale and in the Canadian tar sands.

JHK: It’s bullshit. It’s complete nonsense to think we can become energy independent in terms of oil and gas. The energy from the tar sands is not a lot in comparison to the way the world uses energy.

The assumption that oil and gas will remain abundant or that we can keep living in the same way with other types of energy reflects the delusional thinking that’s so prevalent now. And I include the environmental community in that.

Every year I go to the Aspen Environmental Forum, which is a gathering of elite figures in the environmental movement. They don’t want to talk about making other arrangements but instead about how we can keep running cars by other means. They don’t see that we’re going to have to inhabit the landscape very differently than we do at present.

We’ve spent the last half century constructing an armature for daily life that has no future. And that fact is going to create an enormous psychological problem. We’re so invested in the current arrangements at every level that the process of letting go will be very hard.

I would characterize our psychological problem as one of techno-narcissism. It’s the belief that technology is going to save our ass.

SD: You don’t think Americans will be driving electric cars some years from now?

JHK: There’s no way we’re going to electrify the current American car fleet. There will be some electric cars for a while. Some people will be able to get them, but motoring will become more and more an elite activity that will be greatly resented by people who can no longer afford it.

We’re going to become a far less affluent society. It’s already happening. Municipalities are going broke, and they won’t be able to maintain the fabulously elaborate road systems they’ve got now. There will be a triage process whereby some roads just don’t get fixed.

The energy problem ties into the capital-formation problem. There will be less capital available for buying cars on installment, which is how most Americans buy them now.

We need walkable communities and much better public transportation. And that had better include conventional railroads, because we’re too broke to build high-speed rail.

SD: Burlington specifically and Vermont generally see themselves as environmentally progressive. Yet at the same time, there’s a lot of resistance to dense development, which would seem to be necessary if we’re going to overcome suburban sprawl.

JHK: We’re going to reach a point where our municipal planning codes will be completely ignored. Cities won’t be able to afford enforcement personnel. Attitudes will necessarily change.

[The 19th-century German philosopher Arthur] Schopenhauer traced the way epochal change occurs in society. He said radical new ideas are ridiculed at first, then they’re violently suppressed and eventually they’re accepted as self-evident. We’ll see that unfold with the recognition that suburbia and everything connected with it is in a state of failure.

It’s happening with the national retail chain model. We’re about to see Sears go out of business. It’s not the first, and it won’t be the last.

Burlington, by the way, isn’t special, and neither is Saratoga. The outskirts of Burlington look like Hackensack.

SD: What will a gallon of gas cost a year from now?

JHK: The price of oil will be very volatile. When it goes high enough, it will start to crush economies, which will lead to huge demand destruction and thus a fall in price.

SD: What do you think of the efforts of someone like Vermont environmentalist Bill McKibben, who led the successful round of protests against the Keystone pipeline that would bring oil from Canadian tar sands to Texas refineries?

JHK: I’m not sure the Keystone pipeline is in itself all that meaningful. It’s actually of largely symbolic value. But this is not to put down Bill, who I think is a valiant environmental warrior.

SD: Do you drive a car from Greenwich to visit friends in Saratoga?

JHK: I do drive to Saratoga. There’s no other way to get there. I’ve got to drive to Burlington for the same reason.

Rail isn’t even part of the political discussion in Vermont or anywhere else. Nobody gives a shit about it. The attitude is “It’s all good, so let’s go out and get another Ben & Jerry’s cone.”

James Howard Kunstler will share his vision of America’s future in a lecture titled “The End of Cheap Energy” on Wednesday, March 14, at the University of Vermont’s Davis Center, 7:30 p.m. Free and open to the public.