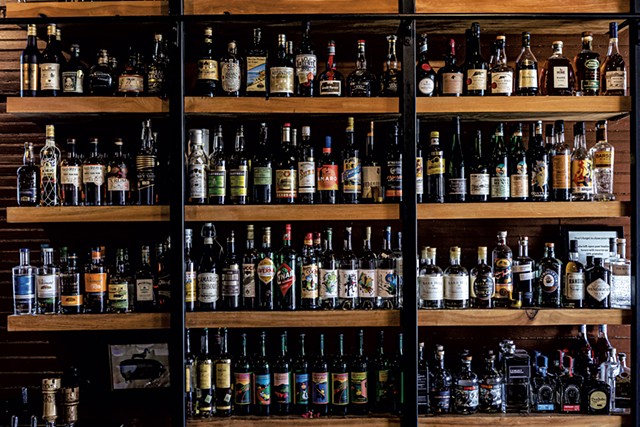 Prohibition Pig played a prominent role in my drinking education: The Waterbury brewpub and barbecue spot was where I first tried fernet.

It was 2013 or thereabouts, and Fernet-Branca had its own tap next to the beer. I sat at the bar, gazing at its shelves full of booze and hoping I was cool enough to be drinking the bitter, confusing, almost medicinal shot.

These days, spirits schooling is at the top of the agenda at Pro Pig. In November, the restaurant launched its Liquor Society as part of an effort to bring its bar-to-ceiling booze wall back to its full pre-pandemic glory.

"We're highlighting some of our favorite things and digging through what Vermont has to offer, but we're also getting people traveling around the world," said Jackson Strayer-Benton, beverage director for Heirloom Hospitality, the Vermont restaurant group that includes Pro Pig, both locations of Hen of the Wood and Stowe's Doc Ponds.

"And [they're] learning as they're tasting," Pro Pig bar manager Laura Thompson added. "You're probably not going to do a vertical Glenfarclas flight at your house."

You can, however, pair a flight of the Speyside whisky distillery's 12-, 17- and 25-year-old single-malt Scotch with pig cheek pâté, peel-and-eat shrimp, or duck-fat fries at Pro Pig. 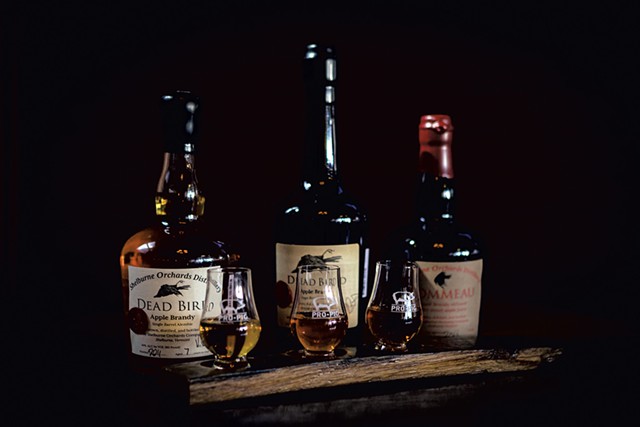 The lineup includes its fair share of hard-to-find bottles that are new to the wall, including Highland Park's one-time-release Fire and Ice editions.

It also features local favorites, including Caledonia Spirits' vodka and gin; Mad River Distillers' rum; and Dead Bird Brandy and Pommeau from Shelburne Orchards Distillery, which is a treat rarely available outside the orchard itself.

"We get excited about that one, because it's just mind-blowing what Nick [Cowles] is doing right here," Strayer-Benton said of the orchard's owner.

Each flight is served on an Original Provisions tasting board made from staves of old Maker's Mark barrels by executive chef Jordan Ware of Hen of the Wood in Burlington. It's accompanied by a cheat sheet emphasizing what's special about the selections, from historical context to intricate processes.

As I sipped the Old Forester flight ($31), Strayer-Benton explained that it's the only bourbon that has been continuously sold by the same company before, during and after Prohibition. Each pour highlights a different style of aging.

The card accompanying the Xicaru mezcal flight ($30) notes that chicken is added in the final distillation of the Pechuga Mole — a traditional step of the pechuga process that makes the drink not vegetarian, Strayer-Benton confirmed.

While flights cost $15 to $80, with most in the $20 to $40 range, the Liquor Society is free to join. Each member gets a tracking page in the Liquor Society binder. When they reach benchmarks of 10, 20 or all 30 flights — named Sea Bird, Malahat and Tomoka, respectively, for Prohibition-era smuggling ships — they're rewarded with swag, gift cards or a private tasting.

"I'm always surprised at who orders what," Thompson said. "I carded the first person to order the Grand Marnier flight, and he was 22 years old. He said his grandfather drank it all the time."

Pro Pig's motto is "Meat Here," but it might as well be "Drink Here."