Prof Says Vermont's Antislavery Reputation Is Not the Whole Truth 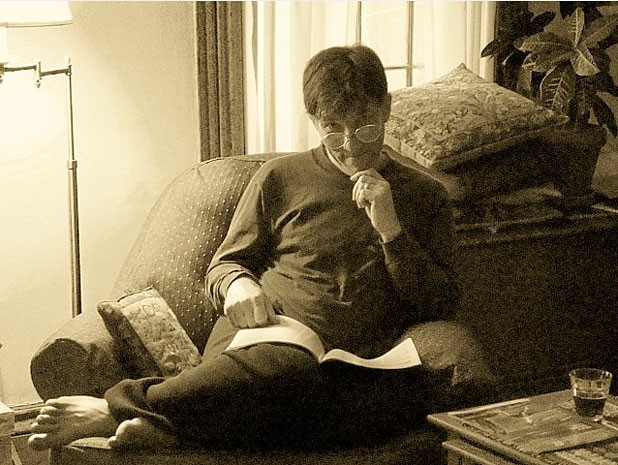 Will organizers of this summer’s Lake Champlain quadricentennial extravaganza summon the candor to acknowledge the repulsive aspects of the French colonial legacy in Vermont — especially the enslavement of Africans? Ray Zirblis hopes so.

Within 30 years of Samuel de Champlain’s 1609 exploration of the lake he named, slavery was being introduced to French-controlled parts of North America, notes Zirblis, an adjunct professor of history at Norwich University. Some 5000 slaves — three-quarters of them native peoples, the rest abducted from Africa — are known to have been held in the French colonies between 1640 and 1760, Zirblis says.

At least 70 African slaves were bound in Vermont over the course of the subsequent 50 years, Zirblis adds. He says there is documentation of that number in the form of individual biographical accounts or cursory mentions of “a slave” or “several slaves” in town records. It’s possible, Zirblis suggests, that another 100 or so black people were enslaved in Vermont during the period from 1760 to 1810, despite the famous antislavery provision enshrined in the then-republic’s 1777 constitution.

Zirblis will present his findings Thursday evening at the University of Vermont as part of a seminar series sponsored by the Center for Research on Vermont. It is billed as an antidote to “historical amnesia.”

The state’s slave-holding past doesn’t negate Vermont’s reputation as a champion of the abolitionist cause, Zirblis says. Rather, he argues, admission of unpleasant historical facts “adds to our understanding” by correcting “the sloppy generalization that all Vermonters were opposed to slavery.”

French influence in Vermont can’t be held solely to blame for the existence of slavery here, Zirblis cautions; British and Dutch colonies in the New World were engaged in the slave trade, too.

The thousands of settlers who started streaming into Vermont around 1760 came from territories where slavery was not only permitted but firmly institutionalized, Zirblis points out. “They may not have owned slaves themselves, but they may well have known people who did,” he says. The migrants’ backgrounds may have combined with a laissez-faire attitude taking shape in northern New England to create a culture of tolerance in Vermont toward those who practiced intolerance, Zirblis suggests.

Enactment of a constitutional prohibition on holding adult slaves didn’t serve to eliminate the practice, nor did it speak to the forced labor of males under 21 and females under 18, which was widespread. “Laws in themselves are not enough,” Zirblis says, drawing an analogy to the current law against drunk driving, which hasn’t put an end to the practice.

In fact, Vermont legislators found it necessary to revisit the issue of slavery on a few occasions in the decades following the 1777 constitutional ban. A law was enacted in 1779, for example, forbidding the sale of Vermont slaves to out-of-state buyers.

Zirblis cites records showing that around that time a Vermonter named William Ward purchased four African slaves listed only as Joseph, Toby, Sarah and her baby. There is also evidence of a sale in 1790 of an 8-year-old black boy named Anthony. His owner, Jothan White of Springfield, made the transaction with Dr. Oliver Hastings of New Hampshire, who in turn sold Anthony in Montréal a month later.

In 1806, Zirblis continues, the state passed an Act to Prevent Kidnapping, which was intended to prevent minors from being trafficked through Vermont to or from other states and Canada. A few years prior, the Vermont Supreme Court ruled on the case of Dinah White, a slave bought by Stephen Jacob, a Windsor attorney, in 1783. When she grew old, Jacob set her free, but a dispute arose over who was responsible for White’s care: the town or her previous owner. In a feat of specious reasoning, the court ruled that Jacob could not be required to provide for White because slavery did not exist in Vermont.

To excavate this sorry history is not to inter Vermont’s commendable role in the abolitionist movement, Zirblis says. The state was the first to abolish adult slavery, and during the Civil War, “many Vermonters paid the blood price” for freedom, he observes. Yet it is inaccurate to view most Vermonters as militant abolitionists, Zirblis adds. For most of the pre-Civil War period, abolitionists were widely reviled in Vermont as radicals who threatened the Union. An abolitionist in 19th-century Vermont would have been feared and denounced in much the same way as a communist in the 1950s, Zirblis suggests.

Jane Williamson, director of the Rokeby Museum in Ferrisburgh, does not quarrel much with Zirblis’ interpretation of evidence. But she does contend that, while slaves may have been held in Vermont, the state did not institutionalize slavery. An expert on the Underground Railroad in Vermont, Williamson says that a full-blown slavery system would necessarily have shaped the state’s society and economy — and it did not.

Williamson does agree with one of Zirblis’ general findings: that, in its attitudes and actions regarding slavery, Vermont was more like than unlike other New England states. When it comes to slavery, the historians concur, there’s little basis for a self-congratulatory stance of “Vermont exceptionalism.”