Music festivals come to be for a number of reasons, from love of a particular genre or band to the simple quest to make a buck. Randolph's New World Festival was born out of a different motive: to give solace to a community reeling from disaster. Over an 18-month period in 1990-1991, Randolph lost 60 percent of its downtown retail buildings to a series of devastating fires. From the ashes rose the NWF, which this Sunday celebrates its 24th year of bringing Celtic, Cajun and Québécois music to Randolph's downtown.

Kevin Dunwoody, whose Lost Mountain Bookstore was consumed by one of those fires, recalls that the NWF started with a devastated community that wanted to rise above its negative emotions and celebrate its strengths.

"The feeling was that we needed a party," he says with a chuckle.

At the time, the Chandler Music Hall was waking from a period of relative slumber, and its new board wanted to show the community the venue's potential. Tim Flynn, a prior board member, had just returned from an Irish music festival, which he thought might be a great way to bring some cheer to town. Flynn asked Dunwoody if he thought such a festival would fly.

"I said, 'I think it will, but we have to invite the French Québécois,'" recalls Dunwoody. He had seen Québécois music at the Champlain Valley Folk Festival and fallen in love with it.

Flynn agreed, and the New World Festival was born. Dunwoody jumped on board, along with a number of other locals, including Dick Drysdale, publisher of the Herald of Randolph. The Chandler Music Hall served as both venue and organizational hub.

Many first-year music festivals struggle to attract a crowd, but that was not the case with NWF. Québécois musician and Vermont expat Dana Whittle, who designed the festival's first logo and has supported it as a performer and volunteer ever since, explains that an underestimate of attendance led to a creative solution in ticketing. 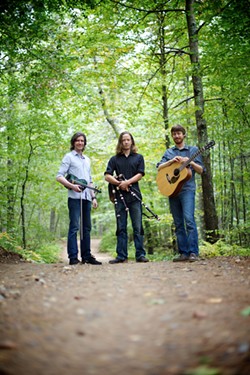 "We printed the tickets on stickers you could attach to your clothes," she says. "By the end of the day we were running out, and we had to rip the stickers in half."

After that first year, Dunwoody settled in as the festival's official music director. He continued the focus on music from what he calls the North Atlantic Rim: the British Isles, the Canadian Maritimes, Québec, the northeastern U.S. and the Brittany region of northwestern France. In the beginning he booked mostly local acts, including Woods Tea Co. and Martha Pellerin. Later, Dunwoody says, budgets grew and allowed him to bring in more national and international acts.

The 2016 New World Festival shines a spotlight on Acadian and Cajun music and will feature some of the most respected and beloved performers in the genre. Among those is "Acadian power trio" Vishtèn, who hail from the Prince Edward Island/Magdalen Islands regions of the Canadian Maritimes. Founded in 2000, Vishtèn are known for employing instruments from fiddle and bodhrán to electric guitar; along with powerful vocal harmonies, the group creates stunning arrangements of traditional Acadian tunes. Vishtèn's album Red Earth was the winner of Roots/Traditional Group Recording of the Year at this year's East Coast Music Awards in Cape Breton.

Another big name this year is the Yves Lambert Trio. In 1976, accordionist and singer Lambert cofounded La Bottine Souriante, one of the most revered contemporary Québécois groups. His current trio includes younger musicians Tommy Gauthier on fiddle and Olivier Rondeau on guitar.

As always, Vermonters will play a big role in the festival. Green Mountain Cajun contributions this year include quintet Yankee Chank, as well as a duo composed of Alec Ellsworth and Katie Trautz — now the director of Chandler Center for the Arts.

From the start, the NWF has benefited a good cause: youth programming at the Chandler. Fittingly, the festival has come to feature a number of young performers. Among them this year are Les Poules à Colin, whose five members grew up playing trad tunes in Québec's musically rich Lanaudière region. 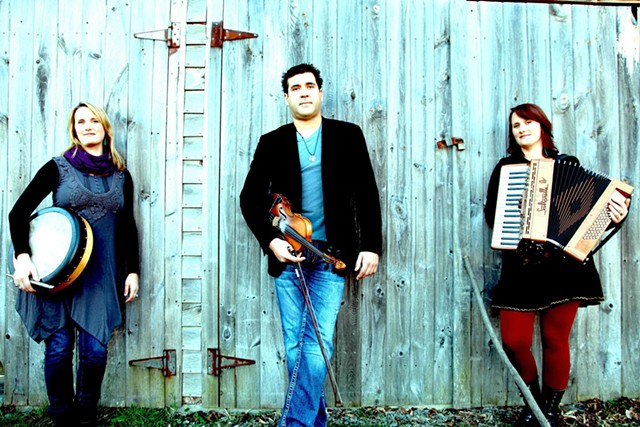 The region has served as a pipeline for NWF talent, thanks in part to Whittle, who lives in the small Lanaudière town of Sainte-Béatrix. This year, she's helping to bring members of TradNation, a collective of Québécois musicians, dancers and callers. Whittle will perform, too, as part of Zigue, a duo with her husband, fiddler Claude Méthé, and with TradNation for the festival's Breton dance.

Like every year, NWF will offer 11 hours of music on five all-weather stages. And, while most groups perform in their usual configurations, they also mix it up. The slate includes two jam sessions: One features a mix of festival performers; the other is open to anyone who wants to join in. In addition, says Whittle, it's possible some unexpected Québécois musicians could show up.

"It's the end of the summer festival season," she says. "A lot of musicians may come down just for fun."

Whittle believes the NWF is successful because of its specificity. "I think that focusing on the Celtic and French traditions makes the festival very strong," she says. "A lot of folk festivals try to be very diverse and present things for many different tastes, and it's harder to pull that off year after year."

Many artists return to the Randolph fest "to see the friends they've made over the years," Whittle observes.

Dunwoody suggests that the single-day format gives the NWF more punch. "It is so intense," he says. "I've heard people talk about musical overdose. We joke that it's like Brigadoon. It shows up for one day, and that's it."