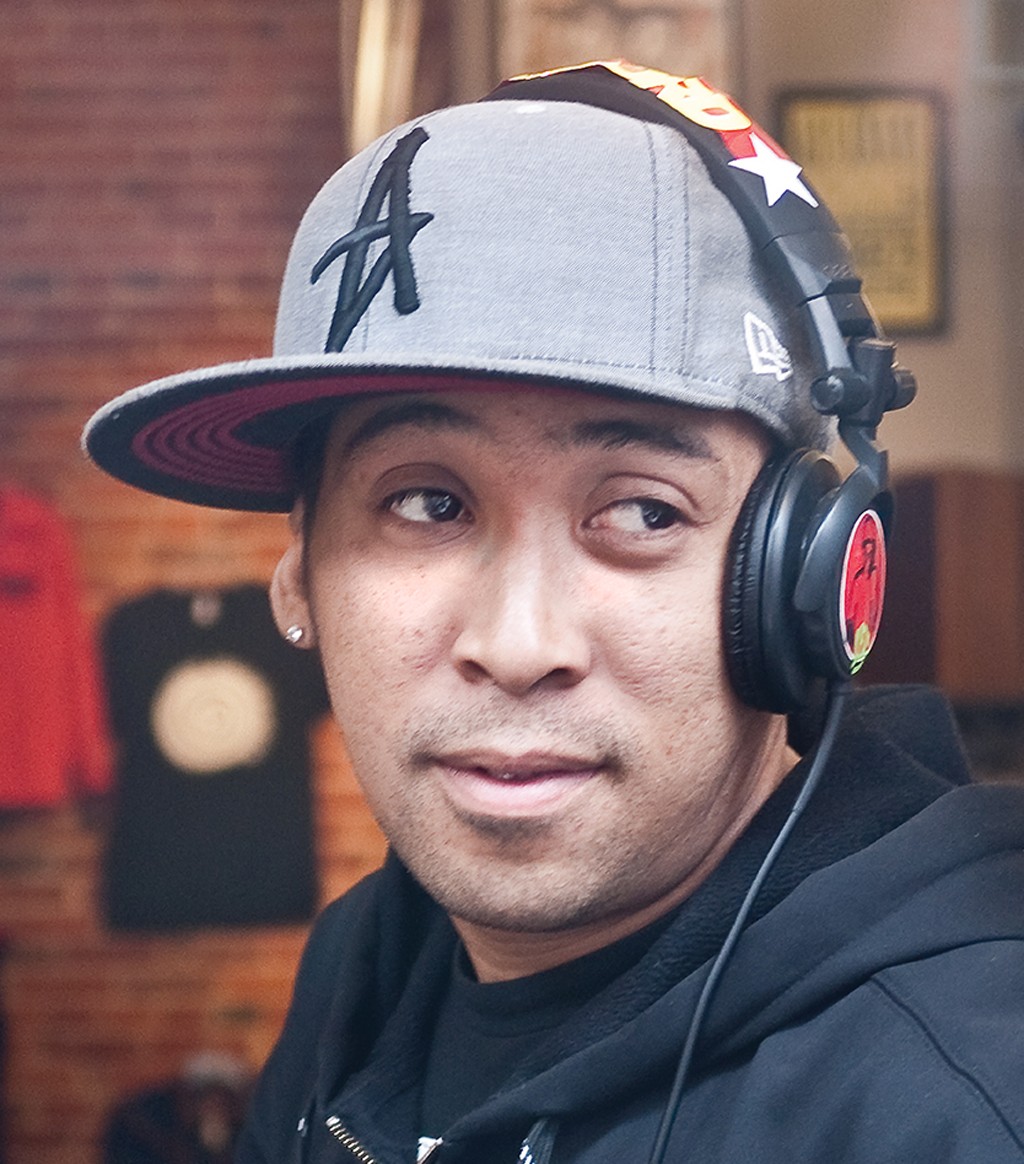 It's hard to know where to begin this week's column. It's rare I find myself at a loss for words. But in contemplating the magnitude of what will go down in Burlington this Saturday, August 30 — the first-ever DJ A-Dog Day in honor of the late Andy Williams — I confess the words are slow to come.

Eulogizing Andy in these pages doesn't feel quite right. For one thing, I don't think he'd want that. As his longtime girlfriend Josie Furchgott Sourdiffe told me recently over coffee, he didn't want a funeral. As heartbreaking as it was to see him lose his yearlong battle with leukemia last December, Andy didn't want us to mourn him. He wanted us to celebrate his life.

"He never wanted people to feel bad for him or be upset," Furchgott Sourdiffe said.

Still, it's hard to talk about Andy without reflecting on and admiring the man he was. He was a prodigiously talented DJ and artist, of course. But more than that, he was a beautiful human being—one of the kindest, humblest and giving people you could ever hope to meet. Andy Williams was a sweet and gentle man whose life impacted the lives of so many around him that it's almost impossible to comprehend. I mean, how many people do you know in Burlington who would have the mayor proclaim a day in their honor?

So it is for that we will gather on Saturday to remember and celebrate the life of Andy "A-Dog" Williams. And what a celebration it will be. He was fond of calling Josie his queen. Well, A-Dog Day will be a celebration fit for a king.

The celebration actually begins on Friday, August 29, with the premiere screenings of Andy "A-Dog" Williams: A Video Tribute, at Main Street Landing Film House. The film was made by Williams' longtime friend Seth Neary of Driven Studio. Prior to the first screening, there will be a listening party for the compilation album Friends for A-Dog Volume 1 — see the review on page 71. That party will also see the debut of A-Dog Ale, from St. Albans' 14th Star Brewing Company. Then comes the main event.

A-Dog Day begins in earnest on Saturday afternoon in City Hall Park. Andy was an avid skateboarder, so Burton Snowboards, Maven VT and Symptoms Collective are hosting a Go Skate event in the park, featuring skating demos and music from DJ Don P and Bless the Child. That event will also feature the unveiling of a new custom skateboard line made in Andy's honor by Shut Skateboards.

Following the skate event, the party moves south to ArtsRiot for what might be the biggest bash on Pine Street this side of Art Hop. The galleries around AR will all be open and hosting creative workshops on subjects from painting to DJing — the latter including an "Intro to Turntablism" session taught by DJ ZJ, Mashtodon, Rekkon and Johnny Utah.

Then things get a little crazy.

The crown jewel of A-Dog Day will be the jaw-dropping amount of music on display. Split between two stages, the lineup is a remarkable blend of local and national talent, much of which highlights A-Dog's own musical history in Burlington. These include his longtime crew the VT Union and his old band with Kyle "Fattie B." Thompson and Konflik, Eye Oh You. Also on the bill are the Aztext, the Lynguistic Civilians, the Bohemian Blues Quartet, the Brass Balagan, the Ice Coast Band, Future Methods and Rough Francis. You know, to name a few. And that's to say nothing of the DJ lineup, which includes some of the area's finest turntablists: Kanga, Jon Demus, Tricky Pat, Craig Mitchell, Luis Calderin, Justin R.E.M., Bonjour-Hi!, Dante Davinci, ZJ and Mashtodon, among many, many others. Oh, and have I mentioned it's all free? Cuz it is.

It's important to note that A-Dog Day is not a fundraiser — though there will be plenty of opportunities to support the Friends for A-Dog Foundation and learn more about donating bone marrow, which has become that group's primary mission since Andy's death.

Friends for A-Dog was originally founded to help raise money to offset Andy's staggering medical bills as well as to allow Josie the financial ability to be with him when he was receiving treatment in Boston. Since his passing, the focus of the organization has shifted to help raise awareness of the need for multiethnic bone-marrow donors as well as giving back to the community. FFA is working to become a nonprofit, and is now operating under the umbrella of Arts Alive VT. In the coming months, the organization hopes to be able to offer scholarships to at-risk youth and promote arts, music and skateboard culture in and around Vermont.

"I think it's really what Andy would have wanted," said Furchgott Sourdiffe. "To be able to give back to the community that gave him so much and that he loved."

I would add that it is a community that loved him right back.

We miss you, Andy. And we're gonna have one hell of a party.

In other news, congrats to local funk rockers Gang of Thieves, who last week announced they have signed to Hoplite Music, a Burlington label that represents some well-known names across the country. Like who, you ask? The Primate Fiasco, Spiritual Rez and Alan Evans' Playonbrother, to name a few. That's pretty good company, eh? 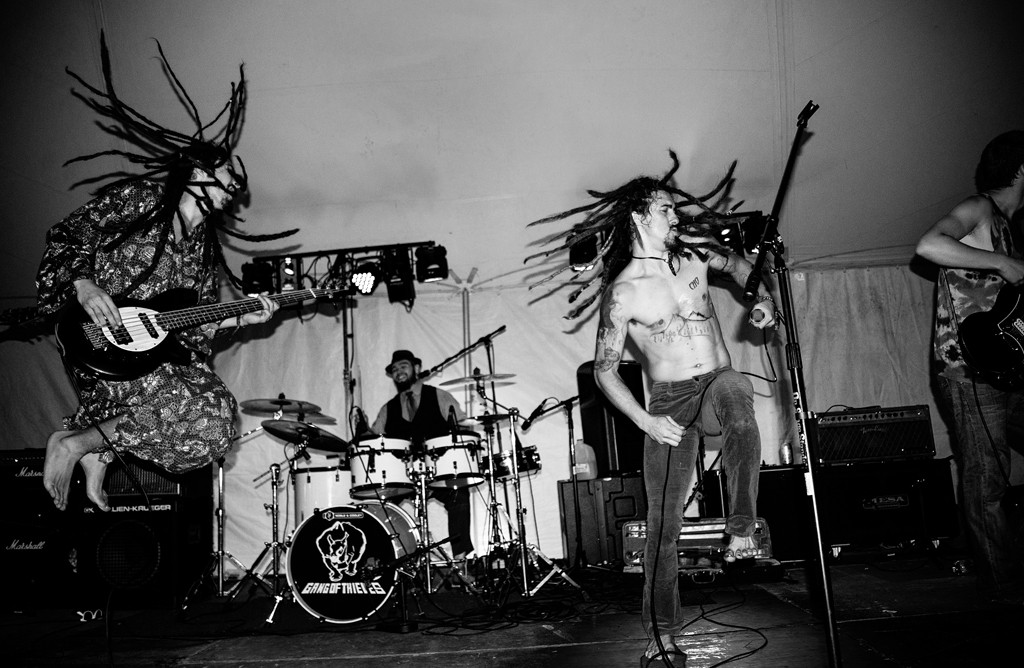 In festival news, the North Branch Bluegrass festival is happening this week in Bridgewater. The six-day festival begins on Wednesday, August 27, and runs through Monday, September 1. In addition to a variety of workshops and jam sessions, expect performances from regional string bands such as Chasing Blue, Cricket Tell the Weather, the Fox Point Rounders, Crunchy Western Boys and the Jersey Corn Pickers. That's in addition to locals, such as the Green Mountaineers, a trio featuring Carol Hausner, Mark Struhsacker and Colin McCaffrey, and a newish project from Ben "Saint Albums" Campbell, the Bondville Boys. For more info, check out nbblugrass.com.

Last but not least, this Saturday, August 30, is the first Hop Jam at Bolton Valley Ski Resort. Technically, this one is a beer fest, but the bands are pretty good, too. The lineup includes the aforementioned Primate Fiasco, the Alchemystics, Spirit Family Reunion, Soule Monde and the Full Cleveland. 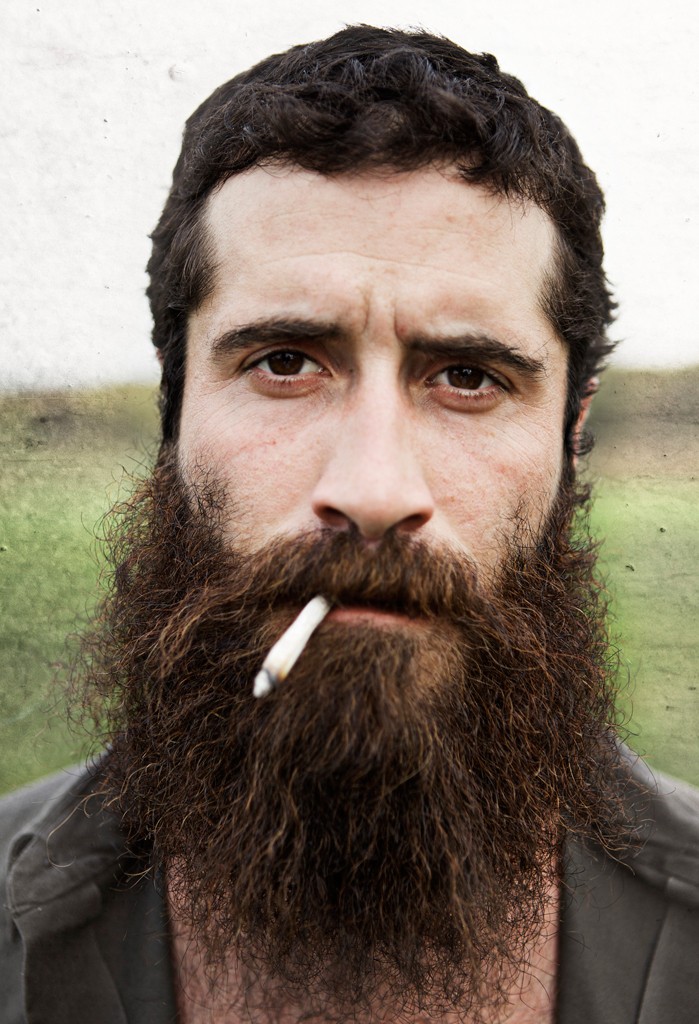 Hop Fest will also see the welcome return of JP Harris & the Tough Choices. If you're unfamiliar, that band got its start in central Vermont some years back, before Harris packed up his pickup and moved to Nashville. It turns out that was a good move. The band has been getting some deserved attention, particularly among vintage country fetishists — like, me, for example — who dig Harris' gritty, throwback sound. Fans of Sturgill Simpson and Lydia Loveless would do well to check 'em out. m