Postponed From February, Winter Was a Drag Ball Comes to Higher Ground 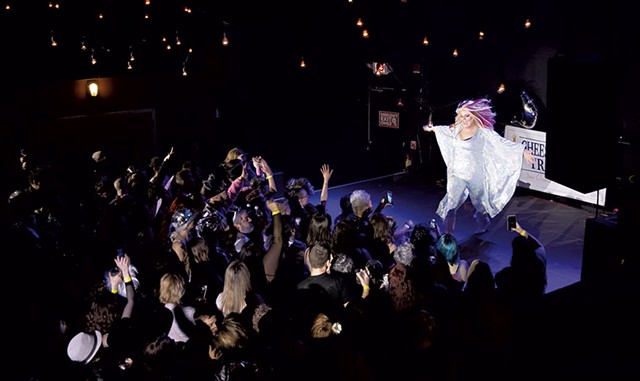 Bob Bolyard's basement is full of glittery tops, sequined jackets, silky dresses and heaps of sparkling costume jewelry. Psychedelic patterns, nautical looks and custom-made garments constructed from upholstery fabric line the crowded racks. Procured from thrift shops and tag sales over three decades, the collection outfits his drag persona, Amber LeMay, in glamorous yet sensible looks. Amber is "not a flashy broad," Bolyard said while narrating the wardrobe's history — though the array glints in the light from his nearby makeup table.

Bolyard's musical comedy troupe, the House of LeMay, is the longest-running drag group in Vermont. Though somewhat retired since founding member Michael Hayes had a stroke in 2019, the LeMays still host the annual fundraiser Winter Is a Drag Ball. Over its 27-year run, the event has raised tens of thousands of dollars for charity. This year's recipient is Vermont CARES, a nonprofit that provides services to the HIV-positive community.

"We wanted to have people see us and know who we were." Bob Bolyard tweet this

Usually held in mid-February, the gala brings the 802's queens, kings and rowdy revelers — as well as out-of-state performers and party monsters — to the Showcase Lounge and Ballroom at South Burlington nightclub Higher Ground on Saturday, May 14. Between lip-synchs, live musical numbers, throbbing dance music and a late-night costume parade, Drag Ball is a bright spot during an otherwise dark time of year.

It is also one of the most enduring events in Vermont, due in large part to the success and popularity of the House of LeMay. The full unit — Amber, Margaurite (Hayes) and Lucy Belle (Johnnie McLaughlin) — are characters who live in the Hot Dam Trailer Park in fictitious Beaver Pond, Vt. Decades of musical comedy sketches chronicled their antics.

Bolyard reckons part of the House of LeMay's popularity has to do with Burlington's size and small-town culture. Aside from their sketch comedy shows, the LeMays were known citywide for their appearances at big public events, such as Mardi Gras and the Pride parade. They dressed in full regalia, rubbed elbows, hobnobbed and took pictures with passersby. They became recognizable, iconic local figures.

"We wanted to have people see us and know who we were," Bolyard said. "I don't know if [the House of LeMay] could have or would have done what we do [anywhere] other than in Burlington. In a larger city ... I don't know if it would have been accepted or we'd have grown our audience as we have."

Since Hayes' stroke left him unable to perform, the House of LeMay is in a state of transition. Bolyard said he doesn't want to continue exploring life at the Hot Dam without his founding partner. But Amber lives on through "Amber Live!," a weekly web series Bolyard created with producer Russell Dreher.

Despite the changes for the House of LeMay, Drag Ball continues mostly unchanged. This year's event, postponed due to COVID-19 and now dubbed Winter Was a Drag Ball, is a return to form after a lost pandemic year. In 2021, the ball pivoted to a streaming format largely composed of prerecorded segments filmed at an empty Higher Ground.

The date change from February to May also means significantly warmer weather.

"I don't think coat check will be doing much business that night," Bolyard said.

Normally, people arrive bundled up to protect themselves from the midwinter chill, stripping down to skin-revealing getups once inside. Some dress outlandishly just for the fun of it, while others don outrageous outfits to strut in the costume parade. Usually held near midnight, this year's walk is scheduled for 11 p.m., to ensure that anyone who leaves early gets to see all the decadent looks.

Slideshow Winter Is a Drag Ball 2020 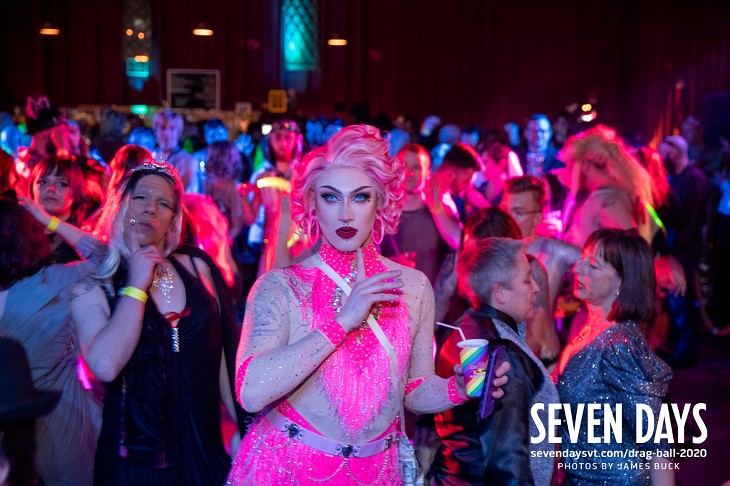 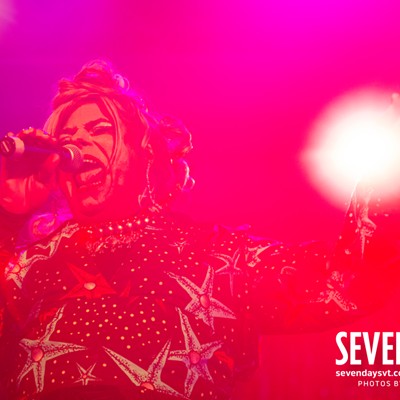 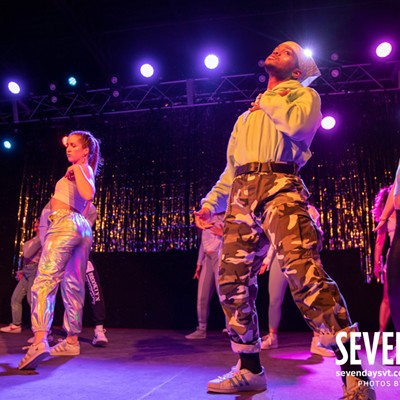 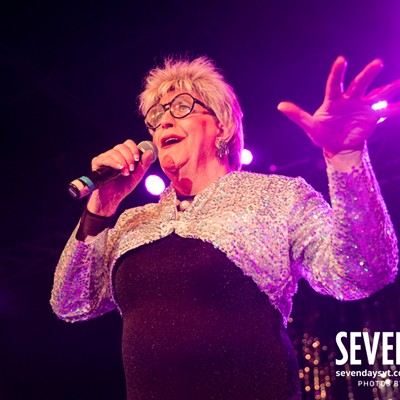 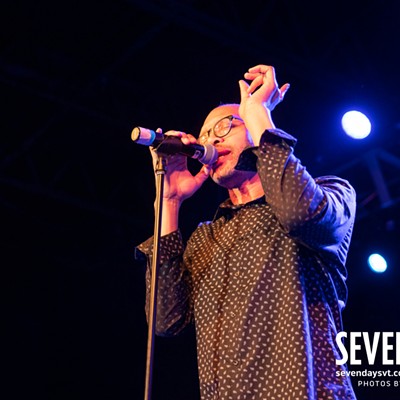 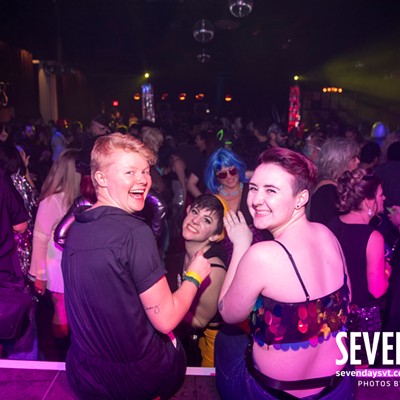 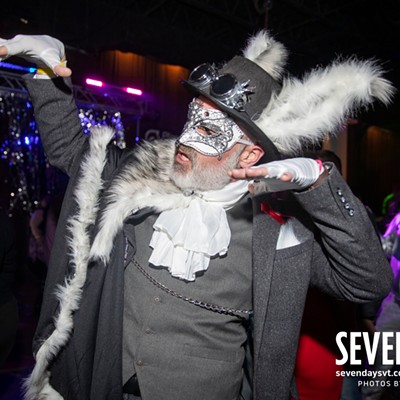 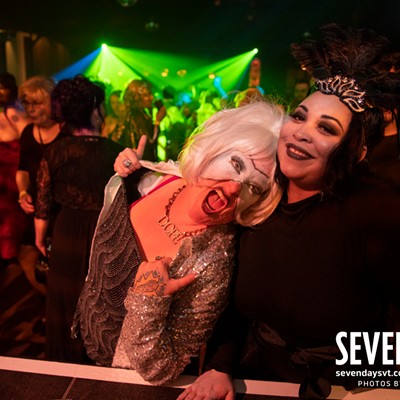 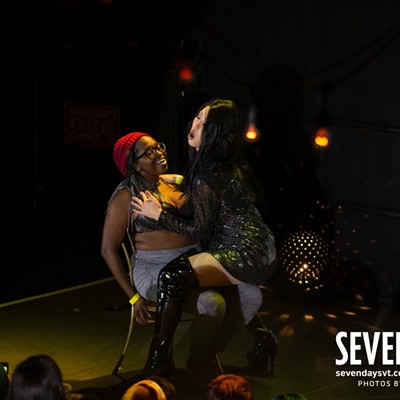 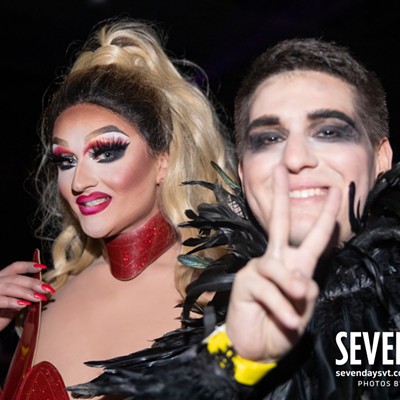 Though the Drag Ball program was not finalized by press time, Bolyard named a few acts in the lineup. Poughkeepsie, N.Y.,-based queen Isis Vermouth, a Drag Ball veteran, will perform with a troupe from the Hudson River Valley.

Repping the local scene, preeminent queen Emoji Nightmare, host of the Vermont Comedy Club's Eleganza & Espresso drag brunch and countless other local shows, will perform original music. Weary of lip-synching the same songs over and over, she said, she teamed up with producer Nathan Jarvis of Burlington electro-pop band Rue Mevlana and singer-songwriter Antara to record an original album.

"That's kind of my passion project for the New Year," Emoji said in January, noting the excitement and sheer fun of creating original material. "I'm not writing mind-blowing lyrics. It came easy to me."

Another local group set to perform is Merde Dance. Yes, merde means "shit" in French — but dancers sometimes say the word encouragingly to each other backstage before a performance, just as actors say "Break a leg." (The term is thought to have come from 19th-century France. A full recital hall meant plenty of arrivals in horse-drawn carriages, and plenty of horse-drawn carriages meant, well, you get it.) Merde featured dancer Big J will perform a Michael Jackson routine.

Drag king Mike Oxready will host the Showcase Lounge. A self-described "bedazzled king," Oxready is known for putting rhinestones on everything — and for his "authentic" facial hair.

"I cut my own hair, and I use the trimmings and adhere it to my makeup template so that it does look like facial hair," Oxready said. He said he makes all of his own music medleys, noting one in particular he's proud of: the "dessert mix," featuring Warrant's "Cherry Pie," DNCE's "Cake by the Ocean" and other sweet tunes.

Oxready said filming in Higher Ground for the virtual show in 2021 was a great experience, but nothing beats the real thing.