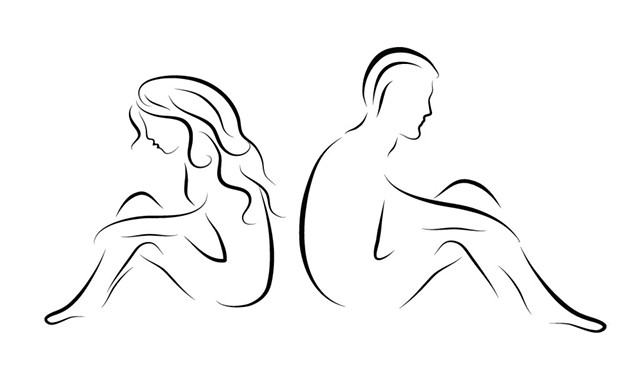 A few months later, we had a friend over, and during a drunken game of "truth or dare," I dared her to put on something fun. She came back into the room in lingerie and no underwear. I never thought she would do that. Nothing sexual happened, but that was 14 months ago, and ever since, my wife has been distant with sex due to that drunken night with our friend.

We had our first child six months ago, and I know with a new baby sex is not a priority, but all the romance is gone. I've tried everything, including therapy for myself. This is not the woman I married. Any advice would be appreciated, because I love her and have no thoughts of leaving or cheating on her.

Threesomes can be risky. Lovemaking is not just about sex; it's about intimacy, too. Inviting people into your bedroom can be fun, but it can also compromise that intimacy and lead to jealousy and alienation. Nothing sexual happened, but maybe she's embarrassed for putting on that lingerie in front of your friend or angry with you for wanting to share her with another man. The only way to know is to ask.

It's possible, however, that the dynamic you're identifying may not be linked to that night at all. Your wife gave birth about six months ago, which means that she got pregnant 15 months ago. That's about the same time you said she began to turn off from sex.

Do not underestimate the effects of hormonal changes due to pregnancy, childbirth, the postpartum stage and the stresses of being a new mother. Many women report being entirely turned off from sex during these periods — in part because their bodies are being put through the wringer.

You love your wife and want the fun back. The best way to get there is to communicate openly and support her. Instead of expecting full-on kink, go slow and try to regain the intimacy you feel you have lost.