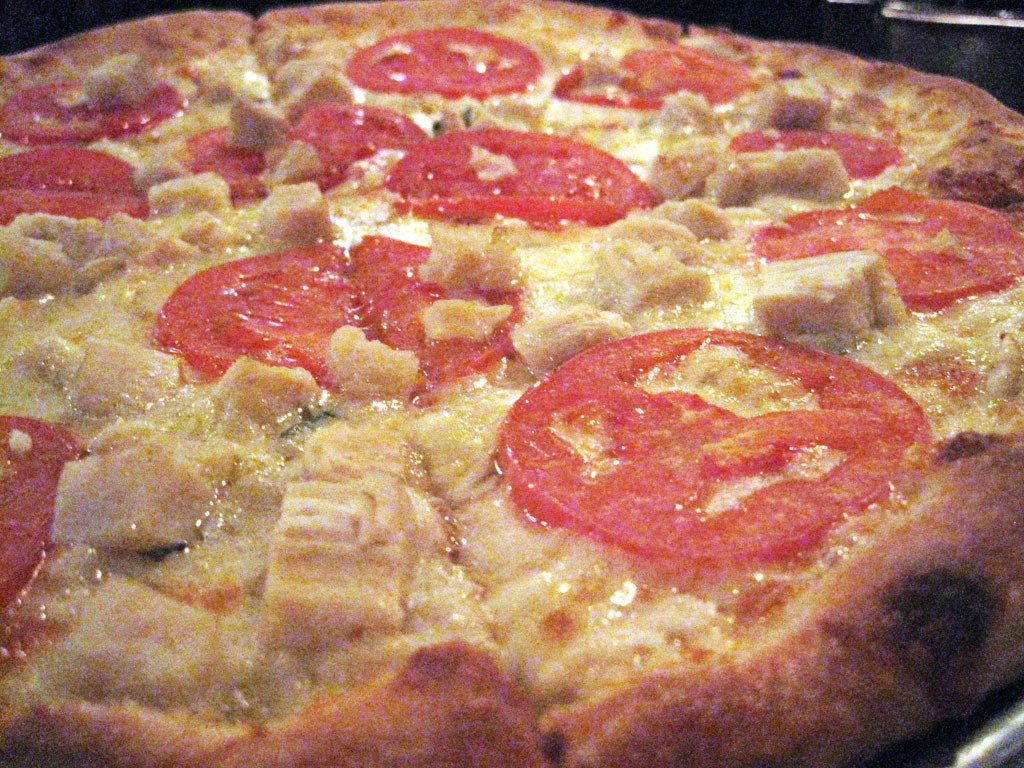 "The pizzas are the same [as at the other locations]," says general manager Stacey Esteban. "We're trying to keep some of the staple items and switch up the small plates, entrées and sandwiches." Among the items unique to Barre are the Granite Stoned Statler Chicken — a twist on the classic grilled Brick Chicken, its skin crisped under a hot chunk of Barre granite — and a spinach pear salad topped with roasted pears, Bayley Hazen Blue cheese and local bacon.

The bar offers 20 brews on draft and a list of craft cocktails.

Rovetto says the recent downtown revamp made the Granite City a natural fit. "We were seeing lots of forward movement here," he says. "We think there's a lot of potential." He adds that his company had great chemistry with City Place and its developer, Williston-based DEW Properties: "We were really pleased with the design and layout of the space. It really felt right."

The community seems to think so, too: Esteban reports a robust lunch and happy-hour business, with hourlong waits during prime time on weekend evenings. "When we opened, it really solidified the reason why we were there," Rovetto says, "which is to add to the vibe and push the community forward as a whole. We're hoping people will look to us and say, 'Wow, it's really coming alive here.'"

The restaurant is now open daily for lunch and dinner, with delivery starting this week.

The original print version of this article was headlined "Good Vibes"