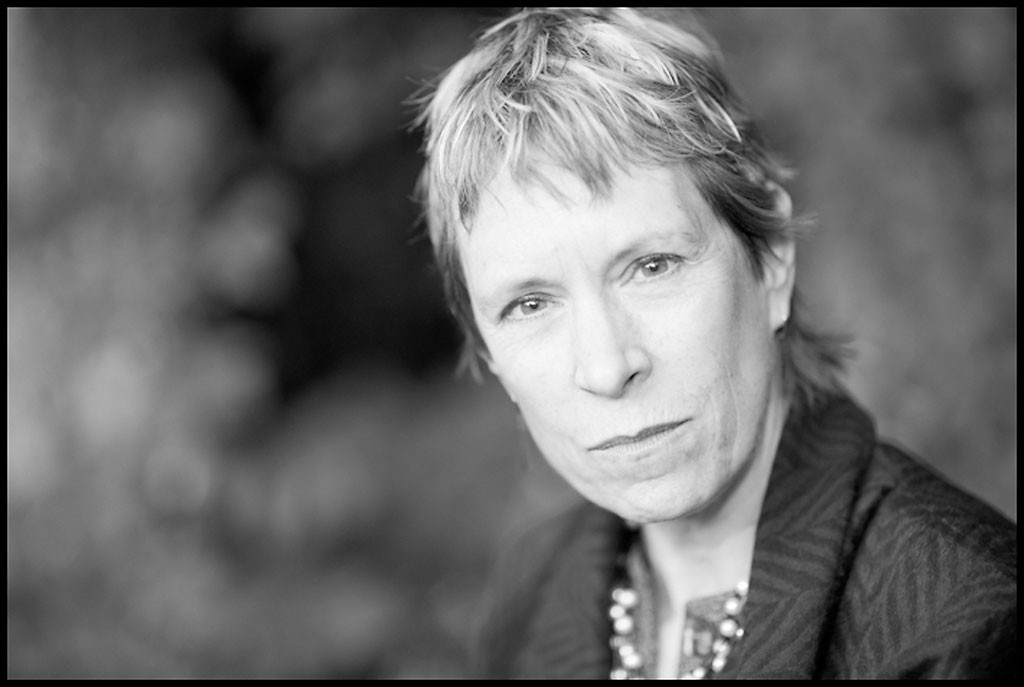 When it comes to poetry, Chase Twichell is versatile and thorough. In addition to publishing seven full-length poetry collections, she has taught poetry (at Goddard College, Princeton University and Warren Wilson College, among others); she's translated poetry (a collection by Bengali poet Rabindranath Tagore); and she's published others' poetry (in 1999, she founded Ausable Press, now a subsidiary of Copper Canyon Press). Last but not least, this week Twichell is headlining the Burlington Book Festival.

Fans of Twichell's most recent collection, Horses Where the Answers Should Have Been: New and Selected Poems (Copper Canyon, 2010), already know how ferociously she worries the subject of human love. She describes it alternately as something that can be "folded away in a drawer / like something newly washed," as an emotion that can be worn on the "averted face" of a stoic elderly parent, and as a "country / to which we return and return, / but in which we cannot live."

These human emotions and other temporal conditions — what Adrienne Rich described as "Weather abroad / And weather in the heart" — are Twichell's specialty. A quick scan of her poems' titles — "Northern Lights," "Snow Light," "Watercress and Ice," "The Billowing Lights," "Clouds and Water" — evinces Twichell's interest in the phenomenal world. Though it's too reductive to say she writes nature poetry, a reader will discover in all her poems an endeavor to confront and verify nature's shifts and intricacies.

For example, in "The Condom Tree," the speaker explores a memory of being a 10-year-old girl staring at a maple tree festooned with dozens of latex condoms. "[W]as it beautiful, caught in that dirty floral light, or was it an ugly thing?" she asks.

In "Snow in Condoland," the poet investigates another duality, observing, "it's hard to tell / the clots of late spring snow // from the apple blossoms / the dead from the living."

A student of Zen Buddhism, Twichell describes herself as a "Zen Yankee candle." In "Snow-globe of Vesuvius," from her latest collection, Twichell's readers will find many of the signature elements for which she is admired: her clean, uncluttered lines, her elegant reckoning with damage and mortality, her playfulness and persistent inquiry.

Seven Days recently caught up with Twichell, who lives with her husband, the novelist Russell Banks, in the Adirondacks. As the poet dashed from one appointment to the next, we posed three questions.

SEVEN DAYS: Do you bring drafts of poems to the breakfast table and solicit your husband's feedback?

CHASE TWICHELL: No. Neither my husband nor I shows anything to anyone until we're really far along in a work and know where it's going. Only when I'm stuck and I can't think of a way to improve it will I share it with him, and he'll tell me if it seems klutzy word-wise or rhythmically off. And when he's stuck, I offer the same for him with his stories and novels.

SD: Your work encompasses two seemingly contradictory poles. You have poems that evoke casinos and trashy thrillers and bad movies, and then you have poems imbued with the raw feeling of standing alone outside, observing the world around you. And yet, the way your books are structured, all the poems are side by side, suggesting it's all one thing. Are you deliberately suggesting these are all different facets of the same thing?

CT: Yes — the way I see it, it's all one big, interlocked, interacting organism. What occupies me most is the collision between the human-made craziness and the natural world. I am very disturbed about our growing ecological crisis. I'm in love with the beauty of our world, and I am enraged with our damage to it, but you have to figure out how to accommodate both. I am a Buddhist and have been for 20 years. I guess I refer back to [Shunryu] Suzuki [a Zen Buddhist teacher], who was asked, approximately, "What is the reason for suffering and damage and destruction and war, etc., etc."? And his answer was, "No reason."

CT: I've been working on this [poetry] book for five years, and it's not going where I thought it was going, so I'm stepping aside to recognize what it wants to be. I'm still writing poems; I still keep a notebook; I read a lot. And I've always wanted to learn how to draw, so now I am, finally. I just learned to draw a cylinder using a vanishing-point perspective. It's so cool!

I live on the flank of Vesuvius, in Pompeii.

Each day the sky fills with leaflets,

Aglitter whether storming or still

(the old ones mica,

Everyone knows there's more than one

kind of consciousness. Everyone knows

that in the snow-globe of Vesuvius,

each time, the volcano buries the town.

Would you meet me in a world like that?

If not there, where?

Chase Twichell gives the Burlington Book Festival's headlining reading on Friday, September 19, 8 p.m. (after the dedication of the fest to Katherine Paterson at 7:30 p.m.), at Fletcher Free Library. Free.