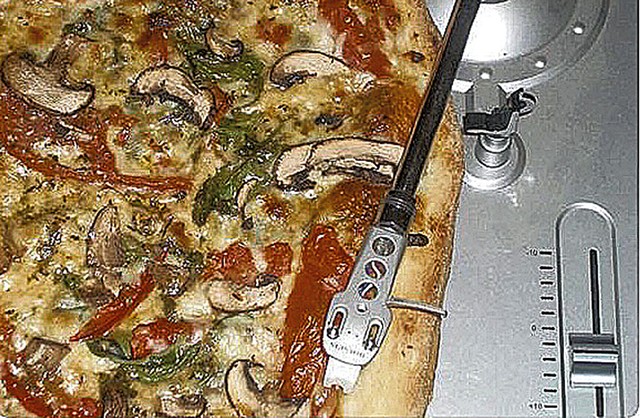 Which food group has Village Square Shopping Plaza in Waitsfield been missing? Pizza — and it will arrive in time for Christmas.

Pizza Soul will start serving lunch and dinner at 5123 Main Street in the days before the holiday, owner Jason Lerner told Seven Days. The pizzeria joins its new neighbor, the Mad Taco, along with Canteen Creemee and Stoke Ramen.

"It's probably the tastiest parking lot in Vermont," Stoke Ramen chef-owner Colby Miller said of the plaza in October.

Lerner opened his to-go pizzeria in December 2010 at Sugarbush Resort's Sugarbush Village; now he's starting his 10th year in business by moving down the mountain. He serves New York-style pizza in 12-inch and 18-inch pies and by the slice.

"I'm excited to join that little food court," said Lerner, 45. "I'm going to round out that square."

Lerner moved to the Mad River Valley 17 years ago to make pizza at Sugarbush, expecting to stay about six months. He wound up cooking for the ski resort for seven years before opening his own shop on the mountain.

"Seventeen years later, here I am in the same town, but making pizza in the valley," he said.

"It'll be a new audience," Lerner said. "My location before was skiers and second-home owners. Locals don't necessarily go onto the mountain as much. I'm excited to bring Pizza Soul down to the valley floor."

Pizza Soul gets its name from Lerner's interest in music. He's a DJ with WMRW 94.5 FM, a community station in East Warren. On his weekly show, "Roots of the Tiger," he spins "a bit of everything," from reggae to rock to jazz.

The original print version of this article was headlined "Soul Food"