Pizza on Main Opens in Morrisville 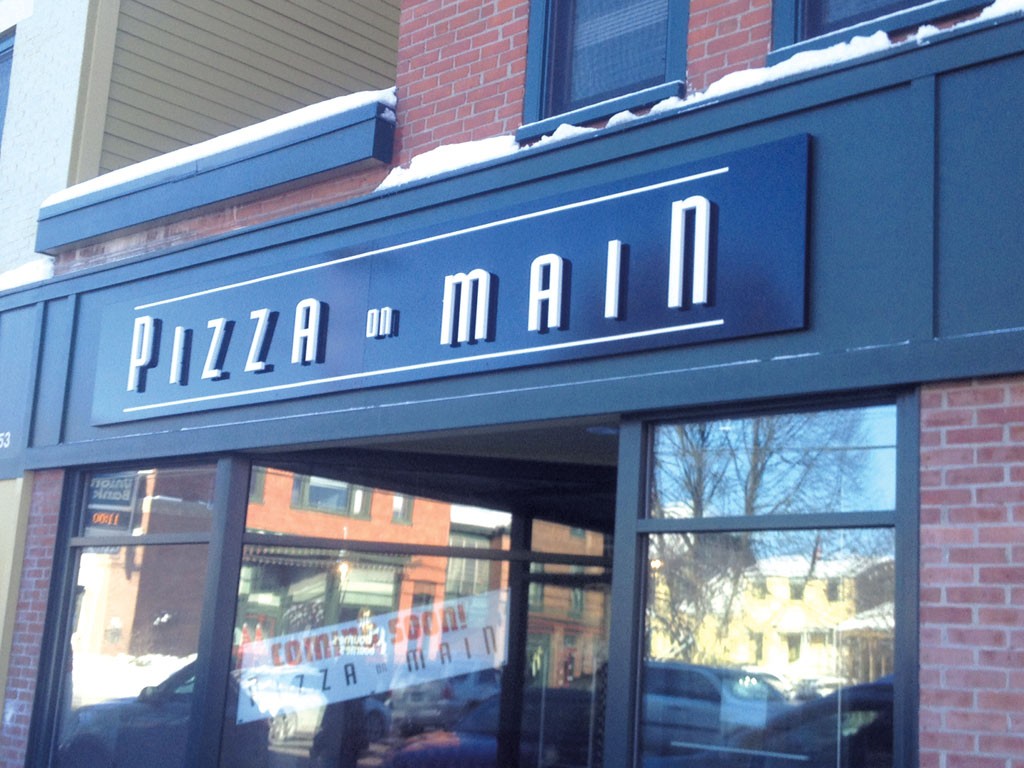 There's a new slice coming to Lamoille County. When it opens next month at 53 Lower Main Street in Morrisville, Pizza on Main will sling traditional New York-style pies (whole or by the slice), entrées, subs and other snacks.

Co-owners Michael Jansen and Marisa Menendez grew up in Westchester County, N.Y., a stone's throw north of the Bronx, which is one of the city's last remaining Italian strongholds. After 9/11, Menendez headed north and settled in Stowe. She says she always missed the small-town pizzerias she grew up with. "My favorite food in the whole wide world is pizza," she tells Seven Days via phone.

Though the area is home to other pizza shops, Menendez wasn't finding what she craved. "I can't tell you how many times I'd be shopping in Morrisville and I'd want to grab a quick slice, and it just wasn't there." When she started exploring the idea of opening a pizzeria, she realized she wasn't alone. "I think it's something that the community really wants," she says. When Jansen moved to Vermont a couple of years ago, the two began crafting their business model.

A year ago, Menendez started making regular trips to New York, where she apprenticed at a friend's restaurant. Both she and Jansen learned how to make traditional fresh, New York-style crust from scratch, as well as calzone, Stromboli, salads, sandwiches and pastas.

Besides the obvious, Pizza on Main will serve entrées such as baked ziti, stuffed shells and penne alla vodka, and a selection of subs called "wedges," in the standard Westchester parlance, on bread shipped up from Arthur Avenue in the Bronx. Stromboli and calzone will be available with the usual pepperoni or sausage, as well as with nontraditional fillings such as Buffalo chicken and chicken Parm. Jansen and Menendez will make it all from scratch, and say they plan to buy as local as possible.

The two hope their 25-seat restaurant — with delivery service — will become a vital part of their adopted community. "It's not Marisa's Pizza or Michael's Pizza," Menendez says. "It's Pizza on Main."

And the spot on Main is significant: It's the site of the old Arthur's Department Store, which closed in 2010 after nearly 40 years in business. Though the new business will in no way resemble the old, Jansen says he's looking to keep alive the spirit of that town anchor. "The last week Arthur's was open, we saw this video [looking back at its history]. That video, it just tugged on my heart," he says. "People need a place like Arthur's, and we're looking to bring that back."