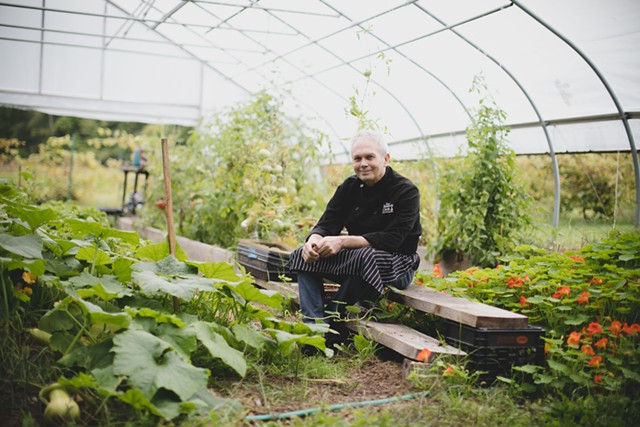 After 38 years in Bristol, Linda Harmon and Doug Mack are selling the historic property where they grew Mary's Restaurant and the Inn at Baldwin Creek into a farm-to-table dining and event destination.

On June 11, the couple will sign the final papers to sell the buildings, acreage, and much of the inn and restaurant equipment to Kate Baron and Jason Kirmse. Baron and Kirmse moved to Vermont earlier this year from California's Bay Area with their two young sons.

"They look like us [about] 40 years ago," Harmon said, adding that she and her husband had been eyeing retirement and put the property on the market right before the pandemic.

Harmon and Mack decided against selling the restaurant identity they built. The weekend of May 22-23 will be the last for Mary's Restaurant.

"We didn't sell the name Mary's," Harmon said, noting that it can be a huge challenge to take over an establishment so closely tied to its founders. "We didn't think that would be to anyone's benefit."

Baron and Kirmse, New York and Florida natives, respectively, have each worked in the restaurant industry for more than a decade. Kirmse cofounded Fat Angel Food & Libation, a well-known San Francisco restaurant that closed in December 2019. Baron attended the University of Vermont, which contributed to the couple's interest in the state, Kirmse said.

Their restaurant and inn business will be called The Tillerman, a nod to a favorite Cat Stevens' song, Kirmse said. The couple will undertake some light renovations and hope to open by late August or early September.

They plan to build their menu around a wood-fired theme with pizzas, soups and salads.  "It will be approachable, simple food, locally sourced — carrying on in the vein of Linda and Doug," Kirmse detailed. 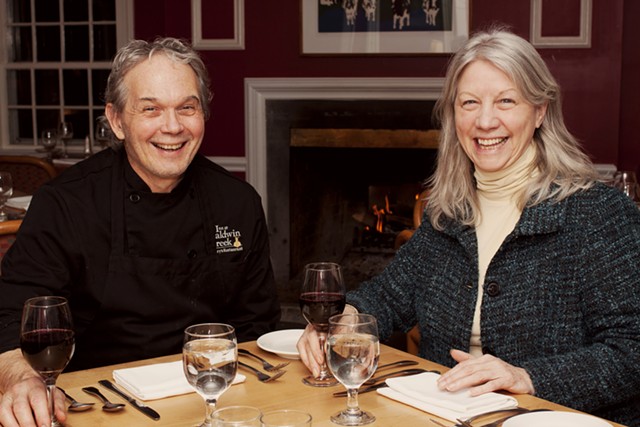 Harmon and Mack's journey began in 1983 when they bought a restaurant called Mary's on Bristol's Main Street. They had recently moved to Vermont from New Jersey, where they had met working in the hospitality business.

Mack was managing the bar at the Sirloin Saloon on Shelburne Road while they looked for their own spot to buy.  "Someone said, 'Do you know there's a restaurant for sale in Bristol?'" Harmon recalled. "We said, 'Where the hell is Bristol?'"

Bristol turned out to be an affordable spot for the young couple to get started with a 50-seat restaurant. It was also a good place to launch a locavore restaurant almost twenty years before that term had been coined.

"Our only concept was, we wanted our own place where we could do whatever we wanted," Harmon said. "There were all these farmers around us, and we just started buying from them."

Barely a decade later, in 1994,  Harmon and Mack moved their restaurant to the current Route 116 location north of Bristol's town center. They expanded seating, started the five-room Inn at Baldwin Creek in the 200-year-old building, and began hosting weddings and other events.

All the while, Mack was sourcing as many of his menu ingredients as possible from local farms. "Someone asked me: What was my favorite thing to cook," he said. His answer? "Whatever's fresh."

"We would meet someone at the top of the [Lincoln] Gap to buy elk," Harmon recalled. "Farmers would knock on our door."

Mack became the first president of the Vermont Fresh Network, which was established in 1996 to help promote local food and drink and to connect chefs with farmers and other producers. He and Harmon have also been active in the Vermont chapter of the Italian-born Slow Food movement dedicated to good, clean and fair food.

The couple's two daughters, Martha Mack and Laura Mack, grew up in the restaurant, where they have continued to help out over the years, serving and tending bar. Laura owns lu•lu ice cream in Vergennes, and Martha works for Zafa Farm and Winery based in Isle La Motte.

Laura recalled growing up in the restaurant and working with her family fondly. As a youngster, she would bike up and down the driveway hoping guests would stop and chat with her. "Mom always said people didn't come out to dinner to talk to kids. They had left their kids at home," Laura said with a laugh.

She especially loved the annual Christmas dinner the family hosted for the community, serving free meals for up to 300 guests at the restaurant and via home deliveries. When Laura was eight, her mother decided the event was taking away from family time and took a year off. "I threw a fit," Laura recalled. "That's what made the holidays the holidays."

In retirement, Harmon and Mack will revise their Mary's at Baldwin Creek Cookbook published in 2000 and continue to lead culinary tours of Italy.

"And Doug will continue making garlic soup," his wife added.

Mack's fabled cream-of-garlic soup has legions of devoted fans. The recipe is so closely guarded that, he once divulged, even his wife doesn't know it.

The couple is in negotiations with Laura to make the soup at lu•lu and sell quarts out of a cooler there. Laura allowed that this will most likely come to pass, but her dad will have to promise to clean up after himself.

"He always makes a big mess, and I don't want that mess in my kitchen," she joked.