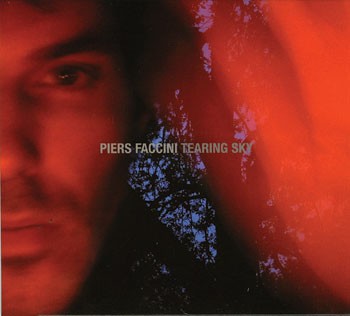 Why is it that European artists often have more interesting takes on traditionally American styles than their stateside counterparts? Norwegian singer Sondre Lerche consistently puts out records that turn the jazz-pop genre on its ear. The same could be said of England's Amy Winehouse. Maybe there's something to that universal-health-care thing after all. With Tearing Sky, English songwriter Piers Faccini continues the trend, delivering 14 tracks of blues-inflected folk psychedelia that stand up favorably to anything released in the U.S. in the last year.

Faccini's second album gets underway with the subtly haunting pseudo-hymn "Each Wave That Breaks." The song is a fitting intro to an album filled with Delta-tinged regret. The singer's soothing voice lilts over sparse organ accompaniment, occasionally augmented by a ghostly backing choir. The effect is intimately touching.

The next tune, "Sharpening Bone," switches gears with a laid-back blues-folk vibe that wouldn't seem out of place on an early Joe Henry album. Here Faccini employs a variety of percussive instruments to lay a foundation that almost borders on acoustic funk, with hints of world beat. Unlike many of his American contemporaries, however, he never lets the genre cross-pollination take center stage, and that keeps the spotlight on his deft songwriting talents.

Faccini continues to traverse genre boundaries throughout the record, but he does so with great care and taste, blurring lines without pretension or losing sight of his bluesy roots. In particular, songs such as the sweetly reassuring ballad "The Road's Not Long," the bouncing poetic turns of "Sons and Daughters" and the album's heart-wrenching closer, "Walk Over to You," are brilliant examples of an artist in fine command of his craft.

Tearing Sky is a terrific follow-up to Faccini's debut, Leave No Trace, which covered similar ground but not nearly as skillfully. Here we find a maturing songwriter at the top of his game.

Piers Faccini is appearing with Ben Harper and the Innocent Criminals next Wednesday, September 19, at the Flynn MainStage. I imagine this will be the last time we see him as an opening act.