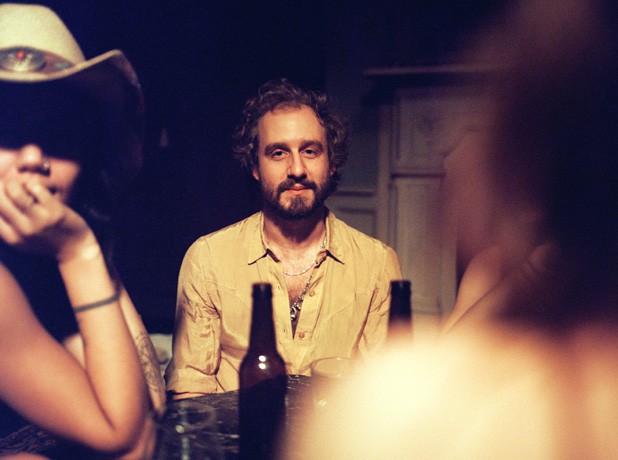 At the end of a tour for his band’s 2010 record Here’s to Taking It Easy, Phosphorescent front man Matthew Houck was beyond burned out. He had been touring almost constantly for nearly a decade, and the ravages of life on the road had finally taken their toll. Houck had reached a crossroads with his music. Or rather, a dead end.

In a recent phone interview with Seven Days, Houck explains that he lost interest in music altogether and didn’t put pen to paper to write a new song for close to two years.

“I didn’t think I was ever going to make another Phosphorescent record,” he says.

It turns out there’s a word for that: anhedonia. That’s a clinical term defined as an inability to experience pleasure in things one normally enjoys.

In 2012, Houck decided to give music one last go. He left his Brooklyn home and spent a week writing in Tulum, Mexico. There, he began writing a suite of songs that would serve as a core for his band’s 2013 record, Muchacho. Those songs included “A New Anhedonia,” an album centerpiece.

Muchacho has proven to be Phosphorescent’s most successful album to date. It graced the year-end best-of lists of innumerable critics, including those at Paste, who named it the best record of 2013. It is a beautifully lush and expansive record that features some of Houck’s most affecting and personal writing. And it almost never happened.

In advance of Phosphorescent playing ArtsRiot in Burlington on Monday, February 3, here is the rest of our conversation with Matthew Houck.

SEVEN DAYS: You covered Bob Dylan’s “Tomorrow Is a Long Time” for an upcoming Valentine’s Day comp for Starbucks. Why choose that song?

MATTHEW HOUCK: I’ve been playing it on and off for years live. And they asked for a love song, so it was a great chance to record it. It’s a gorgeous tune. It’s a stunning piece of music, a little lesser-known Dylan song that I’ve loved for a lot of years.

SD: Your brief vacation in Mexico played a big role in the creation of Muchacho and helped get you back into songwriting. Was it something in the water?

MH: It was just a little writing retreat. A chance to get out of town and clear my thoughts, get out of my own life for a little while. My life in New York wasn’t allowing me time to work on new songs. So it was a chance to go see if I was going to keep writing and get a chance to make another Phosphorescent record.

SD: Prior to that, you had reached a crossroads with music and encountered anhedonia. That sounds terrifying.

MH: I think everybody hits points in their life where things can be rough. I didn’t really know that word, anhedonia, until I was writing that song. And it kind of came through the process of writing. You keep your antennae out and see if things find you at the right time. You get lucky, basically. So that song really summed up a lot of rough stuff that was happening to me, the loss of enjoyment of a lot of things I’d always placed my faith in.

SD: So the narrative about the record, from people like me who write about this stuff, has become that Muchacho is a departure. But being familiar with your older records, I see it more as a return, or a continuation. What do you think?

MH: I’m glad you said that. I see it the same way. I put out two records in a row, To Willie and Here’s to Taking It Easy, that, for me, felt like the departures. But as it turned out, those were the first records a lot of people heard. To me it was more of a return to what I had been doing for a while now. The other thing is that I’m more successful recording these kinds of sounds. They were always on the old records, but they weren’t executed as well. The ideas, the electronic sounds, I guess you’d call them experimental sounds, they weren’t as easily packaged or experienced.

MH: It’s very similar. You’re cutting away and finding little pockets where sound can go. And it’s usually just me. We never have a band all playing together in the same room. So it takes a lot of time.

SD: So how do you go from that solitary setting to a much more communal experience playing with a band live in concert?

MH: Well, the band right now is really, really good. In the past, I used to just throw a band together and play the songs however they sounded. And they would take on a new life and new sound. With this band, it’s kind of the first time we’re able to be true to the arrangements on the record onstage. That’s not to say they haven’t changed. They do evolve slowly. But it’s nice to bring those sounds to life live.

SD: Given the success of Muchacho, do you feel any pressure for the next record?

The original print version of this article was headlined "Anhedonistic Anthem"