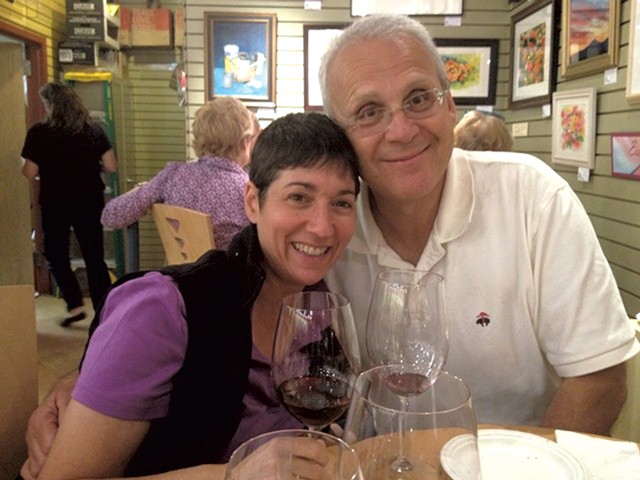 We often hear pleas to support local independent booksellers. This week we learned that one of them is turning the tables, as it were, by supporting local writers.

At last Saturday's 2017 Vermont Book Award ceremony, Vermont College of Fine Arts president Thomas Christopher Greene announced that Phoenix Books has created a $10,000 annual scholarship to honor the late Howard Frank Mosher. The Guggenheim Fellow and award-winning author of 13 books set in and around the Northeast Kingdom died in January at the age of 74.

According to a press statement issued Monday, the indie bookseller will award the merit-based scholarship to one emerging fiction writer from Vermont enrolled in his or her first year in VCFA's residential program in writing and publishing.

In thanking Phoenix co-owners Renee Reiner and Mike DeSanto for their generous gift — whose value is twice that of the annual Vermont Book Award — Greene said, "Phoenix Books has stepped up in a big way in a manner that Howard would appreciate, nurturing a new generation by providing opportunity that otherwise might not be available."

DeSanto said that he and Reiner have long wanted to "give something back" to the people who've allowed them to be booksellers since 1995, when they bought the Book Rack and Children's Pages in Winooski. He called Mosher a 22-year friend of their bookstores.

"Howard is also a transplant but he's as Vermont as they come," DeSanto added. "When his roots went down, he received all that genetic material that makes people Vermonters. His writings reflect that."

Mosher's widow, Phillis, who was married to the Irasburg author for more than half a century, said in the release that her husband was a great fan of Phoenix Books and other local bookstores and often credited them with his success.

The scholarship is a testament to the success of Phoenix itself. In addition to their Essex store, Reiner and DeSanto opened a Burlington location in 2012, and have since added another Phoenix in Rutland and purchased Misty Valley Books in Chester and the Yankee Bookshop in Woodstock. Phoenix launched a self-publishing arm, Onion River Press, earlier this year. It's a trajectory that defies doomsday predictions for brick-and-mortar bookstores and helped make Phoenix a finalist for Publishers Weekly's Bookstore of the Year award in 2016.

Mosher's final book, Points North, is due out in January 2018.