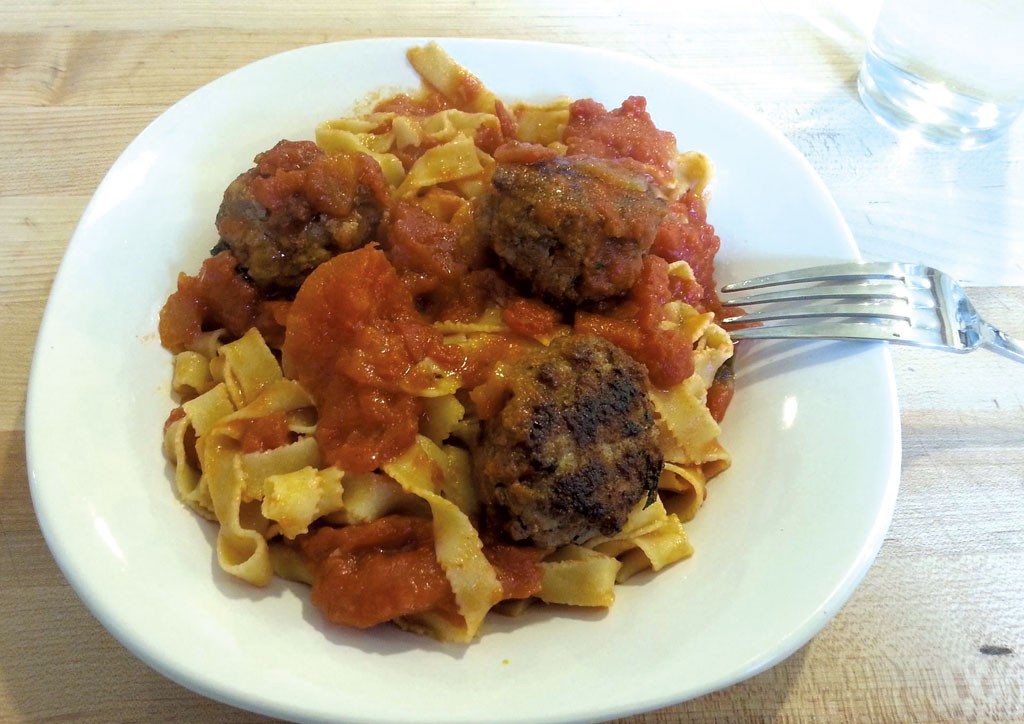 Last month, Montpelier got a new daytime hot spot — Philamena's. The owner is Kismet alum Todd Whitehead, who also helped open the Bethel Village Sandwich Shop and spent time at Waterbury's Park Row Café. Since he opened his Elm Street Italian outpost in mid-January, the place has been hopping.

Locals have flooded into Philamena's for breakfast: eggs served on housemade biscuits with local meats and cheese; pasta carbonara; buckwheat-ricotta pancakes; and omelettes stuffed with everything from spinach and chèvre to sausage and peppers. Fresh pastas are rolled out in-house daily. Everything — everything, Whitehead says — is made from scratch, with the exception of a few cured meats from local producers.

Lunch items include vegan soups (this week's is Moroccan carrot) and panini. The latter are pressed with everything from a classic Caprese to combinations such as salami, Gruyère, mustard and spinach; or ham, sautéed onion, apricot and chèvre. Pasta offerings rotate based on what's fresh and available from Whitehead's local farm sources, with standard sauces including marinara, pesto and vodka.

The pastas and sauces are also available in retail packages to take home — and Whitehead makes gluten-free as well as wheat-based options. "I saw a big need for that, being gluten free myself," the chef says. "Pasta is a big thing you miss."

This article has been updated to reflect the following correction: chef-owner Todd Whitehead did not graduate from NECI.

The original print version of this article was headlined "Daily Pasta"