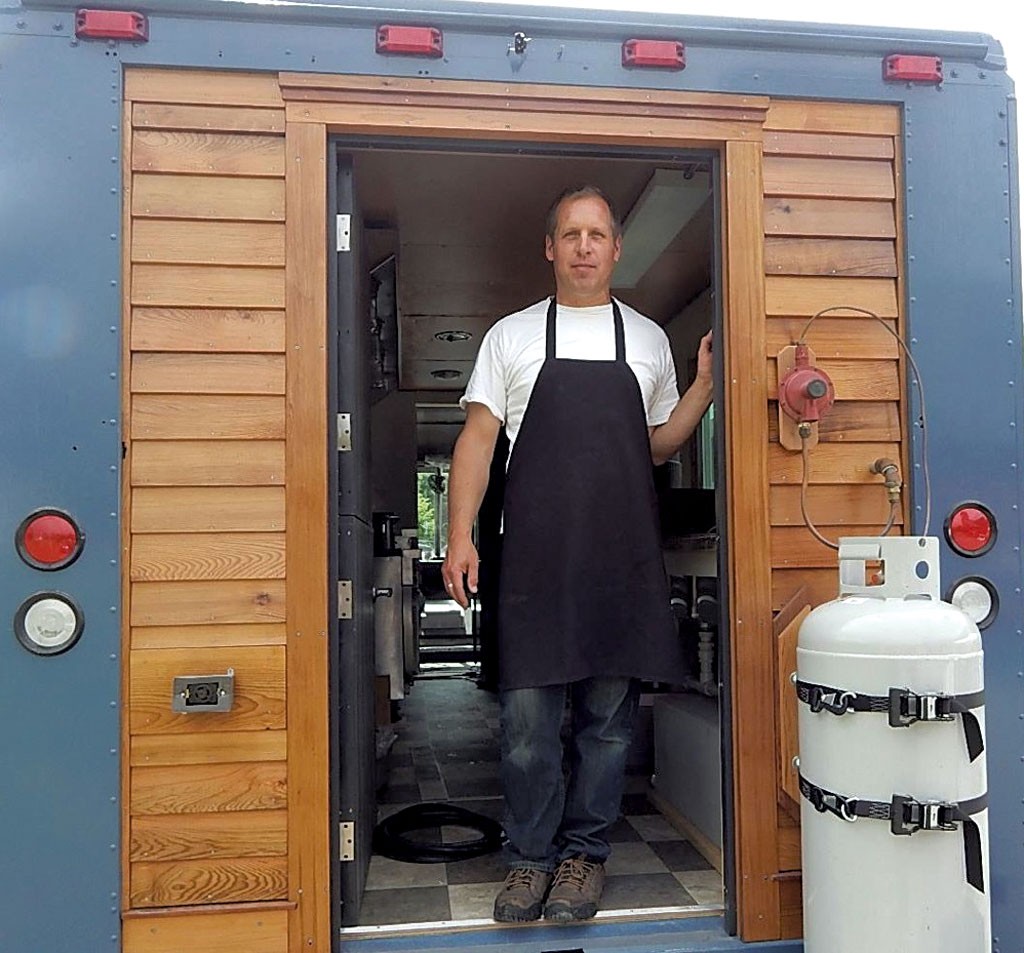 Matt Sargent has been holding his Phantom Dinners since early 2010; this past summer, his food truck was a hit on the local festival circuit, at Shelburne Vineyard and in Waitsfield. Now, the elusive cook has nabbed himself a regular haunt.

As the Valley Reporter reported last week, Sargent and his partner have signed a lease on a 60-seat space in the Mad River Green Shopping Center in Waitsfield (former home to Jay's Restaurant & Pizzeria), where Sargent plans a full-service restaurant called Phantom. The chef-owner told Seven Days he hopes to open in the weeks before Christmas.

Sargent worked as a design-builder for decades before getting into cooking. "When [Jay's] first closed, I looked at the space," he says. "But it was so dirty and ugly and gross; I said, 'No way am I moving in there.'"

Then the landlord gutted the place down to its studs. When Sargent saw the blank slate, he says, it conjured visions of a nice, long bar with high-top tables, a warm dining room with a small stage where he can continue his Phantom Productions concert series, and an outdoor patio where he can put a fire pit in the spring.

He adds that his chalkboard menu will reflect whatever's available at the moment. "If [a farmer]'s got a whole pig or a half a beef, I'll adjust the menu to use that product. There's no way to use only Vermont products across the board, but we're going to give it our best shot to use all that we can all of the time."