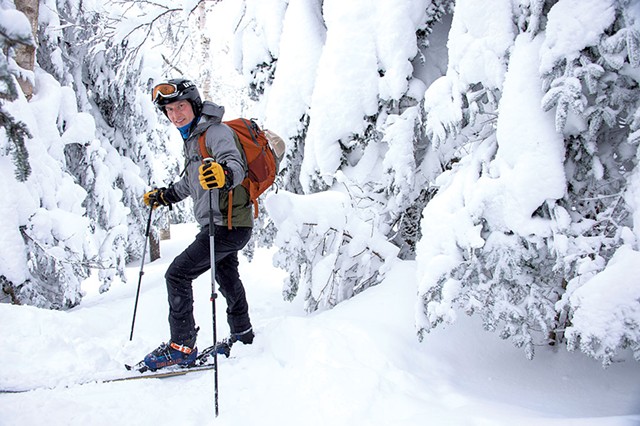 When Peter Walke was finishing his senior year at Williams College in 2003, he listened skeptically as president George W. Bush stood on an aircraft carrier deck and all but declared victory in the Iraq War.

The Montpelier native was studying political science with a focus on the psychology of terrorists and knew the Mission Accomplished banner flying behind the president was wishful thinking. After the attacks of September 11, 2001, the U.S. invasion of Afghanistan had felt justified to Walke, but overthrowing the government of Iraq seemed misguided.

Walke thought he could help his country look before leaping into decades-long geopolitical conflicts.

"I said, 'Let's make sure, as we're doing some of these things abroad to make ourselves more safe, that we're doing it in a more thoughtful manner,'" Walke recalled last week. "It was massively naïve. I'll admit that. But I think at that age you should have a passion for change."

And so he launched a decade-long career as a naval intelligence officer that took him and his young family around the nation and the world, trying to improve military decision-making processes.

Sixteen years later, as Walke takes over as Vermont's environmental regulator in chief, he says those years prepared him well to handle the competing pressures he will face as commissioner of the Department of Environmental Conservation.

"I think the beauty of the military is that not making a decision is not an option," Walke said. "You are forced in lots of different situations to make decisions with good information — and sometimes imperfect information — and make the best judgment you can."

At DEC, Walke said, he'll blend the decisiveness of someone trained to target terrorists with the leave-no-trace environmental ethos he absorbed as a college-age wilderness guide.

"My policy, generally, is that our goal should be to leave the place as good or better than we found it," he said.

Awaiting him in the new job are disagreements about a number of environmental threats, including how to best address phosphorus pollution in Lake Champlain, more quickly reduce greenhouse gas emissions, slow stormwater runoff from developed land and deal with groundwater contamination by the industrial chemicals called PFAS.

Walke's appointment last month by Gov. Phil Scott drew praise from many who've worked with him in his capacity as deputy secretary of the Agency of Natural Resources, where he served for three years. He replaces Emily Boedecker, who left her position suddenly on February 21.

Jeff Wennberg, DEC commissioner under governor Jim Douglas, said Walke's varied background and his experience at ANR make him a perfect fit for what he called a "very, very difficult assignment."

Shifting from a policy position to one that involves managing a sprawling organization of more than 300 people will not be not easy, Wennberg said, adding that Walke has "a lot to prove."

"But it is an indication of the degree to which Peter loves a challenge," Wennberg added.

Walke grew up in Montpelier, where his father, Stephen, was a utility law attorney. The young Walke cherished summer escapes to the family's camp on Raquette Lake in the Adirondacks. As a camp counselor on the Maine coast, he led kids on canoeing expeditions and Appalachian Trail hikes. He remains an avid backcountry skier, hiker and boater.

Walke joined the U.S. Navy a year after Williams and, during his 11 years as an intelligence officer, held assignments in England, Turkey — where he advised the Turkish military as it fought the Kurds — and Colorado at the North American Aerospace Defense Command.

At NORAD, he worked as a terrorism analyst on a team trying to prevent future 9/11-style air attacks. It was far from a Tom Clancy novel. The job involved long periods of tedium punctuated by nerve-racking decisions about whether to shoot down aircraft based on limited information, such as when a teen pilot inadvertently flew into restricted airspace around Washington, D.C.

Walke's job satisfaction slid, and he was also turned off by the development sprawl that dominated that part of the western U.S. It stood in stark contrast to the tiny village where he'd lived in England and his Vermont hometown.

"It's depressing," he said of Colorado. "You can't exist there without a car."

A bigger concern, however, was his father's health, which had deteriorated and prevented his parents from visiting their grandchildren. So Walke, his wife and two children moved to southern Vermont and he began commuting to Albany, N.Y., where he had won a fellowship for mid-career professionals.

As an environmental aide to New York Gov. Andrew Cuomo and later as chief of staff at the New York State Department of Environmental Conservation, he learned a lot about a state with an "incredible diversity of environmental challenges," he said, but was turned off by the "cutthroat" state politics.

"I think I succeeded because I approached the job with integrity and just being forthright with people," Walke said. "I didn't play the political games that were common." 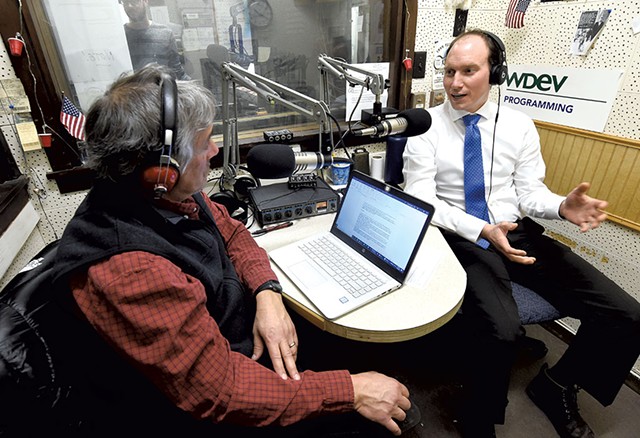 Walke still had strong ties to his hometown. A childhood friend's father worked on Scott's pit crew, and Walke had met and liked the stock-car-driving politician.

When Scott was elected governor in 2016, Walke sought the deputy secretary position under ANR Secretary Julie Moore. Administration officials arranged for him to meet Moore, and over a couple beers at Positive Pie, they hit it off.

She was impressed with his experience dealing with PFAS contamination of drinking water in Hoosick Falls, N.Y., believed caused by Saint-Gobain Performance Plastics, the company responsible for similar contamination in nearby Bennington. Walke said he appreciated Moore's deep knowledge of water quality engineering.

"We just realized that it was going to be a great working relationship, and it has been," he said.

As Moore's deputy, Walke took the lead on a number of high-profile policy questions. They include Vermont's opportunity to join the Transportation & Climate Initiative, a 12-state effort to cap greenhouse gas emissions from transportation and invest in greener alternatives.

TCI would create a system in which gasoline and diesel fuel wholesalers would have to reduce the amount of gas they sell or pay to offset emissions, costs they'd surely pass on to consumers.

Walke's ability to quickly learn the details of such a complex undertaking and then communicate them effectively to legislators and advocates has been impressive, said Senate President Pro Tempore Tim Ashe (D/P-Chittenden).

"I've found him to be really knowledgeable, very responsive and a straight shooter," Ashe said.

It is far from clear whether Scott will sign Vermont up for the compact, given his opposition to climate initiatives that may increase the cost of living for Vermonters. Environmental advocates nevertheless appreciate Walke's effort to "make TCI work" in the face of "a skeptical administration," said Brian Shupe, executive director of the Vermont Natural Resources Council. Many see the new commissioner as someone who genuinely values environment protection, he said.

Walke also cochaired the governor's 2018 Climate Action Commission. Shupe said the group came up with a "solid package" of recommendations, though little action resulted. "We hope that someday the governor will revisit them," Shupe said.

Environmental advocates have charged that Scott isn't doing enough to address the climate crisis and are agitating for more forceful policy responses. That at times has put Walke in the tricky position of defending the environmental record of a governor who hasn't fully embraced some of his own work.

Walke said it's not his job to advocate for policy changes but to give the administration the information it needs to make good decisions. He said he appreciates how the governor welcomes robust policy discussions.

"I love the fact that we have a functioning government that can have those conversations," Walke said. "That doesn't happen everywhere."

While Walke has won praise for his handling of issues such as TCI, he has been less successful in managing the thorny politics of Act 250, Vermont's landmark development control law. He was the lead negotiator with environmental groups on a package of sweeping changes to Act 250. Their proposal would have reduced the role of regional decision making in favor of a single professional state board.

But members of a key House committee felt blindsided by a deal struck outside of the legislative session. The House last month scrapped the funding for a statewide panel, the administration no longer supports the changes, and the bill, Walke predicted, will likely fail.

"I'll own that maybe we didn't roll out the deal as well as we could have, but the challenges for the bill go much beyond our role in it," he said.

The DEC runs dozens of programs to protect Vermont's air, water and soils. Wennberg called it a "big, complicated operation" that is the state's single largest issuer of permits.

DEC commissioners are often caught between opposing forces. Environmental advocates criticize the department for not sufficiently protecting Vermont's land and water. Businesspeople cry that the department damages the state's economy by delaying permits or setting unreasonable or contradictory standards.

Running DEC is no job for somebody with political aspirations, because "if you're doing your job right, you are frequently going to be making decisions that can't possibly make everybody happy," Wennberg said.

In a state with robust environmental regulations, conflicts arise at times between different sets of rules, like those protecting wetlands and others governing storm-water runoff, Walke said. He hopes to iron out regulatory conflicts between divisions within DEC and with other agencies and to make it easier to follow the rules.

Walke said he won't hesitate to make tough calls, but he's focused on improving his department's service to the public.

DEC has been working to create a more efficient permit processes, but Walke said he wants to go further. New mapping tools and expanding online permit applications could save time and energy for both staff and applicants, he said.

He acknowledges that improving the permit process is far from a novel goal, but if it results in more people following the state's rules, then the environment wins.

"The good news is, for most of the environmental issues that we face, we have a good sense of where we need to be," Walke said. "We've just got to do the work."