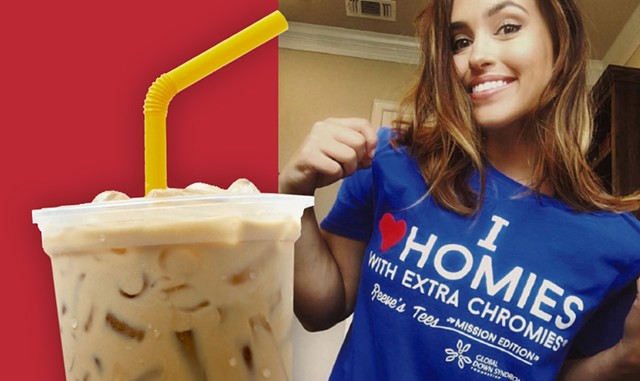 Burlington has no shortage of coffee shops. But when Perky Planet opens on the first floor of a new Champlain College residential building at 170 St. Paul Street in Burlington this fall, it'll be different from the rest, founder Richard "Dick" Vaughn told Seven Days earlier this week.

Like many others, the café will offer drip coffee, cold-brew and a full spectrum of espresso beverages, along with smoothies and fresh pastries from local bakeries. The difference? People with intellectual disabilities will staff it.

Coffee will be roasted on-site and come from female growers around the world, sourced through companies such as Colombia's AMACA Women Producers. To stabilize summertime income when the students are out of town, Vaughn also plans to sell retail beans at the Burlington Farmers Market. "That's long term," he said. "But if we raise enough money, we'll do that from the beginning."

Vaughn is cofounding the business with his wife, Christine, a special educator — along with a team of educators, doctors and consultants who specialize in working with disabled communities. Taylor Bolin, of Texas-based Ausome Adaptive, is the project lead. The Vaughns are providing the café's startup capital. In addition, Vaughn, a Burlington-based former food-service analyst and consultant for national chains such as Starbucks, Wendy's and Tim Hortons, has launched an Indiegogo campaign to fund $20,000 in specialty equipment, such as automatic bean grinders and espresso machines, designed to facilitate his workers' induction into coffee culture.

"You can buy a machine that'll produce a fantastic latte automatically, consistently, every time," he said. "There are ways to produce a great cup using technology, and we intend to do that."

Vaughn said he became interested in working with the disabled community a few years back, after he lost the use of his legs to a spinal injury. When he returned to work, he quickly noticed the prejudices that folks with disabilities face. "The unspoken thing is that the [disabled] person can't do the job," he said. "It's like, 'If I'm hiring this person, it's because I'm a good person, not because this is the best person for the position.'"

Since he started work on this project, Vaughn said, dozens of families have reached out to him, hoping to get their relatives who have disabilities involved. Vaughn also plans to work with local nonprofits such as the Howard Center and the Vermont Family Network to find eligible employees.

Putting such people to work in a café setting, he said, does more than improve their quality of life. It could help solve employment issues in the food and beverage industry, which has faced a dearth of entry-level workers in recent years.

If things go well in Burlington, Vaughn hopes his business model — which he's building to be replicable and open-source — could be applied in other cities. "If you have a profitable business model, you can really spark a systemic change in the business," he said. "That's why I'm calling this a 'social revolution.'"

The original print version of this article was headlined "Level Grounds"