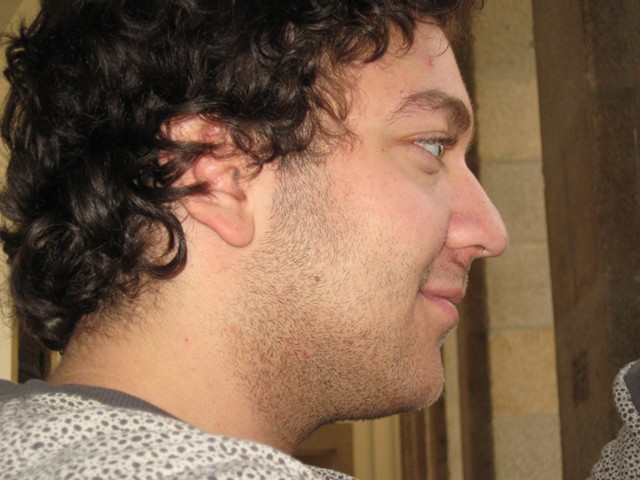 Among the many events delayed by the pandemic is an upcoming concert in memory of Julian Lamb Orgel, who died unexpectedly in 2018 at the age of 26. His parents, pianist Paul Orgel and psychologist and author Sharon Lamb, of Shelburne, took about a year to plan a tribute that reflected their son’s wide-ranging musical interests. Then COVID-19 struck.

“An Evening Remembering Julian” is now scheduled for Saturday, May 21, at the Elley-Long Music Center at Saint Michael's College in Colchester as a live, in-person event that will also be streamed. (Tickets for either cost the same.) The concert is part of a fundraising effort to endow a $50,000 scholarship for the Vermont Youth Orchestra in Julian’s name.

In Memoriam: Julian Lamb Orgel, 1992-2018
In Memoriam
Julian starting played cello at a young age at his parents’ suggestion; they hoped father and son would play together, which they often did. Julian studied the Suzuki method with Anne Brown before studying with John Dunlop, the principal cellist of the Vermont Symphony Orchestra. Julian played in all levels of the VYO through high school.

The youth orchestra “was a constant for him for many years and it was a very healthy, positive part of his life,” Orgel said by phone. Ticket purchases and donations can be made on the events page of the VYO website and at the door.

As a high schooler, Julian also took up trumpet and then studied jazz guitar. He played in the Flynn jazz program under the direction of Tom Cleary. And he became a devoted fan of Phish and the Grateful Dead. 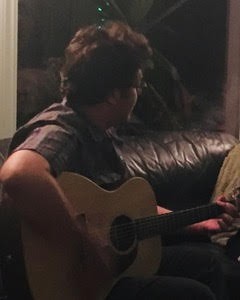 The memorial concert will showcase all these interests as well as pivotal figures from Julian’s musical life. Dunlop will join Orgel to perform Gabriel Fauré’s “Elegy, Opus 24," from 1880, a piece whose long, gradually descending lines in the principal theme express a somber pathos.

Cleary, a pianist and keyboardist, and his wife Amber deLaurentis, a jazz vocalist, will perform jazz standards and tunes, some of which Lamb chose because she used to sing them with her son while driving him to music lessons.

Jazz guitarist Paul Asbell will play blues and songs Julian “would have loved,” according to program notes, in memory of the young man’s fearless experimentation on the guitar. Cleary, deLaurentis and Asbell — all Orgel’s colleagues in the Department of Music at the University of Vermont — will perform a Grateful Dead tribute.

The heart of the concert will be a work written for and dedicated to Julian by the accomplished composer Curt Cacioppo, a family friend since the early 1990s when he and Orgel taught at Haverford College. Cacioppo composed a song cycle for soprano and piano titled “Songs With and Without Words.” 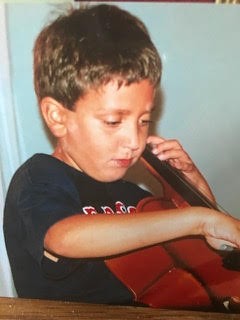 “Our kids grew up together in Pennsylvania,” Orgel said, and the pianist became “a champion of [Cacioppo’s] music.” In fact, Orgel performed Cacioppo’s “Pawnee Preludes” at the Green Mountain Chamber Music Festival in June 2018, with the composer in attendance, less than two weeks before Julian’s death.

“[Cacioppo’s] response to finding out Julian died was to start writing these songs,” Orgel recalled.

For some songs, the composer set to music Lamb’s own Facebook posts about the aftermath of her son’s death.

“She learned about [Cacioppo’s use of her posts] because he would start sending us these songs," Orgel said. "He had a very strong response. He wrote this amazing piece. It’s a challenging song cycle in many styles — some jazz, blues, also American classical.”

The performance of “Songs With and Without Words” will feature Orgel and Marshfield soprano Mary Bonhag, who frequently collaborates with the pianist.

When asked what it’s like to play the piece, Orgel replied, “On one level, it’s a serious musical assignment. But on another, I’ll stop and look at it and it’s very emotional for me. I’ll call Sharon from the other end of the house and say, 'Here’s the part with the water on his gravestone.'”

Nevertheless, Orgel highlighted the event’s beneficial intent, and stressed the need to support the VYO.

“It feels very positive to us. It’s very affirmative. And we’re doing it for the community and the orchestra.”