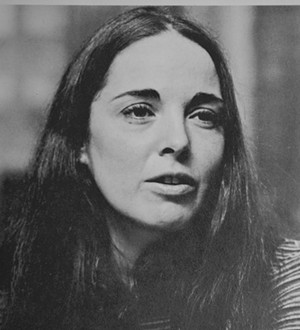 Patricia (”Pat”) Novotny died on June 3, 2015 at her home while in the loving care and embrace of her family. Pat was 75 years old.

Pat enjoyed the letters, cards, emails and voice messages sent to her by family and friends. Pat was especially touched that her sister, in laws, cousins and nieces and nephews traveled great distances to care for her during the final weeks of life.

The immediate family wishes to thank Patty Reno for her assistance throughout the years, friends and family who delivered food and flowers and all who contacted, visited and cared for Pat in her final days. Thanks to the University of Vermont Medical Center, the VNA and hospice VNA. The family especially wishes to thank Dr. Patricia King, Dr. Joseph Schmoker, Dr. William Hopkins and Dr. Bonita Libman and their staff for their compassionate care and concern.

Pat was a remarkable woman, wife, mother and friend. Pat was also a stunningly beautiful woman who cast aside her modeling career in New York City, and an opportunity to be a “Breck Girl,” to seek a meaningful life with her husband.

In Pat’s early years she was a coat buyer and manager for department stores. After obtaining a B.A. from Trinity College in Burlington VT, Pat went on to become a lobbyist for Planned Parenthood (both VT and at the national level), Executive Director of the Vermont Coalition for Health, recipe tester for the Harrowsmith Cook Book, co-owner of the Cheese Outlet in Burlington, and a Medicare advisor to seniors through the Champlain Valley Agency on the Aging.

Pat was also a feminist who worked hard advancing women’s issues such as reproductive freedom and passage of the Equal Rights Amendment.

Pat and her family are especially proud of Pat’s political career. In the early 1970’s Pat became the first female elected to Burlington’s Board of Alderman (now city council). Pat’s campaign brochure photograph appears in this obituary. Pat was also the first democrat elected from ward 6. Pat also served on Burlington’s Planning Commission. During Pat’s time in public service, she advocated for urban renovations of Burlington’s downtown that included the creation of the city’s pedestrian mall.

Pat’s life was devoted to family, especially her grandchildren, and friends. Pat was a gourmet cook whose meals are specifically recalled with great fondness by friends and family to this day. In addition to cooking, Pat loved good humor, entertaining, boating, camping, gardening, canoeing, hunting, and fishing for everything that swims: trout, bass, rooster fish, tuna, salmon, marlin, bone fish, and sailfish. Pat especially loved traveling with her husband Charles. Together they traveled to China, Europe, Mexico, Central America, Caribbean and Canada. Pat’s beauty belied her rugged sense of adventure. For years Pat and Charles were transported by a prop plane deep into the wilds of Labrador and Newfoundland Canada portaging their canoe and camping for a month without cell phones or electronic devices.

Pat lived a wonderfully rich and vibrant life and accepted her impending death with grace and courage. Pat will be missed for years to come by her friends and family.

In lieu of flowers please consider making a donation in Pat’s name to your favorite charitable organization.

Arrangements are in the care of the Cremation Society of Chittenden County. To send online condolences to the family please visit www.cremationsocietycc.com.