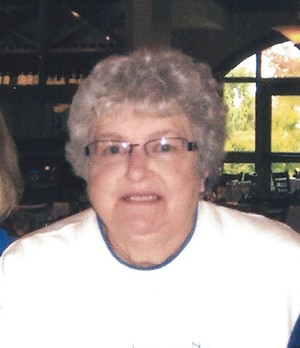 Patricia (Moody) McDonald Decarreau, 77, died Monday, March 23, 2015 at the University of Vermont Medical Center with her loving family by her side.

She was born in Burlington on August 18, 1937, the daughter of James and Rose (Vezina) Moody. She graduated from Burlington High School and Champlain College.

Visiting hours will be held on Friday from 4pm-7pm in LaVigne Funeral Home, 132 Main Street, Winooski. A Christian Mass will be held Saturday at 9:00am, at St. Francis Xavier, in Winooski. Online condolences may be shared with the family at lavignefuneralhome.com.