Parkway Diner in South Burlington to Reopen Under New Ownership 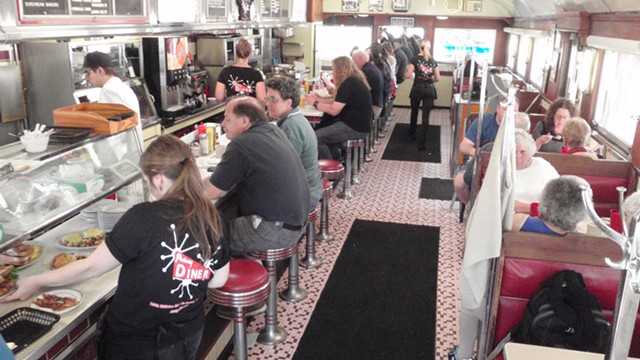 After being closed for almost two years, the landmark Parkway Diner in South Burlington has a new owner and a reopening date of mid-April.

Chef-restaurateur Brian Lewis of Fayston said he has signed a lease to open a new version of the Parkway in the classic Worcester diner car that has served up hearty helpings at 1696 Williston Road since the early 1950s.

Lewis, 44, moved to Vermont four years ago for a job as executive chef at Sugarbush Resort. In 2018, he opened his first restaurant, Toast & Eggs, in Waitsfield. He sold the breakfast and brunch spot in November to his front-of-house manager, Malcolm Piper. Lewis still owns Filling Station in Middlesex, a burger and sushi restaurant he launched in February 2021.

"I love opening restaurants," Lewis said. "I love creating opportunities for other people."

Owner of Toast & Eggs to Open Dinner Restaurant in Middlesex
By Jordan Barry
Food News
The Parkway Diner was most recently owned and operated by chef Corey Gottfried, who took over the lease in December 2013.  Gottfried built a new kitchen behind the diner car in the spring of 2019, and then invested in a $3,000 TV system to enable customers to see the cooks at work.

In June 2020, a post on the diner's old Facebook page said that pandemic dining restrictions had obliged the Parkway to close. A few days later, another post assured fans that the closure was temporary. Gottfried never responded to several requests for updates.

Lewis learned about the historic restaurant's need for a new steward through a restaurant industry supplier. "It's an iconic location," Lewis said.  In contrast with his previous projects, he continued, "It's a really big and exciting opportunity in a larger market where we can really serve the locals."

He also added that he's a lifelong diner fan, having grown up going to Zip's Diner in Dayville, Ct. 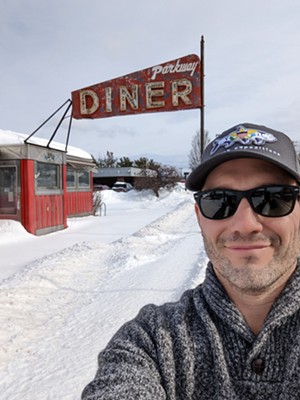 The Parkway will be open from 7 a.m. to 1 p.m. daily.  Executive chef Corey Bolton, who started brunch at Lewis' Filling Station, will lead the kitchen team. Lewis said the menu is still in development but will include diner classics such as pancakes, corned beef hash, and burgers — including a vegan chickpea option. Everything will be made in a "total scratch kitchen: all baking done in house and burger meat ground fresh daily. No shortcuts taken."

He noted that with labor and product costs at all-time highs, menu prices will not be cheap. "This will be good quality, locally sourced," he said. "You're gonna get what you pay for."

There will be a full bar, as well as beer and wine. Lewis also hopes to help other chefs by making the large kitchen and 44-seat diner available for dinner pop-up events.

The diner sign will be coming down on Thursday, March 10, for repairs. Lewis said the diner car itself will remain largely the same, though he plans significant outdoor "sprucing up," including a new 40-seat patio with awnings and planters.