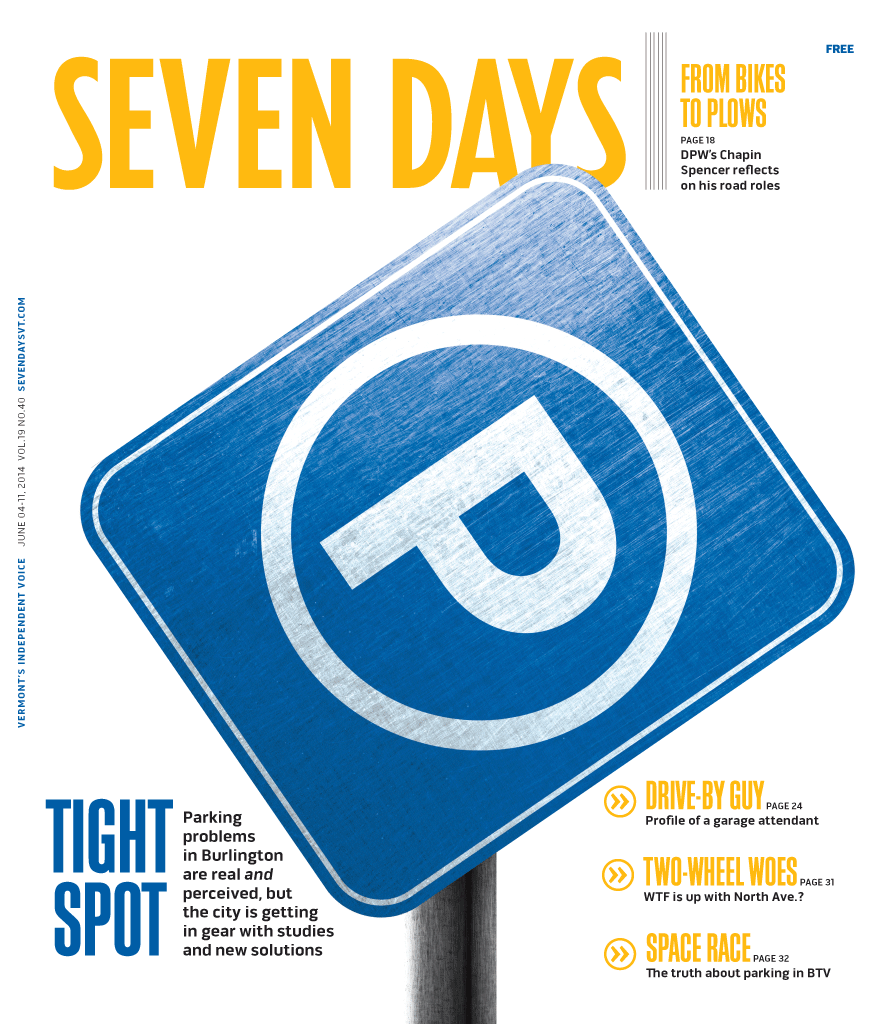 It’s not news that Burlington has a parking problem — though, according to city officials, the bad reputation is somewhat undeserved. So why write about it now? Because, based on a consultant’s report and several studies under way, the Weinberger administration and a coalition of private stakeholders are actually trying to make some changes. Expect a few to roll out in coming months. Meantime, read all about it in Ken Picard’s overview, which busts some parking myths and includes a word cloud pulled from reader feedback about Burlington parking. Here, you’ll find an interactive map of downtown parking spots, including some surprises. We also offer a story about former Local Motion director-turned-public works chief Chapin Spencer, a profile of a parking-garage attendant and a WTF on that intermittent bike lane on North Ave.