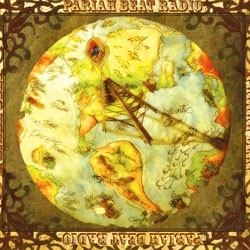 Vermont has birthed its share of exports, but Pariah Beat stand a breed apart. Suffused with salty Green Mountain charm, Thetford’s gypsy outlaws compose a multigenre maelstrom that threatens to hijack Boston airwaves. Framed as a faux FM broadcast and brimming with jug-band enthusiasm, Pariah Beat Radio teeters between roots and rockabilly, often within the same track. There’s much to discover here.

“Front Porch” is a thumping Appalachian opener that might befit the Dropkick Murphys, if those Beantown pugs traded bagpipes for banjos. And while the barrelhouse number “Leavin” might seem ham-fisted, Justin Bendel’s playful accordion saves the Elvis-inspired honky-tonk from parody. It’s as if Firewater hotwired the King’s tour bus and took him for a drunken joyride.

Everybody sings on Radio, and that’s half the fun. Emily Eastridge lends soprano to the old-time “City Far Away” — a quirky number that serves up irreverence behind a folksy façade: “If we’re not doing business, there’s no charm in shaking hands,” she warns.

Mischief runs like a current through the record, escalating from wry country to frenzied Old World romp. Imagine Brian Setzer vamping below deck on the Titanic and you’ve got something approaching the tipsy “Tipperary.” It’s a sloshy blast that pits Nick Charyk’s plucky jazz guitar against Billy Sharff’s lyrical fiddle. Sharff is expert at introducing exotic textures, such as on the slithering “Sinners and Saints.” But the fiery Shaker hymn “Babylon Is Fallen” is the real sparkplug: Thick with cheers, it’s a neo-Cossack anthem. You’ll want to kick your heels till dawn. Gogol Bordello, beware!

Shape-shifting through ’60s surf, jukebox hand jive and Delta blues, the band’s versatile bards mine a century of iconic sounds. And stamina is clearly not an issue. James McHugh anchors the myriad tempos with snappy stick work that never flags.

Sixteen tracks in, the Beat drop “H-Bomb,” a bawdy rocker that smacks of lo-fi Kiss. It is the set’s kinetic apex, a final exclamation point before the album’s somber finale.

Eerily quiet, “New Year’s Eve” brings a tearful close to 60 minutes of whiskey-soaked Americana. But this party’s far from over. Marking Pariah Beat’s first feature-length release, Radio speaks volumes both to the band’s influences and to its broad abilities. Sure, there’s some mimicry to their cabaret. But there’s conviction, too. Such depth demands it. Committed to the cause and soaked with talent, this show is worth tuning in.