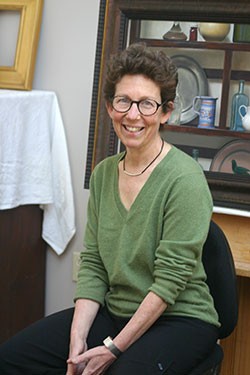 The four-term Republican governor, who will leave office early next year, reviewed submissions from about eight artists before choosing Gridley, Schutz said. Although Douglas is also from Middlebury, he picked Gridley not because of a hometown connection but because he likes her work, Schutz said, noting that the artist and the governor were not previously acquainted.

The two had an initial meeting last week to discuss plans for composing the portrait that will hang in the Statehouse — presumably near the likenesses of former governors Madeleine Kunin and Howard Dean.

Neither Gridley nor Douglas could be reached for comment before Seven Days’ deadline.

Gridley, a Williams College alum married to Orton Family Foundation director of communications John Barstow, has taught at Middlebury College and other Addison County schools. Her work includes landscapes and interiors as well as portraits.