Paddling Advice From the Authors of a Lake Champlain Kayaking Guide 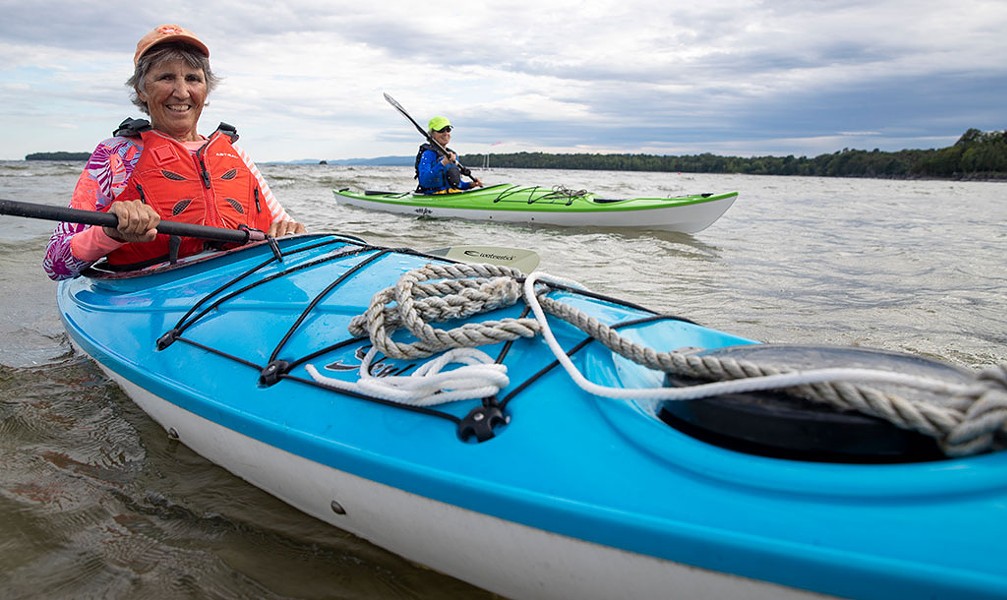 Catherine Frank and Margaret Holden set out on a lark to kayak around the Champlain Islands in 2003. One paddle stroke led to another until that first trip ultimately became a 650-mile circumnavigation of Lake Champlain.

The women's expeditions over nearly six years informed their 2009 book, A Kayaker's Guide to Lake Champlain, which was reissued this summer in a new edition. The useful volume interweaves tales of their travels with advice for paddlers, detailed route descriptions for short and long explorations, and thorough information about the human and natural history of the lake.

Frank, 77, and Holden, 82, describe themselves as "somewhat fit, somewhat cautious" paddlers who stay relatively close to shore, not just for safety's sake but because that's the best way to enjoy constantly changing views of the lake's shoreline. The arrival of autumn is no reason to stop exploring, the two women say.

During an in-person interview and in email exchanges, they recommended some of their favorite routes, ready to be explored as the leaves change.

Many of us think of autumn as a time for hiking or hunting, not paddling the lake. Have we got it wrong?

CATHERINE FRANK: We've had some of our most beautiful paddles in September. There can be lovely calm days, and there's not as much powerboat traffic. You do have to be prepared because you might get wet, but the water is still warm.

MARGARET HOLDEN: It's a wonderful way to see foliage. Just be smart and look at the weather report. On a windy day, the rivers flowing to the lake are more protected and can give you such a variety of views and wildlife. For example, you can put in at the mouth of the Winooski River...

CF: There's a new launch site, Derway Cove, in River's End park in Burlington, recently conserved by the Lake Champlain Land Trust. That makes it so much easier for Burlingtonians to reach the river.

MH: From there you could go upriver to Ethan Allen Homestead...

CF: Or paddle all the way up to the dam in Winooski.

MH: It's so peaceful, with woody stretches and farmland. There are picturesque places to stop for lunch, lots of history and, right at the mouth of the river, you can get off on the beach on Derway Island, which is a wonderful birding area.

How about farther afield? Many Vermonters are less familiar with the southern part of Lake Champlain.

CF: One of my favorites starts at the Larrabees Point Fish & Wildlife access area in Shoreham. There are so many reasons why this is one of the best routes on all of Lake Champlain. There is an abundance of wildlife — eagles, osprey, ducks, jumping fish. This trip also takes you to one of the most historic locations on Lake Champlain, particularly during the American Revolution — the triangle of Fort Ticonderoga and Mount Defiance [in New York State] and Mount Independence in Vermont.

Paddling south, you pass the mouth of East Creek and come to the northern tip of Mount Independence on the Vermont side, where the Americans were prepared to defend against an assault by the British from the north. You can see and feel the exposure to an enemy fleet sailing down the lake, and you're aware of how narrow — three-tenths of a mile — the passage between the two sides of the lake is at this point. Guns on both sides of the lake were trained on that passage.

You are exposed to both the north and south wind, but waves don't build the way they do on the broad lake. If you stay close to shore, you'll encounter invasive plants — Eurasian milfoil and water chestnut — but don't let that discourage you. They help keep the waves down, and you can always paddle farther from shore. 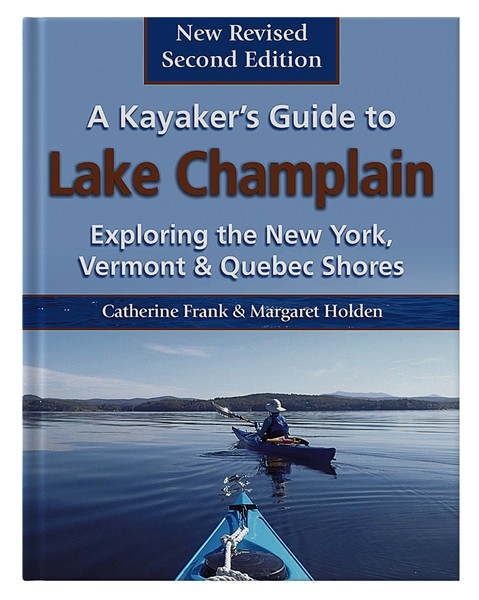 MH: Otter Creek is another rich area. You can put in at the Fort Cassin Fish & Wildlife area in Ferrisburgh and paddle about seven miles up to the dam in Vergennes, or you could drive to Vergennes and put in on the south side of Otter Creek and explore downstream for your choice of distance. The basin below the falls in Vergennes is historic. Centuries-old buildings on the north side overlook where shipbuilding took place for the Battle of Plattsburgh in the War of 1812. At one point, shipbuilders and farmers from all over Vermont volunteered and put together a small navy that saved us from speaking with a British accent!

And there are delicious places to eat in Vergennes. With a chain and a padlock, you can secure your kayak and walk up the hill into town with your paddle.

How about on the northern end of the lake?

MH: My favorite would be Missisquoi Bay, which offers — from one launching place — a real variety of paddles. Most of those trips we did in the fall. You've got some beautiful foliage, and you can see a lot of migrating birds because it is right on the Atlantic Flyway.

If you go to Louie's Landing, clearly marked on Route 78, you can head downriver to circle the islands at the mouth of the Missisquoi River, or out picturesque Dead Creek, an arm of the Missisquoi, into aptly named Goose Bay, or upstream into the center of Swanton. It's definitely the way to see wildlife — we've spotted osprey, eagles, shorebirds, muskrat, beaver, turtles. Try to picture the original Abenaki who began living along here 10,000 years ago.

Any last words of advice for fall season paddlers?

CF: Be aware you are sharing the lake with duck hunters. And no matter what season, always wear a life jacket.

MH: After checking the weather, grab your life preserver, get out on the water and enjoy! See you there.

Mail-In Voting Is Officially Under Way in Vermont

Falling for Montpelier: A Fun Day Trip That Will Win Your Vote
Top Stories