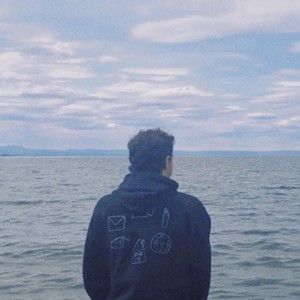 Longing is such an acutely strange state of being. On his debut album, Dear You,, Newport-based singer-songwriter and producer Owen OK leans hard into his. The 22-year-old (real name Owen Krisak) longs for relationships that have gone silent, for the passion that's withered into apathy and, above all, for reestablishing communication.

The opening track, "For You to See," sets the tone, as a gentle piano figure underpins Krisak's pleading vocal. "I miss when you stood up," he laments. His voice, reminiscent of Local Natives' Taylor Rice, possesses an urgent tenderness, as if the emotion in his songs were bearing down upon him.

"Hopealliswell" continues the theme as Krisak reaches out into the ether, searching for someone who's gone missing from his life. It's a rite of passage: Sometimes people just fade in and out of our lives, no matter the love that might exist. Krisak faces this hard truth with a simple letter of love and support. "Never wanted you to leave my side / Got you printed on my skin / Don't know what to do, so I'll just write 'Dear you' / Hope all is well with you," he croons.

In a press release, Krisak calls the EP "a six-track letter to both my closest friends and the entire world." The record is empathetic almost to a fault, as Krisak's constant pining at times weighs down his songs. Tracks such as "Home Is You" go so deep into plaintive realms that the yearning blurs together.

The EP comes to life when Krisak indulges more in his producer role. "Those Seconds" features a clever, tittering beat that slips in and out of the arrangement, allowing him to syncopate his vocal delivery to great effect. Such subtle forays into R&B give the EP its best moments.

While he's adept at belting out ballads over gentle piano, Krisak shows more promise when his songs have drive. For example, "Miss You More" veers into dance-pop territory just enough to deliver some needed edge.

The EP's confessional nature is like a missive from an ex you hadn't heard from in some time. It's 3 a.m., and you get that text: "I miss you." You can either hit delete and go back to sleep, pretend it was a strange dream, or open your phone and let the past back in, consequences be damned.

Dear You, is that text, the message that, once received, can't be ignored. It's a six-song lamentation and an ode to regret. It's also a debut album full of potential for a young songwriter and producer who displays a strong sense of melody throughout. Krisak is trying to reach you on this record. And even when he grasps a little too desperately, it's his desire to do so that gives the EP its power.

Listen to Dear You, by Owen OK on Spotify or go to owenokmusic.wixsite.com/owen-ok.