Opinion: Over and Out 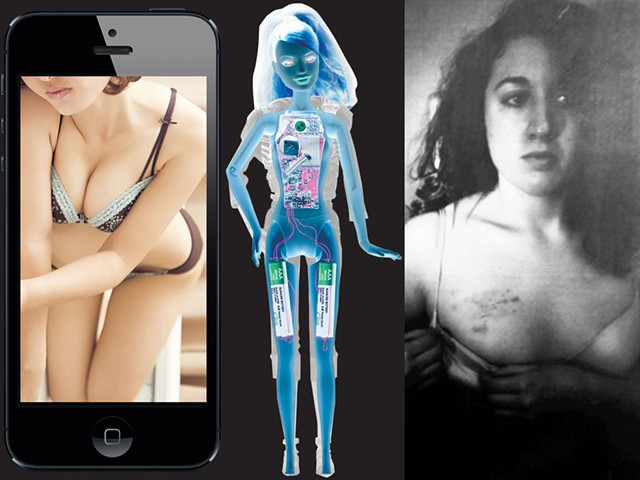 This week, after 11 years, Poli Psy says farewell and wanders off to join hot type, daily newspapers, living wages, correct grammar and other geezers of journalism past. So, herewith, a few valedictory insights from the archives.

For those who never got the column's name, Poli Psy — sounds like "poli sci" — is shorthand for political psychology. The column features the tagline: "On the public uses and abuses of emotion." What I have often focused on, though — because I'm cranky — are the abuses.

There was the abuse of racist fear to exonerate police brutality. Of anti-Semitism (Jim Douglas versus Peter Shumlin) and misogyny (everybody versus Hillary Clinton) to discredit political opponents. Terror of the mentally ill to block community care. Disgust for the poor to criminalize severe family dysfunction.

I watched positive emotions deployed to nefarious political ends, too. Gov. Shumlin, for one, is a wizard at the alchemical art of turning pride in Vermont's storied generosity, compassion and common sense into justification for cuts to Medicaid and the Earned Income Tax Credit, nickel-and-diming the disabled and otherwise discomfiting the poor while cosseting the rich.

But few emotions, or combinations of emotions, are more packed with political potency than sexual hysteria. "Whatever hysteria exists is inflamed by mystery, suspicion and secrecy. Hard and exact facts will cool it," I quoted Hollywood producer-director Elia Kazan in one column. He was wrong. Facts will do nothing of the sort. I'd reached that conclusion painfully, I said, "having spent almost three decades carrying buckets of facts to try to quell America's blazing sex panic."

That was written in August 2008. Twelve-year-old Brooke Bennett had been kidnapped and murdered (allegedly, at the time) by her uncle, the repeat sex offender Michael Jacques. This rare and sensational Vermont crime had drawn out every terror-stoked, politically opportunistic, misguided law-and-order idea ever conceived.

That month, two towns passed sex offender residency restrictions. Attorney General Bill Sorrell brought his wish list of prosecutor-friendly, Constitution-shredding proposals to the table, including a DNA data bank of everyone arrested for anything. Gubernatorial candidate Gaye Symington indicated she was open to considering it all.

Elsewhere in America, lawmakers were prohibiting sex offenders from giving out candy on Halloween.

Vermont resisted that aspect of the witch hunt. But much of its 34-piece agenda has since passed in some form.

Still, the job is never done. In 2015, Mark Hulett, whom WCAX-TV called "a notorious child predator," got out of jail and moved to Bristol. The neighbors hadn't been notified and rose up in alarm. Television newscasters fanned the flames. The legislature protected those neighbors by reducing the time a released sex offender has to register with the police — from three days to 24 hours.

There is no evidence that anything about the sex offender registry protects anybody from crime. This is one of those hysteria-cooling facts I keep schlepping to the flames, to no avail.

By the way, this year the legislature gave the police a modified version of that DNA data bank.

One reason panic works so well is that it's hard to pin down; it's a mess of contradictory feelings. So, at the same time they're stoking panic, the media, lawmakers, prosecutors and freelance moralists try to draw distinct lines between the sexually guilty and the sexually innocent, the perpetrator and the victim.

It's been a wonderfully ludicrous exercise to observe, as during the mortifications of Florida Republican Rep. Mark Foley, caught sending suggestive messages to Congressional pages; and New York governor and former attorney general Eliot Spitzer, exposed paying for sex.

The press, which loves hypocrisy, pointed the finger at Foley, chair of the House Caucus on Missing and Exploited Children. Indeed, the man was a hypocrite, and a sexual harasser. But was he a pedophile, as many were calling him? Could the preternaturally ambitious young-adult objects of his attention remotely be called children?

Spitzer's wife refused to play victim or even condemn him publicly. Kristin, the sex worker/pop singer in question, was earning $1,000 a night ministering to the likes of a government higher-up; the scandal gave one of her songs a big bump in sales. Spitzer was legally a perp. But portraying the woman as a victim, which anti-prostitution activists did, was a stretch.

Back in Vermont, there was Burlington High School Spanish teacher Giovanna Yaranga, charged with felony sexual assault for consensual sex with a 17-year-old student. She got four years, suspended, on a possible 20-year prison sentence, plus 10 years on the sex offender registry. Yaranga probably should have been fired. But is 10 years of banishment a proportionate sentence? Was she a perpetrator and the kid a victim?

Over the decade, I've watched Vermont lawmakers and police scour the landscape for sexual victims. A proposed bill would have awarded automatic child custody to women who charged their husband or partners with marital rape. Does victimization make a woman a good mother?

A few years ago, Burlington cops "rescued" — that is, put out of work — some female Asian spa employees who were offering hand jobs to the customers. The police alleged that the women were "trafficked" as sex slaves, although there was little evidence that anything was going on beyond undocumented immigrants choosing a better-paid form of exploitation over a lesser-paid one. More recently, the police — this time with the Department of Homeland Security — again investigated a spa for "possible illegal activity."

When teen sexting started making news, the Vermont legislature had to scramble to write language to prevent prosecutions of kids for sending sexy pictures of themselves to friends or lovers. It would have been the only crime, as far as I know, in which one person could be both perpetrator and victim.

Once in a while, unconventional sex happened and no victim could be found. The same week that Idaho Sen. Larry Craig, a prominent supporter of the Defense of Marriage Act, was nabbed playing footsie with an undercover cop in an airport men's room, a Moretown farmworker was arrested for shtupping his boss' cows. According to a local vet, "no harm came to the cows."

In at least one other way, Vermont policy makers have not bought the victim discourse. They have steadfastly defended women's right to abortion and never, ever advanced the canard that women — or fetuses — are "victimized" by women's freedom to decide what to do with their bodies. I'm profoundly grateful for this, and probably for a few other things I don't have the space to laud. Anyway, I don't want to spoil my reputation for crankiness in the penultimate paragraph of Poli Psy.

But I'm not finished being grateful. Thanks to my superb editors, Pamela Polston, Margot Harrison and Paula Routly, who never censored anything I wanted to write about — they just helped me say it better. And thanks, readers, for reading, thinking and corresponding; even the flames were appreciated. Stay political, stay emotional. And don't be strangers.

Readers can keep up with Judith Levine at judithlevine.com. For all Poli Psy articles, go to sevendaysvt.com/polipsy.