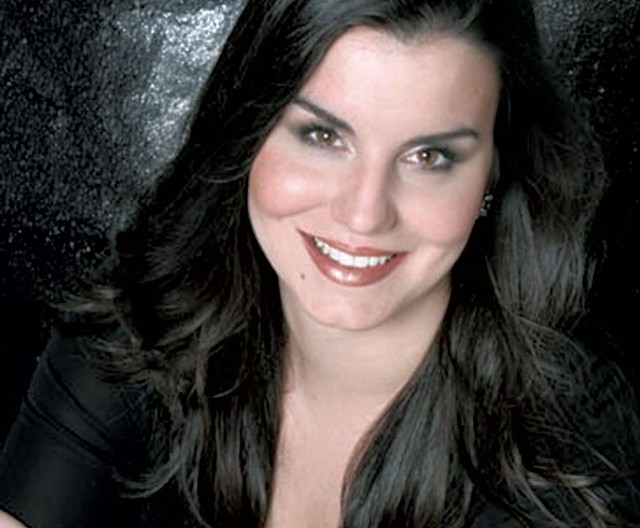 For pure hair-raising horror, there's not much to beat Shakespeare's Macbeth. Except, perhaps, for Verdi's version of it. The Italian composer had a lifelong love of the Englishman's plays, making three into operas. While Otello enjoys perennial popularity, and Falstaff was the last opera Verdi wrote, Macbeth was his first attempt to pay homage to Shakespeare's drama in music, and the one of which he was proudest.

The fit could not be better for the Opera Company of Middlebury, which launches its 13th season with the tragedy. OCM, recently written up in Opera News and the Huffington Post, has made its name in two realms: producing lesser-known operas (among them Massenet's Thaïs, Puccini's La Rondine and Rossini's The Italian Girl in Algiers) and delivering high visual and acting values.

"You should have a lot to look at in grand opera," declared artistic director Doug Anderson. He has chosen to do a period Macbeth for that reason. "Political intrigue, murder, the shifting of power — these things are always with us, so Macbeth is often updated. But these productions have looked kind of chinzy," he continued. "You should have an opulence of visuals." Anderson convinced his board to rent costumes used by the Royal Opera House in Covent Garden, London.

That period setting is medieval Scotland, where Macbeth is spurred by the prophecy of a group of witches and the urging of his ambitious wife to murder the king. The act drives the usurping rulers to more murders, complicating their relationship and finally resulting in insanity and death for both.

Verdi's focuses are the witches and the couple. His exploration of the Macbeths' dark psychology was new for opera at the time, and the weight of the drama falls on Lady Macbeth.

Soprano Anna Netrebko's take on the role at New York's Metropolitan Opera this season may have been hailed as definitive, but OCM lead Rochelle Bard, a 39-year-old dramatic coloratura soprano living in Connecticut, sounded undaunted during a recent phone call.

"I love Anna Netrebko," she enthused. "She really lives in the role — and I do that, too." Bard recently sang the title role of Bellini's Norma at Knoxville Opera and previously performed as Violetta in OCM's staged concert production of La Traviata.

What Bard does find daunting is inhabiting the character of Lady Macbeth, a new role for her. "She is intense. She is vengeful and evil and manipulative and fabulous," said the soprano with a laugh.

While Shakespeare portrays monarchs and noblemen, leaving the Scottish people largely absent, Verdi represents the latter with a chorus of witches. The composer envisioned a 60-member chorus; OCM's production, in the intimate Middlebury Town Hall Theater, will have 20.

As for the music, Macbeth is a bit of a mashup of Verdi styles, a diversity that might contribute to its relative rarity onstage. Having written the opera in 1847 in the conservative bel canto style he used early in his career, Verdi then revised and added many parts nearly 20 years later. Productions during his time favored the original score; today the revised one is preferred.

What Verdi didn't change was the opera's most famous aria — in Lady Macbeth's sleepwalking scene. Bard called it the work's "most haunting and beautiful music."

Macbeth's famous aria is "Pietà," in which he laments the life he'll never experience, said baritone Joshua Jeremiah, who will sing the title role for the first time.

"It's heavy stuff," said the 36-year-old, speaking by phone from his Astoria, N.Y., home. Indeed, OCM's Macbeth will likely raise more than a few neck hairs. But, musically, Jeremiah added, the role of Macbeth is more "bel canto and elegant" than Rigoletto, another Verdi role he recently performed, at Arizona Opera.

Jeremiah suggested the opera may not be standard repertoire because "the roles require a really high level of career success." But Anderson appears to have a witch-like facility for picking young singers with bright futures: His first lead, Yonghoon Lee, sang Don José in Carmen and performed the same role at the Met eight years later. Given that track record, Jeremiah and Bard may be well on their way.