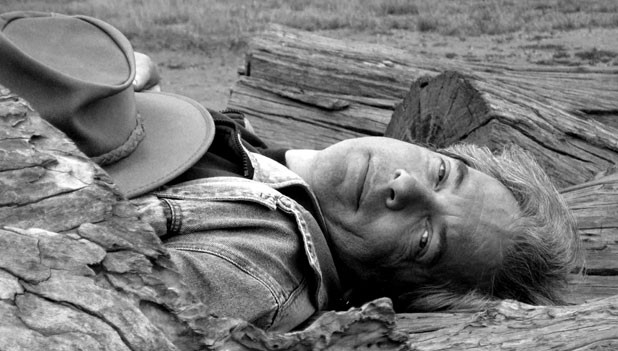 On “Let’s Go Downtown Tonight,” the closing track of his most recent record, Cold New England Town, Montpelier-based songwriter Mark LeGrand spins a bleary-eyed lament of whiskey-soaked desperation. “Trying to satisfy all our desires is like trying to dry our clothes in the rain,” he croons over a woozy roadhouse swing beat. It’s one of several instances on that 2006 album in which the country singer examines the fleeting triumph — and inevitable tragedy — of nights spent staring down the bottom of a bottle.

The peril of drugs and alcohol has been fodder for country music since the dawn of the genre. In that regard, LeGrand is no different from idols such as Merle Haggard, Waylon Jennings or Hank Williams. However, unlike many other songwriters informed by vintage and outlaw country, LeGrand doesn’t drink. In fact, he hasn’t had a drop in 25 years.

This Saturday, September 24, LeGrand and his band, the Lovesick Bandits, will play the Vermont SoberFest 2011 at the Capital City Grange in Berlin. The show, which also features local acts Rob Meehan, the Tim Brick Band, Mano Malo and DSY, is a benefit for Friends of Recovery Vermont and is one of several similar events around the country celebrating September as National Recovery Month.

Legrand, 59, was born to a working-class family in suburban Connecticut. He moved with his family to tiny West Arlington, Vermont, in 1967 — a culture shock he is fond of describing as “like moving into a Norman Rockwell painting.” Or, in less charitable terms, “boring.” He says his refuge from rural monotony and redneck small-mindedness was a transistor radio that picked up broadcasts from Boston and New York. Music became his outlet.

“I had no interest in much of anything else beyond music,” he says.

As a teenager, LeGrand taught himself to play bass guitar by listening to Blood, Sweat and Tears records. He soon began playing in bands, which eventually led him to the roadhouse dives that once dotted Route 22 in nearby New York state — where, at the time, the drinking age was 18.

“Right out of high school I was working five nights a week playing music,” he recalls. LeGrand played in a country band that performed mostly at American Legion halls and town granges, as well as a soul and R&B act that played bars. “It was fun,” he continues. “We played honky tonk bars. And we drank. A lot.”

LeGrand lived the rock-and-roll lifestyle for the next decade. But, as anyone who has followed rock history knows, that way of life eventually takes a toll. By the time he reached his mid-thirties, LeGrand had drunk his fill.

“You can get into this fantasy world as a musician,” he explains. “Especially as a country musician, [drinking] is what we do. It’s a job where it’s almost expected that you drink,” he continues. “I got sick and tired of being sick and tired.”

Around the same time, one of LeGrand’s songwriting idols, Waylon Jennings, was confronting his own substance abuse, cocaine addiction, which he documented in the songs “Working Without a Net” and “Will the Wolf Survive.” Jennings got sober in 1984, and his success inspired LeGrand. In place of drinking, LeGrand turned to a new addiction: songwriting.

“I wrote mostly for therapeutic reasons,” he says, adding that alcoholism runs in his family. “It just felt so good to write. I got hooked on that.”

As evidenced in songs such as “Let’s Go Downtown Tonight” and numerous others throughout his catalog, LeGrand mines his drinking days for material. He says sobriety has given him a clearer perspective about his experiences and allowed him to play the role of storyteller.

While he often chronicles the pitfalls of alcoholism in vivid detail, he says he is careful not to be preachy or judgmental.

“People get confused and think recovery is about giving up a right,” he says. “It’s really just a personal decision that comes from personal experience.”

LeGrand experienced his addiction as an “on and off switch.” He says he would go months at a time without drinking. But when he inevitably hit the bottle again, he hit it hard. “I couldn’t just have a couple. It was all or nothing,” he says. Eventually, he chose the latter option. “I haven’t had a hangover since,” he says with a chuckle. “And I have a lot more money in my pocket.”

LeGrand equates his addiction to that of cigarette smokers. “I don’t think you’ll find a lot of people who would say they’re glad they smoke cigarettes,” he says. “But it’s a part of your brain that takes over, and the addiction becomes bigger than you. Eventually, you have to figure out who is really running the show.”

Mark LeGrand and the Lovesick Bandits play the Vermont SoberFest 2011 at the Capital City Grange in Berlin on Saturday, September 24, 5 p.m. $10/20. AA.