On an Avian Adventure With the Audubon Bird Count 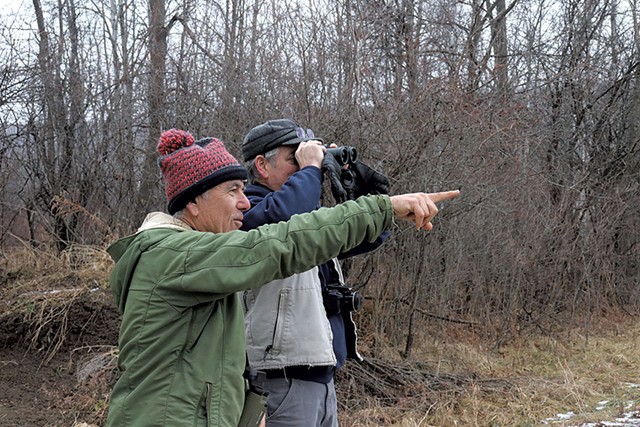 There was something in the bushes. I was the first person down the trail, so I saw the flutter of motion first. I crouched to peer between the branches, my walking companions gathering behind me, until finally we spotted our prize: a tiny brown bird, different from any of the other tiny brown birds we'd seen that day.

I'm not a birder. At least not yet. Like many people, I have spent most of my life actively ignoring birds. But last summer, on a different group hike, a woman shushed us to point out a birdsong filtering through the woods. The wood thrush is known for its call, delicate and flutelike with a distinctive trill at the end. My guide went on about how it sings two notes at once during the trill. Later, I read that Henry David Thoreau was enchanted with the bird.

"The thrush alone declares the immortal wealth and vigor that is in the forest," he wrote. "Whenever a man hears it he is young, and Nature is in her spring; whenever he hears it, it is a new world and a free country, and the gates of heaven are not shut against him."

Imagine my chagrin, then, when I realized that hike was the first time I'd ever listened to birdsong. Sure, I'd heard birds my entire life, but I'd always treated them like background noise. I never bothered to tune in and try to distinguish one from another.

So, roughly six months later, on the first Saturday of 2020, I found myself standing on the side of a dirt road in Hinesburg, ready to commit fully to no longer ignoring birds while hoping it wouldn't snow. I had joined the Audubon Christmas Bird Count, an annual citizen-science event that takes place in towns and cities across the country. Many Vermont birders held their counts over the holidays, but in Hinesburg, the count was just beginning.

"The bird count has been around since long before citizen science was a buzzword," Paul Wieczoreck told me as we walked along Beecher Hill Road, looking for some of the first birds of the day.

Wieczoreck has led the Hinesburg bird count since 1991, but the event originated in 1900 as an alternative to a Christmas tradition known as a "side hunt." That essentially consisted of going into the woods and killing as many animals as possible, many of them birds.

The Christmas Bird Count serves as a less violent chase — and a more educational one. According to the National Audubon Society, data gathered in the annual counts have contributed to more than 200 peer-reviewed studies. Throughout the day, we'd write down the number of birds of each species we saw (estimating in some cases) in our designated census area, and Wieczoreck would submit our figures to Audubon. 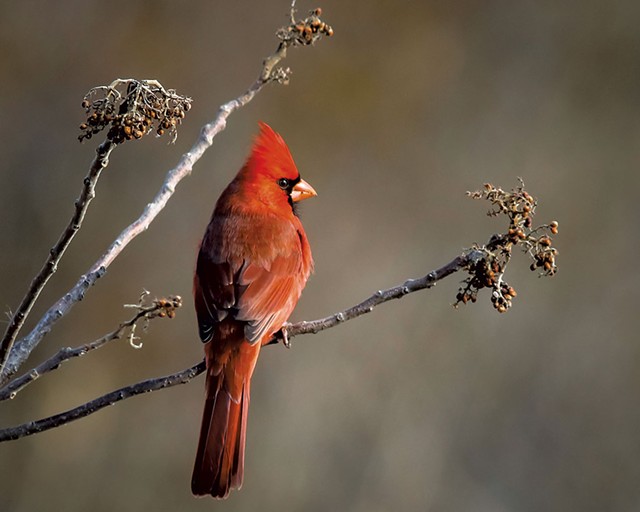 "What's that, Paul?" Bill Allen, Wieczoreck's friend and fellow birder, pointed at a dark shape flying between trees in the distance. I thought it was a joke, but Wieczoreck barely had to glance over his shoulder before answering, "That's a blue jay."

We were joined by another friend, Ed Sengle, and off we went, down dirt roads and through fields. Snow seeped through my boots, and thorny branches like tripwires grabbed at my coat and socks. We circled houses and yards, peering at people's bird feeders.

"This is where you've got to make sure you don't get shot, because people see you staring at their house with binoculars," Wieczoreck said.

He lent me a pair, and through the lenses I watched a couple of cardinals, a male and a female. I saw a white-breasted nuthatch with something clutched in its long beak. Later, we watched a small flock of bluebirds perch at the very tops of trees; at a feeder, we spotted two different species of woodpecker.

Allen gasped when he caught sight of five white-throated sparrows. Birders treasure these rare creatures — the so-called "good birds." But even the chattering chickadees, which seemed to follow us everywhere, got their share of attention.

When Wieczoreck doubled back on the trail to get the car, Allen informed me that his friend is an impressive naturalist.

"He blows me away," Allen said of Wieczoreck. "He's an encyclopedia of flora and fauna."

Allen also introduced me to ebird.org, where birders can log their sightings publicly. When the day's findings were logged later, they would help other birders know where to look for certain species. The site has leaderboards that list Wieczoreck as the fifth most prolific birder in Chittenden County; he has spotted and registered 262 of the county's 324 bird species.

To be in the big leagues, you have to see 150 different species in a year, Allen said. He elbowed me joyfully. "Last year, I saw 151."

The birders started the day by quizzing each other, but within a couple hours they'd moved on to quizzing me. "Can you find those robins with your binoculars?" "What's that call we just heard?" 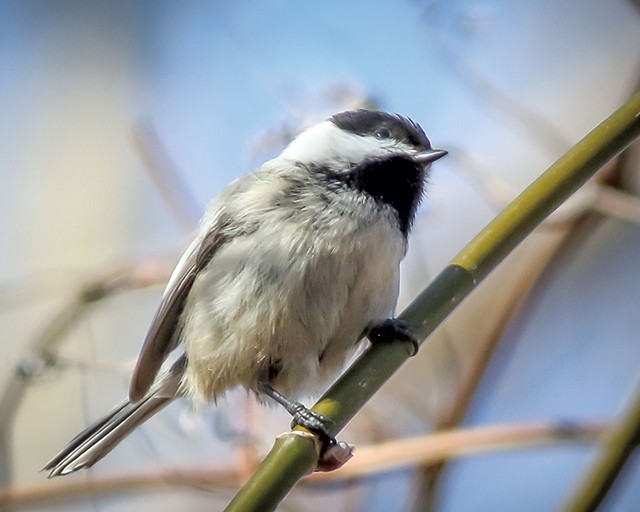 Wieczoreck can whistle like a screech owl, a call that draws curious birds up and out of the forest to see what's up. He taught me to make a pssh pssh sound, a whispery version of what you might use to call a cat.

"What bird are we imitating?" I asked.

"I don't know, but it works," Wieczoreck said.

Lacking the stamina for a full day of bird searching, I was ready to bow out after the morning waned and the snow started falling. The others still had a full day planned — the Christmas Bird Count only comes once a year, after all.

But, as we walked back to the car, I had my moment: finding that little brown bird in the bushes. It might have been an American tree sparrow, Wieczoreck said, but he guessed by its size that it was actually a rarer chipping sparrow. "That might be the bird of the day," he said.

Yes, you read that right. I went from a chronic bird ignorer to a certified rare-bird spotter over the course of a few hours. Altogether, the group spotted 23 species during the time I walked with them.

I'm not turning pro anytime soon, but I do have a newfound appreciation for my feathered fellow earthlings — hopping around on lawns, winging it in the sky and providing a pleasant excuse for a walk in the woods. They're all good birds in my book.