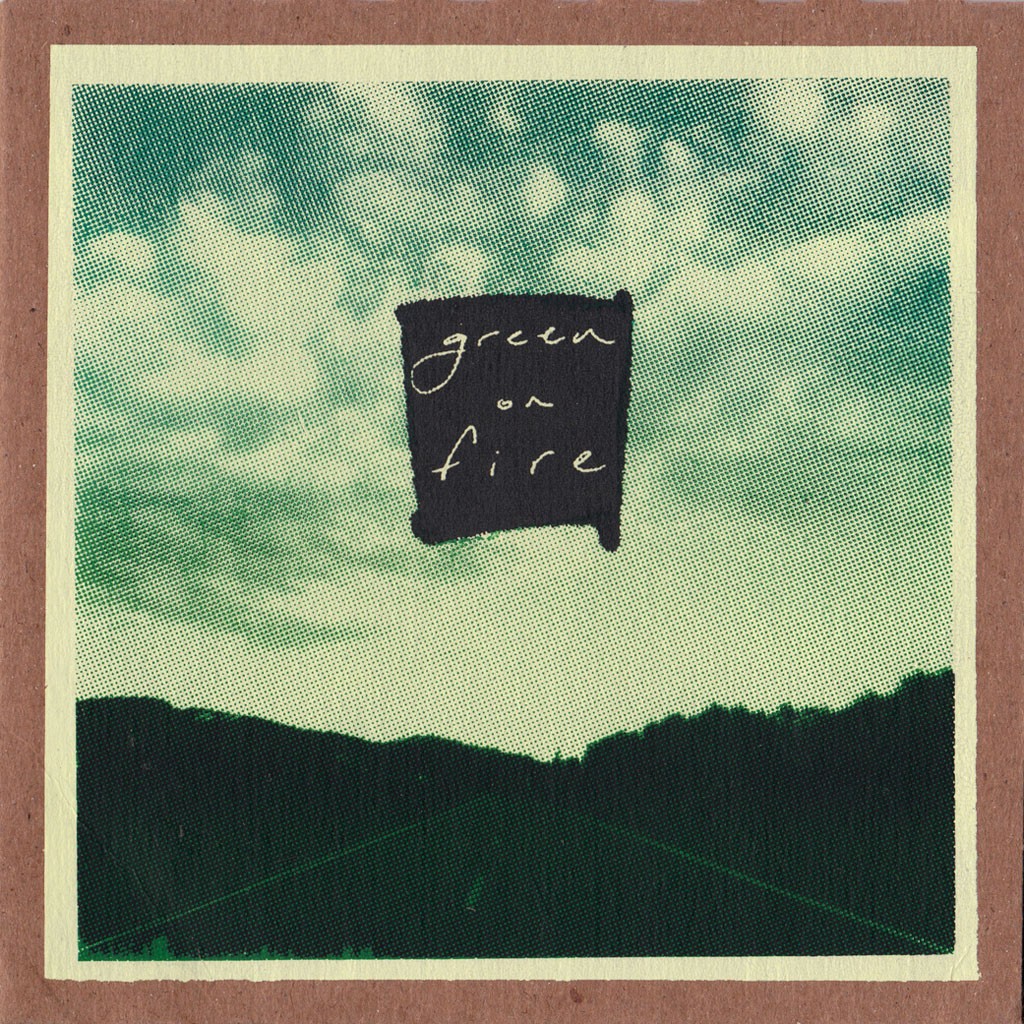 Playing an easygoing medley of country-folk, Americana and bluegrass, southern Vermont outfit Gold Town spent the last few years creating listenable, carefree mountain music. The band worked the summer festival circuit in 2014, appearing at the Frendly Gathering in June and at Grand Point North in September, but seems to have taken a hiatus since.

Recently, Gold Town veterans Andrew Stearns and Shay Gestal emerged from the ashes to form the duo Old Sky. They released their five-track debut EP Green on Fire this February. Old Sky is not simply Gold Town reincarnate, however. By introducing different vocal and instrumental tendencies, Gestal and Stearns do distinguish themselves.

While Stearns' throaty voice is still dominant, Gestal's soft harmonies are a welcome addition. The plaintive opener, "Tired Whistle," shows that the two pair well together, with her comforting low pitch rounding out his anguished twang.

Curiously, some of the duo's lyrics feel oddly worn-out for a debut. On "I Stand Corrected," Stearns laments a broken relationship, singing, "We used to brag to all our friends about our love / said there's no pain you can't rise above. / But in time we failed the test / and now it's gone like all the rest. / I thought love resurrected lasts for all time / and I stand corrected / at the end of the line." Songs about love are well and good, but the track's bareness makes it seem like Stearns not only ran out of steam in the relationship but also in writing about it.

Old Sky favor a slower pace than did the freewheeling Gold Town. Hence, the EP's mood is decidedly more melancholy than much of the previous repertoire. With the exception of the jumpy, dyed-in-the-wool bluegrass tune, "Blue Eye Reel," Green on Fire lacks hell-raising tracks. "Golden Hour" is a bittersweet number, and the aforementioned "Tired Whistle" sounds, well, tired. The closer, "Woodsmoke," spotlights Gestal's sorrowful fiddle, which was not present on earlier Gold Town recordings. It's a harrowing and beautiful tune. But it does end things on a drained, spent note.

More forlorn than fiery, Green on Fire is a safe debut that doesn't reach for too much. Perhaps after all the shuffling and disbanding and reforming, Stearns and Gestal are a little weary? This EP shows they have stepped out of Gold Town's shadow. If the two can steady their footing and amp up the instrumentation, they will show more polish in their next showing.

Green on Fire by Old Sky is available at oldskyvt.bandcamp.com. Old Sky play the Skinny Pancake in Montpelier this Sunday, April 5.