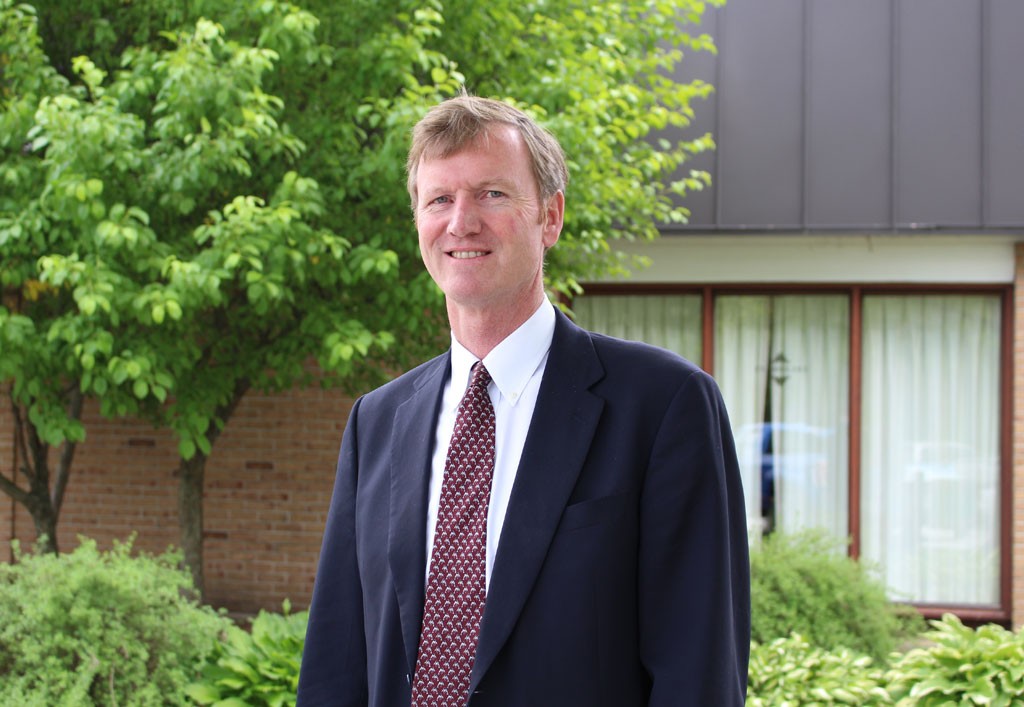 Gov. Peter Shumlin outraised Republican rival Scott Milne three and a half to one over the past three months, according to reports filed Tuesday with the secretary of state.

But the Democratic incumbent's advantage in cash on hand is far more striking: Shumlin has more than a million dollars available to spend before Election Day ­– 50 times Milne's $19,814.

"We just opened a bank account on Friday," explains Milne, who entered the race last month and plans to make a formal campaign announcement next week. "I think we're on track. Our focus over the past month has been getting our team organized and getting some structural things done."

Just weeks after the legislature adjourned in May, the gov held a Montpelier fundraiser for top lobbyists and their corporate clients. According to Tuesday's filing, Shumlin raked in at least $15,000 that day — from Casella ($2,000), ClearChoiceMD ($2,000) and the Necrason Group ($1,000), another Montpelier lobbying firm.

As for Milne, two-thirds of the $20,420 he raised came from the friends and family of one man: David Boies III, a college classmate of Milne's who lives in Naples, Fla. Boies, two of his friends and four of his relatives each donated $2,000, Milne says. That includes Boies' super-attorney father and namesake, who represented Al Gore in the Bush v. Gore Supreme Court battle that settled the 2000 presidential election.

"I made three calls to personal friends for money, and they came in," Milne says.

In the race for lieutenant governor, incumbent Republican Phil Scott ramped up his fundraising last quarter after former Progressive legislator Dean Corren cleared the Democratic field and qualified for $200,000 in public financing.

Scott raised $52,547 from 443 donors — a significant portion of which came from colleagues in the central Vermont construction and contracting industry. Scott co-owns Middlesex-based DuBois Construction.

We'll be taking a closer look at Tuesday's filings this week on Seven Days' news and politics blog, Off Message: sevendaysvt.com/offmessage.

Party at the 'Rents'

Though he's got more than a million bucks in the bank, Shumlin's hardly taking a break from the fundraising circuit.

Cohosting the event is Tess Taylor, who resigned her position as House majority whip in March to become executive director of the Vermont CURE, a single-payer advocacy group that plans to spend big on this fall's political campaigns. Taylor works out of KSE's Montpelier offices and expects to register as a lobbyist next legislative session, she says.

Should lobbyists hold fundraisers for those they're seeking to influence?

"Gov. Shumlin is grateful for the tremendous support he's received for his campaign and is glad to have the opportunity to visit with supporters at house parties like these," the gov's finance director, Erika Wolffing, says, not-so-subtly dodging the question.

"I don't see what the conflict is," answers Taylor. "I mean, nobody's doing that [lobbying] work right now."

Bailey concurs. He notes that he and the 'rents held a similar fundraiser two years ago, which drew 40 to 50 people, and, "No one said anything or raised any questions then."

"This is part of the process. This is how campaigns are funded," Bailey says. "Myself and every other lobbyist in Montpelier is raising money for political candidates: governor, lieutenant governor, House campaigns, Senate campaigns. We're directing contributions from firms, individually. Some of our clients contribute, so we help to arrange that."

Burns agrees that there's nothing unusual about Bailey's fundraiser — and he discloses that several of its hosts are friends of his — but he believes the system needs to change. That's why VPIRG is dispatching its summer canvassers this year to build support for banning corporate and lobbyist political contributions.

"We would prefer to see lobbyists not be engaged in activities like hosting or attending fundraisers because that would result in a better decision-making process for government," Burns says. "But until that is the rule, I understand why this happens."

"He should not have endorsed," Mazza says. "I was surprised that the governor came out of the box and supported him. I think many others were surprised, too."

A centrist who backed Republican gubernatorial candidate Brian Dubie over Shumlin in 2010 before switching allegiances late in the race, Mazza has the ear of the Chittenden County political elite. He's invited them to an August 6 fundraiser he's hosting for Scott in the garage behind his Colchester general store; it happens to house 11 Corvettes and a full-scale replica of a midcentury diner.

Rep. Chris Pearson (P-Burlington), who recently signed on as a part-time staffer to Corren, says he doesn't think Mazza's move reflects the will of his fellow Democrats. Corren is mounting a write-in campaign in August's Democratic primary to secure the D nomination, in addition to that of the Ps.

"It means you have one Democratic senator who's a big fan of Phil Scott. No surprise," Pearson says. "I'm not hearing about Democrats who are all climbing on board with that strategy."

But Mazza's not alone. At least two other Senate Democratic heavyweights now say that they, too, have Scott's back.

"I'm certainly going to be supporting him," says Senate President Pro Tem John Campbell (D-Windsor). "There's no Democrat in the race. Dean Corren might be a nice guy, but this is one where I feel Phil has done a very good job."

"Over the years, I've found Phil to be a very reasonable and able leader of the Senate, in terms of presiding officer. I'm very comfortable with him," Sears says. "I obviously want to wait until I talk to Phil [to endorse him], but it's public now, so what the hell!"

While Mazza, Campbell and Sears say many of their colleagues share their view, not every Senate Dem is ready to be cast in the buddy flick.

"I'd go out for a beer with [Scott] any time, but politics and friendship are different," says Sen. Claire Ayer (D-Addison). "I enjoy working with him. I would be happy to serve with him again, but I will not be voting for him."

Why not? Though the LG has few official duties, his tie-breaking vote in the Senate two years ago nearly killed a bill allowing terminally ill patients to end their own lives — a cause Ayer had long championed. (The bill was later resurrected.) She worries that with single-payer financing on the docket next session, the lieutenant governor could again be called on to break a tie.

"We have a lot of conservative Democrats in the Senate, so what if it comes down to that?" she asks. "I couldn't live with myself."

Only 1,592 American journalists spend their days haunting statehouse committee rooms, according to an exhaustive new census released last week by the Pew Research Center, and only half of those do so full-time. Compared with a 2003 tally conducted by the American Journalism Review, the number of statehouse newspaper reporters has declined by 35 percent in the past decade.

That's a problem, says Mark Jurkowitz, associate director of the Pew Research Center's Journalism Project, because what happens under the dome really matters.

"In many respects, partly because of the gridlock of the federal level, it seems like a lot of the important policy debates are being hashed out at the state legislative level," he says.

Though the ranks of Vermont's Statehouse press corps have thinned in recent decades, Pew's study found ours to be more robust than most comparable states. Or a little less terrible, if you're a glass-half-empty type.

Vermont has more full-time statehouse reporters per capita than any other: 13, or one for every 48,000 people. And that's not just because we're tiny. Our statehouse scribes outnumber those in 25 other states — including Louisiana and Colorado, which have populations that are seven to eight times the size of Vermont's.

Pew analyzed a number of demographic factors to explain the state-by-state discrepancies but found that only population and the length of a state's legislative session correlated to the size of its capitol press corps.

So why is Vermont doing better than its peers? Jurkowitz theorizes that Vermont's relatively small size enables reporters to travel to the state capital. He also credits what he calls Vermont's "vibrant media culture."

Comparable historical data are scant, but current and former reporters say Vermont has always punched above its weight.

When Darren Allen moved to the state in 2003 to head the Vermont Press Bureau, which provides coverage for the Rutland Herald and the Barre-Montpelier Times Argus, it boasted as many statehouse reporters as the Baltimore Sun, for which he previously worked. But Allen, now a spokesman for the Vermont-National Eduation Association, says he's witnessed a serious decline.

Ditto Jack Hoffman, who spent 20 years at the Press Bureau and is now a senior policy analyst at the Public Assets Institute.

"There's not nearly as much coverage as there used to be and, you know, I think there should be more," he says.

Hoffman recalls when two wire services — the Associated Press and United Press International — dispatched several reporters apiece to cover the Statehouse. UPI is long gone and the AP's Montpelier bureau has dwindled to three permanent staffers — only one of whom, the tireless Dave Gram, regularly reports from the Statehouse.

"Everybody was trying to beat everybody else on the next little tidbit of information," Hoffman says. "Now, people write about a story and then move on to something else. I think that's partly due to the lack of competition."

Despite a clear decline in the number of print reporters covering the Vermont Statehouse, the Pew report spotlights a couple of promising trends. While 86 percent of local television stations don't send a single reporter to their state capitals, all three of Vermont's network affiliates — WCAX, WPTZ and FOX44/ABC22 — maintain a regular presence.

Vermont is one of seven states whose largest statehouse bureau is run by what Pew calls a "nontraditional" news outlet: in our case, the online-only nonprofit VTDigger. Pew actually undercounted Digger's current strength; it has five fulltime statehouse reporters, not three.

In recent years, Digger has made up for declining print coverage by providing content to more than a dozen news outlets, from the Valley News to the Brattleboro Reformer to the St. Albans Messenger.

But Digger founder Anne Galloway isn't boasting. She bemoans the cuts she's seen since she got her start at the Hardwick Gazette in 1988.

"The press corps, in general, is really a shadow of its former self," she says. "I think what we're doing is important, but I think the Pew study rightly points out there's still a crying need."

"I think now people are stepping back a little bit ... It's not just this oversaturation of Statehouse coverage, as it was before," he says. "So in a way, I think it serves viewers, listeners, all sorts of folks better now."

The original print version of this article was headlined "Oh, Boies!"