Off Center for the Dramatic Arts Finds a Home: Next Door 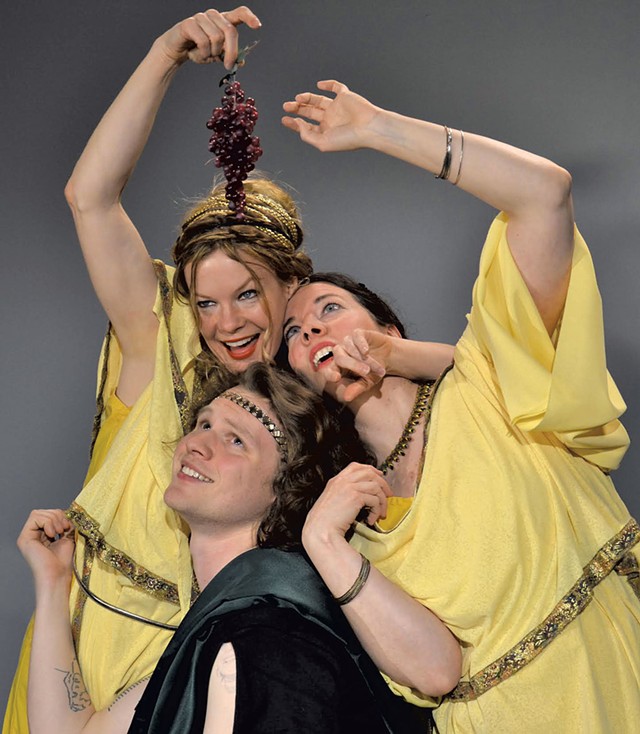 Last June, Burlington's Off Center for the Dramatic Arts got the news that no scrappy arts organization — or anyone, really — wants to hear: Its lease would not be renewed. Founded in 2010 in an Old North End building at the corner of Archibald Street and North Winooski Avenue, OC would have to find new quarters by the end of May 2019.

Well, guess what? After all those months of looking, says OC director Laura Roald, the nonprofit found new quarters right next door.

As it happens, Ben Bergstein and April Werner, who have long operated North End Studios in the same building, "were trying to figure out [their] next chapter simultaneously," says Roald. After the couple decided to move some of their activities to the O'Brien Community Center in Winooski, the two smaller studios, B and C, became available. They had been used for dances, community meetings and yoga classes. (The large Studio A will remain in the building for the foreseeable future; Bergstein and Werner have also begun programming events at the O.N.E. Community Center on Allen Street.)

Roald, board members and a crew of volunteers will spend the next month or so transforming Studio B into a black-box theater: moving lighting equipment, window covers and seating into the new space; installing a false floor (so as not to ruin the hardwood dance floor); and, of course, painting the walls black.

"This will be more of a pure black-box studio," Roald says, noting that the space can be configured to fit the renter's needs. The current 65-seat OC occupies the building's former loading dock, which gives it a natural proscenium stage. "There are lots of creative possibilities [in the new space]," Roald says. "I'm excited to see what people do with it." 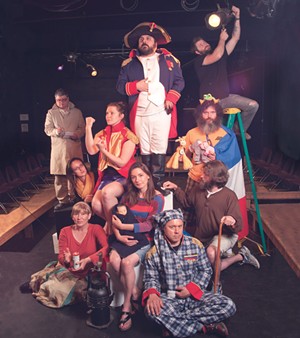 She adds that the board's goal is to be able to offer the same "basics" that the OC has had for nine years. That poses two challenges: "how to make the technical booth movable" and how to assemble "systems we can offer for projections, to meet the demands of the users," Roald says.

With the move, the OC is giving up its modest office space, but it's gaining a smaller room (Studio C) that can serve as a green room on production nights and a rehearsal hall for events with typically modest turnouts, such as play readings. Roald anticipates being able to rent the room for other community uses, as well.

Right now, it's all about getting the new performance space up and running. "This is a pretty wild and exciting time for us," Roald says.

Studio B will not be the OC's forever home, however. "We have until October 2022," Roald explains. "We'll continue to look for a space with higher ceilings and more visibility. We've struggled with getting people aware of who we are and where we are."

Roald says she hasn't heard anything yet about what might move into the OC's old space. But if it's a food or drink enterprise — which has been the trend in the neighborhood — she thinks that's just fine. "We love having an active social life around us," she says. "We just want to make sure artists have spaces to go to."

This Saturday, May 18, OC is throwing itself a closing-night party, open to the public. On Sunday, Montpelier's Lost Nation Theater will hold private auditions in the space, Roald says. And then the OC will prepare for another grand entrance in July.

Closing Night Party, Saturday, May 18, 7:30 p.m., at Off Center for the Dramatic Arts, Burlington. Donations