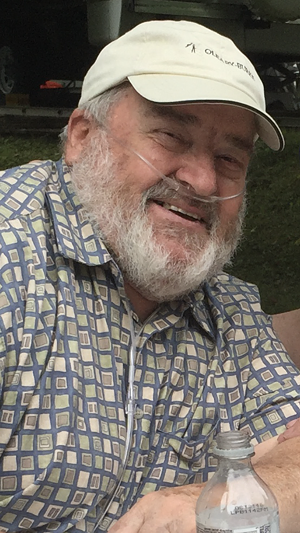 Bill was born on October 14, 1938 in Burlington, Vt., the son of John Walter Burke and Lois Gardiner Burke. He grew up and graduated from Middlebury Union High School, where he was 1956 senior class president. He played football, baseball and basketball and was inducted into the MUHS Alumni Association’s Hall of Fame in 1998.

He married Regina J. LaFayette of Middlebury in October 1958. They had three children, then divorced in 1975 but later reconnected, staying friends to the end.

Bill received a bachelor of science degree in agriculture in 1963 from the University of Vermont, where he remained active in sports. After college, Bill passed up a semi-pro football offer and instead accepted a U.S. Air Force commission, attending pilot training and working as a jet pilot instructor at the Vermont Air National Guard for 16 years, retiring as Major Burke. He was proud to share that, between flight school and VTANG, he piloted 10 different aircraft. After military service, he worked for the Occupational Safety and Health Administration for 10 years in Camillus, N.Y.

An avid hunter, he also enjoyed golfing, swimming (at Fern Lake and Lake Dunmore camps), playing cards, cribbage and conversations. Following retirement, Bill wintered for several years in Tavares, Fla., and summered in Vermont, catching any family sporting event that he could.

Bill was predeceased by his cherished siblings, Phyllis Cunningham, Joyce Stout and John Burke. He is survived by his children, JoAnn Burke Fisher and spouse John (Rob) of Asheville, N.C.; John Mitchell Burke and spouse Ann of South Burlington, Vt., and their children Connor and Isabel; David William Burke and spouse Karen of Essex Junction, Vt., and his children Jenna (spouse Maxwell Swomley), Alexa and Mariah; and William (Billy) Burke Jr. of South Burlington, Vt., and his son Braxton; as well as by several cherished nieces and nephews. He was also predeceased by lifelong friend Dick Mitchell and is survived by his best buddy Jim Goodrich.

Per Bill’s wishes, no funeral or services will be held. A private family celebration of life will be held this summer, and his ashes will later be spread on self-named “Papas Ridge” in a West Hebron, N.Y., 100-acre hunting camp. The family thanks Gazebo Senior Living for six years of care and McClure Miller Respite House for three peaceful weeks.