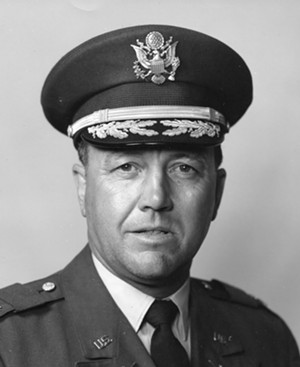 Colonel Bourgeois enlisted in the United States Marine Corps on February 4, 1943, and served in the Central and South Pacific during World War II. He enlisted in the Vermont Army National Guard on May 12, 1947, and was commissioned as a second lieutenant on September 4, 1950, with an assignment as platoon leader with Tank Company, 172d Infantry Regiment , 43d Infantry Division. He was called to active duty with his unit on September 5, 1950, and served in the Army of Occupation in Germany. He was promoted to first lieutenant on March 5, 1952. Colonel Bourgeois was released from active duty on July 27, 1952, and was assigned to the Inactive National Guard. He returned to active guard status on September 18, 1952.

On December 28, 1952, he assumed command of Tank Company, 172d Infantry Regiment, 43d Division, which he had reorganized after returning from active duty. He was promoted to captain on May 17, 1954. On May 16, 1959, he was assigned as Operations and Training Officer, of the 1st Medium Tank Battalion, 172d Armor, and was promoted to major on July 28, 1959. He was reassigned as Battalion Executive Officer on August 8, 1960, and as Battalion Commander on April 1, 1963. Colonel Bourgeois was transferred to Headquarters and Headquarters Company, 86 Armored Brigade on January 1, 1965, and was assigned as Brigade Operations and Training Officer. His next assignment was Brigade Executive Officer on September 6, 1966. He remained in this position until he assumed the duties of Brigade Commander on March 1, 1970.

He was promoted to the rank of Colonel on March 15, 1970 and was assigned as Assistant Division Commander, 50th Armored Division,