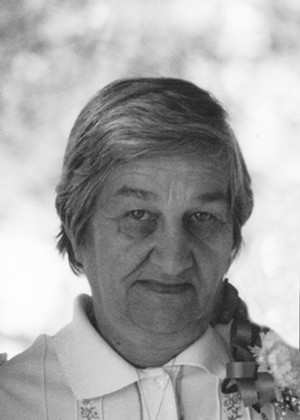 Velma Mary Irish, age 78 years, died early Friday morning February 6, 2015, at her home with loving family at her side.

Born in Colchester on July 12, 1936, she was the daughter of the late Donald and Ruby (Trayah) Shores. She attended Milton schools and on October 13, 1956, was married to Bertrand Irish who predeceased her on January 10, 1997.

Survivors include four daughters, Ruby Irish of Alburgh, Candy Rolls and husband Brian of Alburgh, Julie Pease and husband Chuck of Alburgh and Brenda Irish of Saint Albans; three sons, Paul Irish and fiancée Maryanne Eithier of Swanton, Donald Irish and wife Joan of Swanton and Daniel and wife Angie of Alburgh; a half-sister, Della Bruyette of Cape Coral, Florida; a total of 53 grand and great grandchildren and special cousins, Dick and Shirley Shores of Fairfax.

In addition to her parents and husband Bertrand, Velma was predeceased by a son Billy Joe on June 2, 1961 as well as four brothers and one sister.

A Funeral Service will be held Saturday, February 14, 2014, at 1 p.m. from the Alburgh Volunteer Fire Department Hall, 4 Fire House Drive, Alburgh. The Reverend John H.D. Lucy will officiate. The family will receive friends at a reception immediately following the service.

Gifts in Velma’s memory may be made to the American Diabetes Association, Vermont Affiliate, 77 Hegeman Avenue, Williston 05446 or to the Franklin County Humane Society, 30 Sunset Meadows, Saint Albans 05478.