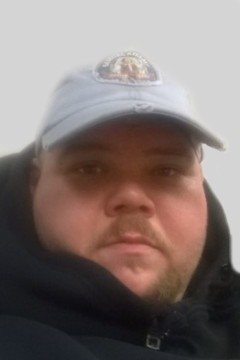 Born in St. Albans on, October 23, 1977, he was the son of Pamela Wells Rich. He attended Missisquoi Valley Union High School and was well known for his masterful ability with fixing and building computers. He also enjoyed cooking, going to the beach, fairs, concerts and playing video games. He was a lifelong member of the Abenaki Nation of Vermont.

In addition to his mother, Pamela Rich of Swanton, Travis leaves his maternal grandmother, Alma Wells of Enosburgh Falls; three step brothers, Bruce Rich, Jr., of Swanton, Cash Rich of St. Albans and Wayne Rich of Burlington; Two uncles and aunts, Bob and Ann Wells of St. Albans and Terry and Linda Wells of FL; his devoted canine companion Emmy and many many friends.

A Time of Remembrance will be held on Friday, November 20, 2015 from 7 to p.m. at the Abenaki Nation of Vermont Tribal Headquarters, 100 Grand Ave., Swanton. Interment will take place later at the Wells family lot in Riverside Cemetery.

Gifts in Travis memory may be made to assist the family, in care of, Pamela Rich, 81 Grand Ave., Swanton 05488.

Arrangements are under the direction of The Kidder Memorial Home, 89 Grand Ave. Swanton 05488.