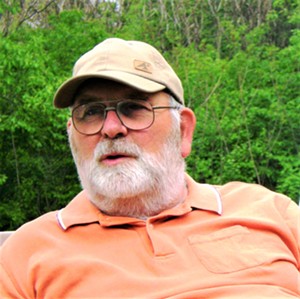 Thomas William Hitchcock passed away on April 2, 2021, with his daughters nearby. He had been kindly cared for at the Respite House in Colchester during his last days.

Tom was born at home in Manchester, Vt., on February 7, 1936, the son of Eleanor Stone and William Hitchcock.

He grew up in the Manchester area and enjoyed hunting, fishing and scouting. He earned the Eagle Scout badge with his childhood friend Dave Harwood.

In 1950, his mother moved Tom and his two sisters, Barbara and Elizabeth (Betty), to Texas. His football coach arranged for Tom to move back to Manchester to be cared for by his aunt and uncle, Bob and Ruth (Stone) Fowler, who ran a chicken farm.

While in high school at Burr and Burton Seminary (1954), sports were Tom’s main focus. He played football (Texas Tom), baseball and basketball, as well as downhill skied.

During his junior year of high school, he met the love of his life, June Gilbert, on a blind date. They continued to date while she was in nurse’s training at Mary Fletcher Hospital and he attended the General Motors Mechanic’s program in Flint, Mich. They were married in 1956 in the Dorset Congregational Church.

They spent a few years living in Pittsfield, Mass.; South Dorset, Vt.; Charlottesville, N.C.; and Burlington, Vt., before buying a house on the River Road in Underhill, Vt. There they raised their family and were a fixture of the community.

Tom was an accomplished builder who supervised the building of the original Bolton Valley base lodge, the original Sheraton hotel before the interstate was built and many homes throughout Chittenden County. He was also the clerk of the works for the Underhill Central School addition. In 1978, he took a job at the Essex Vocational School teaching home building to high school students until his retirement in 1997.

In 1967, he joined the Mount Mansfield Lodge of the Masons, then in 2018 was awarded a 50-year certificate. In the early 1970s, he served in several town government positions as a board of adjustment and on the selectboard.

He is survived by his five daughters: Ginger McDowell (Greg and Michele Boomhower), Sandra Wilmot (Tim), Jennifer Bedell (Jim), Carol Hitchcock (Ed Salls) and Mary Streeter (Bob); his 11 grandchildren and 12 great-grandchildren; his sister Elizabeth Rood; and his aunt Ruth Fowler. He is predeceased by his wife, June (2017); grandson Will McDowell (2019); and sister Barbara Genzabella (2015).

The family will have a private burial at a later date and is planning a memorial service in Underhill/Jericho in July. Those who wish may make a memorial contribution to the University of Vermont McClure Miller Respite House.