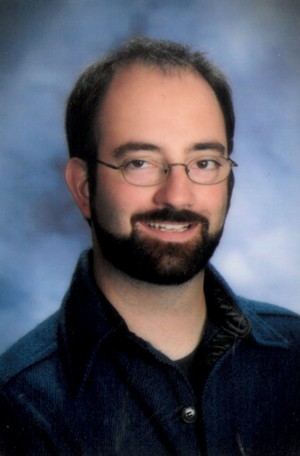 Thomas Bayer Chauncey Little was born in Burlington, Vt., on July 30, 1981, to Thomas Arthur Little and Susan Margaret Keelty Little. He died peacefully May 22, 2019, at his parents’ home in Shelburne, after a spirited, six-month battle with neuroendocrine cancer.

He attended the Shelburne Nursery School and Shelburne Community School, and graduated from Champlain Valley Union High School in 2000. He was active for many years in Shelburne Boy Scout Troop 602; loved skiing and snowboarding the Green Mountains, especially Smuggs; and embraced idyllic summers at his family’s Starr Farm Beach camp. He attended Saint Michael’s College and earned an associate’s degree from the Community College of Vermont and, in 2012, a bachelor’s of science in mathematics, cum laude, from the University of Vermont. After receiving his BS degree, Tom diligently worked towards his master’s degree in mathematics and statistics at the university and was not far from completing it when he died. His mind played tag with the intricacies and concepts of advanced mathematics.

At St. Mike’s and UVM, his love of radio was born, and he hosted shows on WRUV as DJ Tom until late 2018. His was a longtime, devoted student of tai chi under the tutelage of Bob Boyd. He loved to travel, and among his favorites were trips to Japan and Germany.

As a first-year college student, Tom was diagnosed with manic-depressive, bipolar illness. While at times this disrupted his education and other pursuits, it did not define him and never thwarted him for too long. His recovery and persistence were a testament to his character, discipline and, above all, his love of life, family and friends — and of their abiding love for him.

Tom perhaps will be best remembered for his sweet soul and kind and friendly manner toward all. Tom was a devoted son, brother, grandson and uncle, and he cherished his cousins and his network of steadfast friends, especially Rick and Miles. His spirit, humor, persistence and love are a legacy for those who knew him.

Tom was predeceased by his grandparents, Gladys Carolyn Sussdorff Keelty and Peter Raymond Keelty, and George Edward Little Jr. and Elaine Burns Little; and by his uncle, Peter Phelps Keelty.

He is survived by his parents, Thomas and Susan; his sister Jessica Mead Little; his sister Carolyn Phelps Little and her son, Oliver Thomas Crosby, and her fiancé, Daniel Paul Langevin; his Keelty uncles, Christopher Paul Keelty and his wife, Maureen Rago, and Leif David Keelty and his wife, Sally Goodrich Keelty; and his Little uncles and aunt, James Edward Little, William George Little and his wife Mary Roy, and Margaret Elaine Little Cicchetti and her husband Albert (“Bert”) A. Cicchetti. He is also survived by his cousins, Amy, Dustin, Sean, David, Forrest, Paul, Shannon, Elizabeth, Jonathan, Julia, Frank and Lisa; and his parent’s cousins and their children and grandchildren.

Tom’s family is grateful for the compassionate and attentive care he received from the UVM Medical Center, and for the wonderful home hospice care provided by the UVM Home Health and Hospice. Special thanks go to Tom’s namesake, loyal family friend and health care navigator, Thomas R. Chauncey, MD, of Seattle, Wash.

In lieu of flowers, donations may be made to the Little Family Fund at ECHO, UVM Home Health and Hospice, the Episcopal Diocese Alleluia Fund, or the Humane Society of Chittenden County.

Burlington High School Could Be Demolished After More Contamination Found