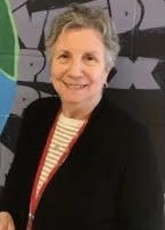 Susan Krasnow, 73, died Tuesday, September 13, at the Vermont Respite House in Colchester. She fought hard against the disease of ovarian cancer and treated each day as another day to live with her family and friends.

Susan was born on April 22, 1949, to Howard and Frankie Lass in New York. She grew up in Long Beach, N.Y., and attended Long Beach High School and then college at Cornell University. Susan was never one to stop learning and earned multiple master’s degrees from the University of Vermont. Susan spent over 40 years dedicated to the field of special education and disability services at the elementary, high school and college level, where she positively impacted the lives of thousands of children and tens of thousands of people in their lives. Her commitment to ensure that all students could learn and achieve was a testament to her belief in that we should all work toward a fair and just world.

In 1970, Susan married Gerry Krasnow and moved to Vermont to raise their family: daughter Alysia; son, Aaron; and daughter Emilie. Family was the most important thing to both of them. That ethic led to two sisters (Susan and her sister Jane Krasnow, née Levitzky) marrying two brothers (Edward and Gerry Krasnow) and buying land together in Charlotte, Vt., so their children could grow up together. They were soon joined on “the hill” by Gerry’s brother Michael Krasnow and his wife, Sumru Tekin. This piece of land, cleared from the side of Mt. Philo, became the place where nine children in the three families would grow up together, just as Susan, Gerry, Jane, Eddie, Sumru and Michael had envisioned. For decades, they supported each other through life’s triumphs and sadnesses, including the death of Gerry in 1998.

Susan found love again and married Edward Cafferty in 2010, and, true to their vows, he was by her side — with steadfast love and companionship — in sickness and in health. When Susan was diagnosed with ovarian cancer in 2018, Ed was with her for doctors' appointments and chemotherapy treatments. Ed was Susan’s primary caregiver for over four years and was holding her hand when she passed away. Susan was very lucky to have found such deep loves in her life as with Gerry and with Ed.

Susan loved many things: her family; her work; traveling all over the world; rescuing old dogs; the music of Elton John, Joni Mitchell, and Weezer; going to concerts with Emilie; and visiting and FaceTiming with her grandsons, Griffin, Henry and Leo Butler, and Jacob Krasnow. She was incredibly proud of her children, and each has followed in hers and Gerry’s footsteps to make their life work focused on family and the welfare of others. An incredible source of pride for Susan was to watch Emilie’s run for the Vermont State House this year, knowing that in public service Emilie would be the change she wished to see in the world.

A graveside service will occur on Friday, September 16, at 11:00 a.m. at the Hebrew Holy Society Cemetery in South Burlington, Vt. A celebration of life will occur at a later date.

May her memory be a blessing to us all.